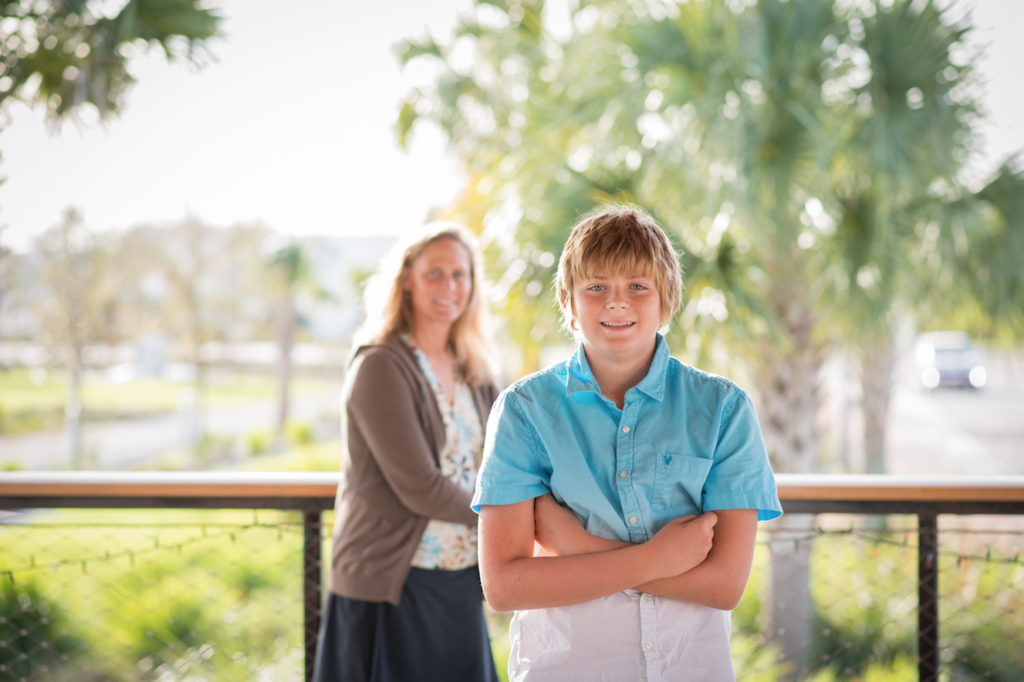 You have most likely heard the word “dyslexia” before, but whether you really understand what dyslexia is is a different matter all together. The effects of dyslexia can vary in severity from person to person, but according to the Committee on Science, Space and Technology, it affects one in every six Americans in some form or another. Let’s take a deeper look into dyslexia.

According to the International Dyslexia Association, dyslexia is “a language based learning ability … a cluster of symptoms, which result in people having difficulties with specific language skills, particularly reading.” This can make school difficult for adolescents with dyslexia, particularly if their dyslexia goes undiagnosed or if they are not given the proper tools to assist them in their education.

Although much research has been done on the subject, the cause of dyslexia is still relatively unknown. However, according to the Mayo Clinic, it has been linked to certain genes involved in brain development, and it appears to be an inherited condition. Dyslexia is not something that can be cured. People who have dyslexia are born with it and will have the condition throughout their lives. However, with the right tools and strategies, the negative effects that it can have on a person’s life can be mitigated. People with dyslexia can be just as successful as those without the disorder — Tim Tebow, Whoopi Goldberg and Steven Spielberg all have dyslexia and it has not stopped them from reaching their goals! In fact, many have noted that those with dyslexia tend to have a great ability to think outside of the box and approach problems creatively.

What are common signs of dyslexia?

If there is a history of reading/spelling difficulties in your family, then you may want to keep an eye out for some of the following when your children are young. According to The Yale Center for Dyslexia and Creativity, trouble learning common nursery rhymes, mispronunciation of familiar words and difficulty sounding out words once they start to learn to read are common signs of dyslexia.

How does dyslexia affect those who have it?

Dyslexia affects approximately 8.5 million school children, according to the Committee on Science, Space and Technology. And although you may think that dyslexia only really affects students in their language arts classes, reading goes well beyond what you do in English. Dyslexia can even affect students in their math classes when faced with word problems, even though that student may excel at math in other circumstances.

“One of the issues … is that a lot of kids with dyslexia fall through the cracks because they’re very intellectually capable,” said Kara Dawson, a professor of educational technology at the University of Florida, whose son Drew has dyslexia. “They don’t get support because they’re not failing.”

Unlike other more obvious conditions, dyslexia is not something you can see. Anyone can have dyslexia, and you wouldn’t necessarily know it unless they told you. Drew Dawson and Camron Barnett are both students at P.K. Yonge Developmental Research School and they both have dyslexia.

Drew’s mother Kara first noticed that something might be different with Drew’s reading ability when he was in preschool. “It was obvious that he was really, really smart, but struggling a little bit with the reading,” said Kara. But it wasn’t until he was in third grade that he was formally diagnosed and started working with someone on his reading skills. Because Drew does not qualify for school services, he sees someone outside of the classroom to help him with his reading and spelling.

Although reading, spelling and writing are all more difficult for Drew than the average student, Drew’s favorite subject in school is still Language Arts (along with civics), and that has everything to do with his teacher, Dr. Mundorf, who specializes in inclusive teaching. “He has probably the best class I’ve ever seen in terms of accommodating different kinds of students,” said Kara.

Having dyslexia doesn’t seem to bother Drew one bit. He still enjoys reading — “Diary of a Wimpy Kid” series and the audio version of the “Harry Potter” series are among his favorites. He also enjoys sports, like basketball, baseball and wakesurfing, and when he grows up, he either wants to be a professional basketball player, a Youtuber (focusing on flips and Parkour) or an engineer — a subject that Drew has had an affinity for since he was just 3 years old.

Up until just a few months ago, Camron didn’t know anyone with dyslexia, so his mother Misty Barnett wanted to find a mentor who could relate to what he had been going through.

“I wanted an older student who had been successful and could show Camron [that] even though you’ve got challenges, you can overcome them,” said Misty.

After learning that there would be a panel of UF students with dyslexia speaking at an Understanding Dyslexia in Gainesville meeting, Misty decided to take Camron with her so that he could hear about other students’ experiences. That’s how Cam met Byllingston Jean.

Byllingston, who discovered that he had dyslexia in his freshman year at UF, was asked to participate in the panel, and he was excited at the opportunity to share his experiences. “I knew that parents would be there so I felt like there would be a good chance to share with the parents my difficulties with [dyslexia] because my parents didn’t really understand it,” said Byllingston. Speaking about dyslexia is a passion of Byllingston’s and he attends conferences through the Florida Ronald E. McNair program about his research into dyslexia.

“Dyslexia doesn’t define your intellectual ability,” said Byllingston. “If you get the proper help and have accommodations, you’ll be fine.”

Cam and Byllingston connected during the meeting, and the Barnetts decided to invite Byllingston to lunch.

“On the drive home, Camron said to me ‘Mom, that’s the first person I’ve met with dyslexia’ and for me that was huge because he was able to identify with someone that was like him,” said Misty.

Since then, a friendship has blossomed between the two of them, with Byllingston cheering Cam on at his soccer games and even visiting Cam at school for lunch.

“I think for someone to invest their time and give back is huge,” said Misty. “Every kid should have a Byllingston.”

How does technology help those with dyslexia?

Both Cam and Drew use Google Read&Write on occasion, a voice to text tool that offers support for students with learning difficulties, dyslexia or ELL/ESL. And at UF Byllingston uses a machine that scans his documents and reads them back. However, despite these resources, students with dyslexia may still run across issues with material that isn’t designed well, like digital textbooks that do not take advantage of the digital medium.

Kara’s specialty in the College of Education is researching how to develop technologies that aid students with learning disabilities like dyslexia.

“There’s a lot of technology, but [we’re] trying to figure out how to best leverage it in the schools when each student’s needs are different,” said Kara.

There are many options for helping dyslexic learners from changing displays, to having things read to you. The main framework that Kara works within is the Universal Design for Learning.

“It’s basically multiple means of engagement, multiple means of representation and multiple means of action and expression, and if you can work all of those into a classroom environment, you should meet the needs of a lot more students,” said Kara. “It’s not just about the technology, but it is a framework to think about how to make the curriculum accessible to everybody.”

Misty Barnett and Kara Dawson both mentioned helpful they have found Understanding Dyslexia in Gainesville, founded by Blake Beckett. Blake began UDIG three years ago after her own son received a dyslexia diagnosis. “I have been a public school teacher for 20 years now and was shocked at how confusing the entire process was from realizing my son was struggling in school, to seeking out private evaluation because he was not struggling enough to trigger evaluation within the school system, to trying a few expensive interventions that did not help my son at all,” said Blake.

After watching “The Big Picture: Rethinking Dyslexia,” Blake realized how beneficial a parent support group for children with dyslexia could be, and so she was inspired to found UDIG.

UDIG hosts three to four meetings a year with anywhere from two to 25 attendees. The meetings run the gamut from focusing on the types of technologies that can support kids with dyslexia to hosting a panel of UF students with dyslexia to talk about their experiences. (This is the meeting that Cam and Byllingston met!)

“Getting parents and children together to talk through our experiences seems to help us feel less isolated and perhaps more brave in doing the hard work of advocating for and guiding our children in their journey,” said Blake.

Introduce Your Baby To The Love Of Reading With These Books

Learn More About The ACPS One Mill Ballot Item Before You Vote!

How To Steer Clear Of Fall Allergies

College Applications: What Does Your Student REALLY Need To Apply?