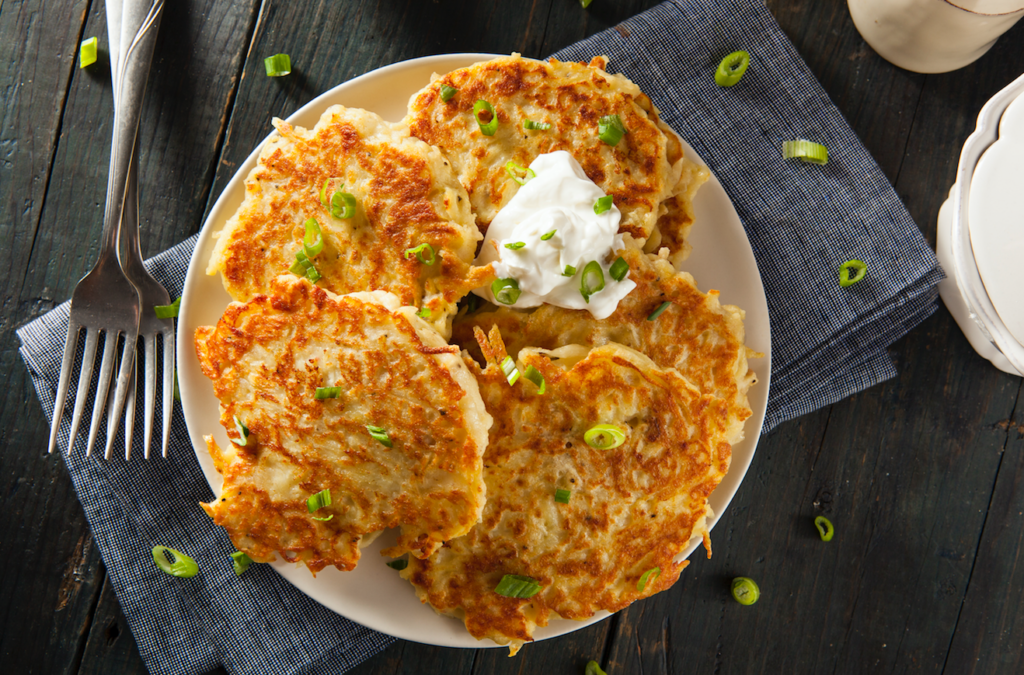 … if you can’t make boxty, then you’ll never get a man! Or at least that is how the old Irish saying goes. Boxty is an Irish potato pancake typically made with both mashed and raw, grated potato, that can be eaten as a side dish, as part of an Irish breakfast or on their own! Traditional recipes do not call for cheese, but I am of the school of thought that cheese makes everything better, so this recipe incorporates shredded white cheddar. If you want to keep the dish more traditional, though, you can always omit it!

Salt and pepper to taste

In a large bowl, coat the grated potatoes in the flour. Mix in the mashed potatoes, cheddar and chives until well incorporated. In a small bowl, whisk together the egg, milk, salt and pepper, then stir into the potato mixture.

Heat the canola oil in a large skillet over medium-high heat. In the meantime, form the mixture into six patties about ½-inch thick. Add the boxty to the skillet and cook for about 3–4 minutes per side, or until golden.

Drain the pancakes on paper towels and eat while hot. Serve with melted butter or sour cream.

*To save on time, you can use pre-made or instant mashed potatoes.