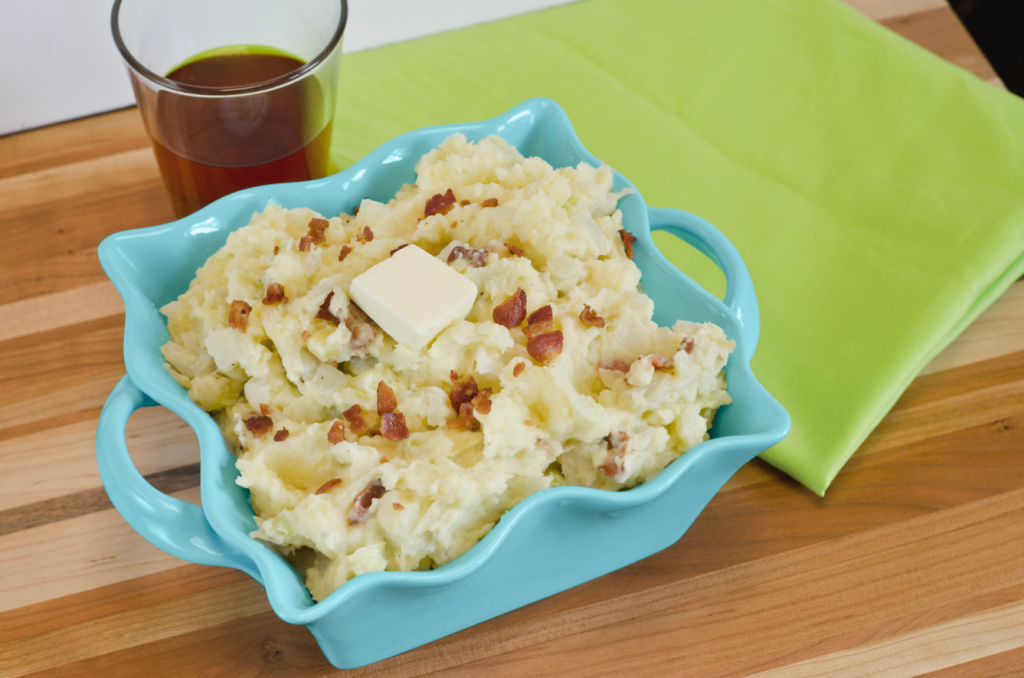 Colcannon is a staple in Irish cuisine. In fact, it used to be served as a main dish instead of a side dish, as it usually is today. Depending on what county you’re from in Ireland, traditional colcannon recipes can vary slightly, but it is typically made with mashed potatoes, cabbage or kale and boiled ham. This recipe stays relatively close to the original, with just a few updates for those of you who (like me) can’t stomach the idea of eating boiled ham!

Salt and pepper to taste

Place potatoes and garlic into a large pot and cover with cold water. Salt the water and bring to a boil over high heat. Cook potatoes for 15–20 minutes, or until they are soft and easily pierced with a fork.

Meanwhile, cut bacon into strips and cook in a large skillet over medium-high heat for 5 minutes, or until bacon is crisp. Remove bacon with a slotted spoon and set aside. Reserve the bacon drippings.

Add cabbage and onion to the same skillet with the bacon drippings and cook over medium heat until both vegetables have become soft and translucent, about 10 minutes.

Drain the potatoes and garlic, and transfer to a large mixing bowl. Add milk and butter, and mash with a fork (or use a hand mixer if you prefer no lumps in your mashed potatoes) until smooth. Mix in cabbage, onions and bacon, and season with salt and pepper.