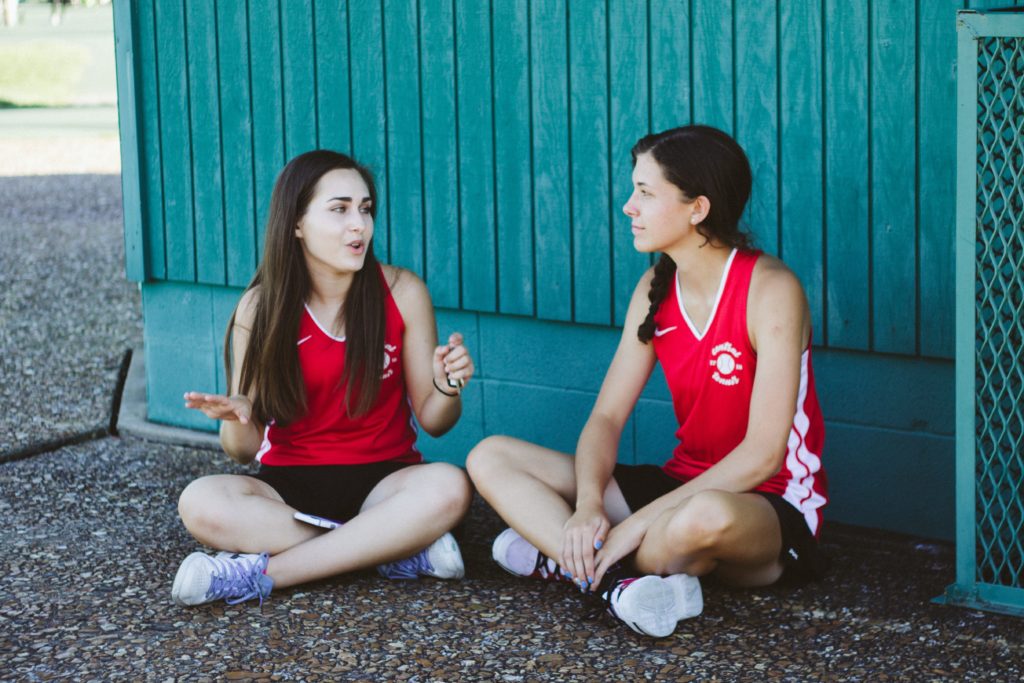 Do you remember hiding in the bathroom stall at school when you were 13 because the popular girl in class told the boy you were crushing on about the hearts you drew all over your notebook with his name strewn across them? What about the time you came home from school in 10th grade — tears welled up in your eyes, cheeks flushed and your generic brand mascara cascading from your lashes — because high school’s queen bee embarrassed you in front of all of your friends?

We have all fallen victim to mean girls when we were growing up. It was one of those rites of passage to the infamous teenaged years that we wished we could avoid — like an awkward first kiss, the dreaded but inevitable braces and acne phase and the negligible girl drama that seemed catastrophic at the time.

It is a tale as old as time — one that has continued on a vicious, rampant cycle long before Regina George concocted a burn book full of outlandish and hurtful lies about her female classmates and declared that “on Wednesdays, we wear pink” in the 2004 aptly titled film, “Mean Girls.”

The movie portrayed the all-too-real story of the new girl at school, trying to navigate the social scene and falling victim to heightened social havoc before becoming just like one of the plastic, pretentious, self-absorbed girls who once tormented her. “Mean Girls” is a movie we can all identify with — whether we’ve been the new kid or witnessed someone else attempt to integrate into an unfamiliar place during the emotionally challenging teenaged years.

But it is not only teens who are subjected to the cattiness that mean girls exude. The meanness has followed a ripple effect — reaching girls as young as the first grade.

“My daughter has been left out of conversations, groups and activities,” Julie*, a Gainesville mom said. “She was once left at the lunch table to eat by herself because the group got up and walked away from her.”

“A girl my daughter had been good friends with in elementary school turned very toxic when they entered middle school,” Lori*, a Gainesville mom said. “It started with small derogatory comments about my daughter’s appearance, such as her clothes or how she chose to wear her hair, but then it became bigger — with openly belittling her choices to do well in school or to make the ‘goodygoody’ choice.”

And the meanness does not stop there. If it does not come in the form of visible exclusion, it appears in the piercing smirks, the snarky giggles, the not-so-faintly whispered insults in the hallway and the blatant verbal attacks on a girl’s hairstyle, her T-shirt or her thick-framed glasses. Ill-intentioned girls can make even the cutest of quirks seem like formidable misfortunes.

So where does this seemingly arbitrary meanness stem from? What makes some girls believe they have the power or the right to dictate where their peers sit at lunch, what they wear to school or whom they socialize with? Why do some girls feel superior to others — entitled to prime seating, to compliments, to a posse of so-called friends who follow them around mimicking their every head tilt and hair flip?

Jealousy must be the culprit — insecurities, too. Girls put other girls down to make themselves feel better — to justify their own flaws. Because your love handles won’t seem as overbearing if everyone is focusing on another girl’s freckled cheeks, right? And your frizzy hair won’t be made fun of if everyone  is too busy thinking up penetrating jabs about another girl’s zit. But this seesaw theory is not the answer.

“In a world where we constantly compare ourselves to others, girls have it hard starting at a very young age,” Lori said.“Girls are very impressionable and are constantly bombarded with images of how they should look, act and feel.”

It is daunting for anyone to feel constrained by so-called social norms. Add peer pressure and the desire to fit in to the equation, and you have a volatile situation that can send young girls downward spiraling into a whirlwind of skewed perceptions of self worth and what it means to be beautiful.

According to the National Crime Prevention Council, only 15 percent of girls who witness bullying choose to speak up. This is usually because the girls are worried that by drawing attention to the situation, the bully will turn on them. It is important for parents to instill confidence, individuality and self-esteem into the minds and hearts of their malleable children to ensure that they do not fall victim to mean girls — or become mean girls themselves.

In an era where social media dominates young lives, there are even more outlets for mean girls to target others. According to the Cyberbullying Research Center, young girls are more likely to experience cyber bullying, with 40.6 percent of female respondents saying that they had been bullied as opposed to 28.8 percent of male respondents.

While the anonymity factor gives girls the freedom to be their truest selves, it also fosters an environment for mean girls to speak candidly from behind a computer screen. Cyber bullying has become a popular method for mean girls to unleash their cruelest thoughts and diminish the confidence of their peers. And because cyberspace can be difficult to monitor, it can be a challenge to hold mean girls accountable for failing to recognize the splendor of our dissimilarities.

“The basic ideas that we are different and valuable in our own way and that everyone has their own strengths and weaknesses are extremely important,” Lori said. “When children feel that they are valuable and have something to contribute, it helps to combat low self-esteem, and that makes it easier for them to stand up to meanness.”

And who better to insist upon their greatness than you — their parents, their most influential role models and biggest cheerleaders? Who better to point out their strongest character traits, their beauty and their natural talents than the people they trust and value more than anyone else?

The cycle of meanness can break with a little help from you. By raising girls who embrace their assets and are mindful of their shortcomings, you can infiltrate the world with tolerant young women — ones who are not afraid to stand up for themselves and what they believe in. And while they may recognize the deficiencies in others, they won’t dare use those against them.

So here’s to hoping no girl has to approach a lunch table of seemingly nice girls only to be told, “you can’t sit with us.”