Home » latest post » Debunking the Myth: In Defense of the Black Cat 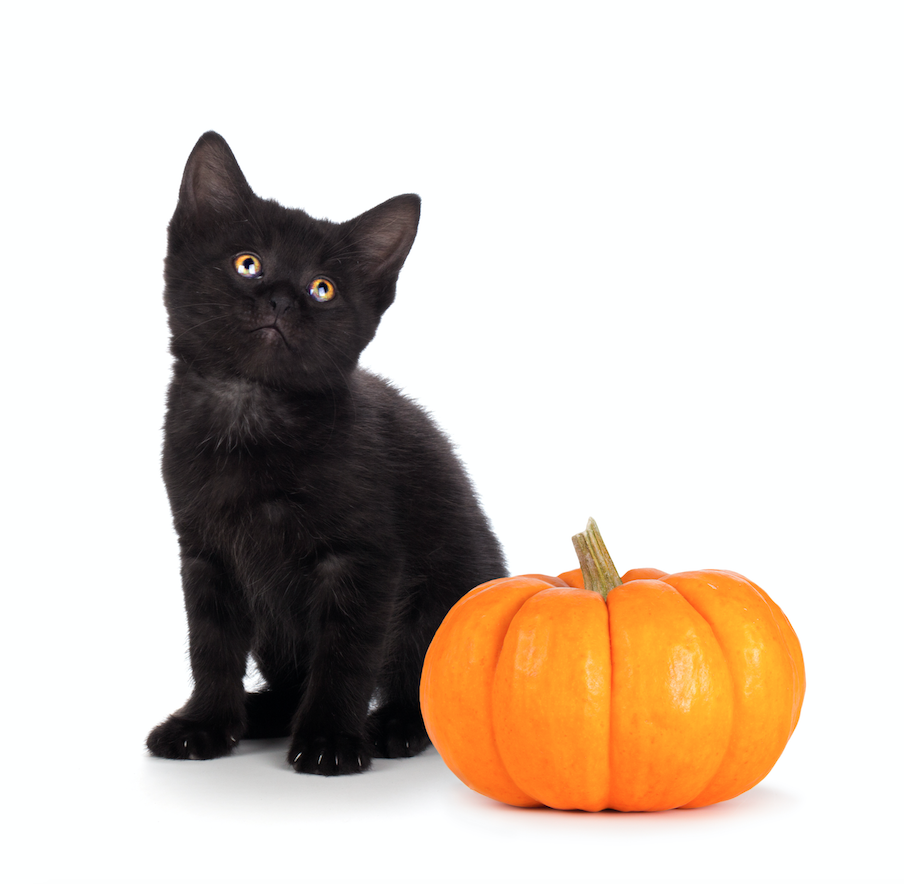 Black cats have gotten a bad rap. Often associated with bad luck or evil, these kitties have some of the highest euthanasia rates of all the different color cats in shelters, according to the American Society for the Prevention of Cruelty to Animals. Back cats are also two-thirds less likely to get adopted than white cats, and it is said that black cats can take two to three times longer to get adopted. Despite the myths surrounding them, black cats need furever homes just as much as the next cat!

The myth that cats are bad luck stems from European medieval times. Black cats became associated with evil because they roamed around at night and were believed to be conspiring with witches. It was even believed that black cats were witches in disguise, and some Europeans began exterminating cats (and alleged witches). This did not quite work out as well as they hoped, though. It is believed that the scarcity of cats led to a rapid increase in the rodent population, which in turn led to the spread of the plague (or black death). Once people learned that rats and fleas were the cause of the disease, the cat population began to thrive again.

However, before all this negative press, cats were worshipped in ancient Egypt. They were respected and treated like members of the family because they kept rodents out of homes and away from food. They were thought to bring good luck to the household and were considered magical creatures. When a cat died, they were mummified and the owners would shave off their eyebrows to show that they were mourning.

There are some cultures that actually do regard black cats as good luck. The Japanese call them “maneki neko,” which means “lucky cat.” Lucky cat toys and trinkets can be found in many Asian gift shops, restaurants or salons. You have probably seen them before by the register!

If you are in the market for a new fur-baby, consider adopting a mystical black cat. Margot DeConna, the director of development for the Alachua County Humane Society, and Danielle Cummings, the development coordinator at Gainesville Pet Rescue, said that black kittens and teens are often the last pets left in the shelter.  Black cats are just as likely to love you as any other cat, and their hair will not show up on all your black clothes!