Home » latest post » “Does That Have Peanuts?” One Mom’s Journey of Raising a Son with a Food Allergy 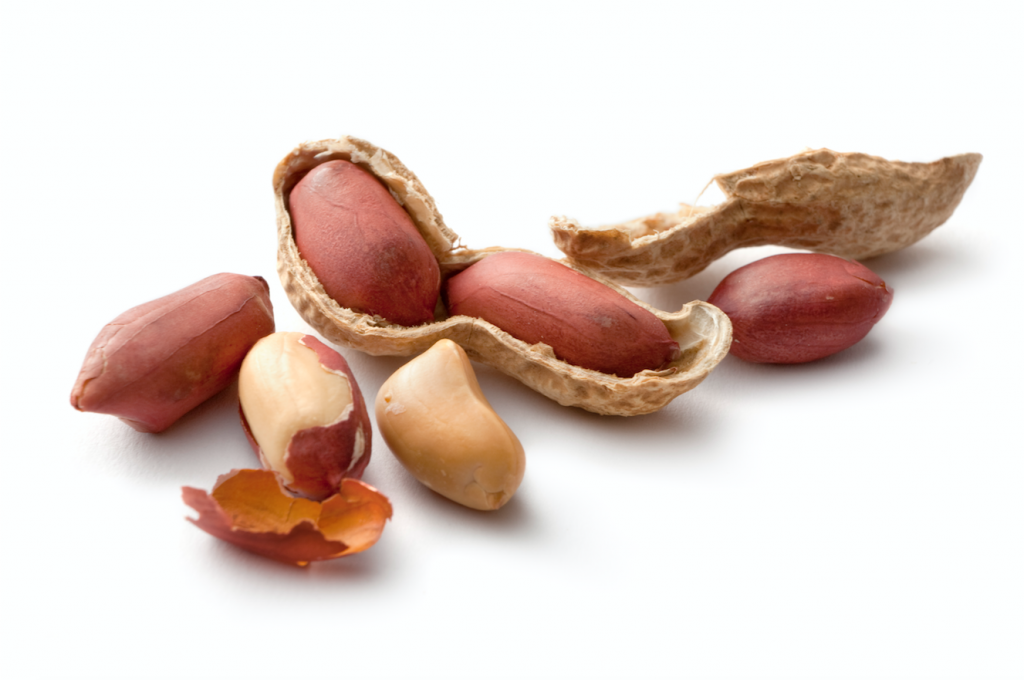 For us it started with the innocent bite of a peanut butter and jelly sandwich at a birthday party followed by an errant piece of Halloween candy containing peanut butter and finally a few chicken nuggets fried in peanut oil. His symptoms ranged from hives to swollen lips and eyes to severe abdominal pain. A blood test and a skin test confirmed what we had suspected.

Our son was allergic to peanuts.

And, for this first-time mom with little experience in dealing with a food allergy … I was scared. Very scared.

The fear wasn’t limited to the physical aspects of having a child with a severe allergy. Yes, I was afraid to let him out of my sight. The school, grandparents, parents of his friends and any caregivers had to be trained on how to use an epinephrine injector (most commonly known as the brand Epi-Pen). We had to learn to read labels on prepackaged food and how to inquire at restaurants and people’s homes about what ingredients were in foods. It is a sobering task to teach your 3-year-old how to ask, “are there peanuts or peanut butter?” anytime anyone gives him something to eat. We learned about cross contamination. For example, he can never eat M&Ms. Even the plain ones contain too much peanut dust to be safe.

There was another factor to overcome as well, one you wouldn’t expect; the social stigma. Today, food allergies, gluten intolerances and specific diets are all commonplace, especially among school-aged children. You would think that would mean the world has become more tolerant to these differences from the norm, but as everyday as they are, these are still children that don’t like to be different from their peers. My son spent his very first day of kindergarten lunch at the “peanut table” sitting all alone with tears streaming down his face. Thankfully a dear neighbor friend of ours was at the school volunteering, saw him sitting there and went over to comfort him. The peanut table was intended to protect him, I knew, but it seemed like a punishment to him for something he could not control.

As hard as it is to believe we also faced the occasional (or not so occasional) parent who felt like it wasn’t fair that they had to consider my child’s allergy when packing their own child’s lunch or bringing  treats for the class/team/playgroup. It felt as if they thought we were making up the part about how anaphylactic shock could actually kill him. To be fair, I was always willing to bring in separate snacks and treats for Andrew so that other families wouldn’t be inconvenienced by his allergy. It was such a relief to find out other students in his class also had an allergy so we didn’t feel so singled out. I wish I had been a better advocate in the beginning instead of always apologizing for his allergy and the extra consideration it created for others.

Lisa Chapman, RN has been the school nurse at Talbot Elementary School for nine years.  She says that peanuts and tree nuts (peanuts are not actually a nut, but a legume) are the most common food allergy she sees. She explained that the school has an “emergency box” containing two doses of epinephrine injections located in a central hallway. This is so anyone who is trained on giving the injection can access it for any person showing signs of an anaphylactic reaction if the school nurse is not available. She highly recommends that parents “notify your school nurse of any chronic conditions so they can provide the best care for your child.”  She also advises that you fill out a “self-carry form” so that your child can carry their own medication with them at all times. This goes for Epi-Pens, insulin or inhalers. In some schools the clinic may be farther away from the classrooms or cafeteria and the student may need assistance faster.

These days we are doing OK. I still panic a little on field trips when I cannot chaperone because it means another parent volunteer or teacher becomes responsible for his Epi-Pen. When he started middle school this fall I worried because it meant a new school nurse to collaborate with. He doesn’t go anywhere without Benadryl and an Epi-Pen and we had to teach him how to self-inject if he had to. I am more comfortable with speaking up instead of worrying about offending someone else. One day we were at a UF football game and there was someone eating roasted peanuts behind us. The dust from the shells alone is enough to trigger a reaction (which also means we can’t eat at restaurants with bins of peanut shells or shells on the floor). When a great play happened the guy stood up to cheer and dropped peanut shells directly into Andrew’s drink. Out of the corner of my eye I noticed one floating just before he took another sip. I shudder to think of how that day could have turned out if I hadn’t spotted it. Luckily the guy was really understanding about it and ditched the rest of his peanuts. That’s not always the case, but I can promise that no family with an allergy wants to be a spectacle or cause hardship on anyone else. We didn’t choose this and even though you may not be able to see the effects unless you are around when a reaction occurs, they are real.

If you suspect your child has a food allergy, contact their pediatrician for testing or for a referral to an allergist. For more information about food allergies visit Kidswithfoodallergies.org and visit Foodallergy.org to download a food allergy field guide.