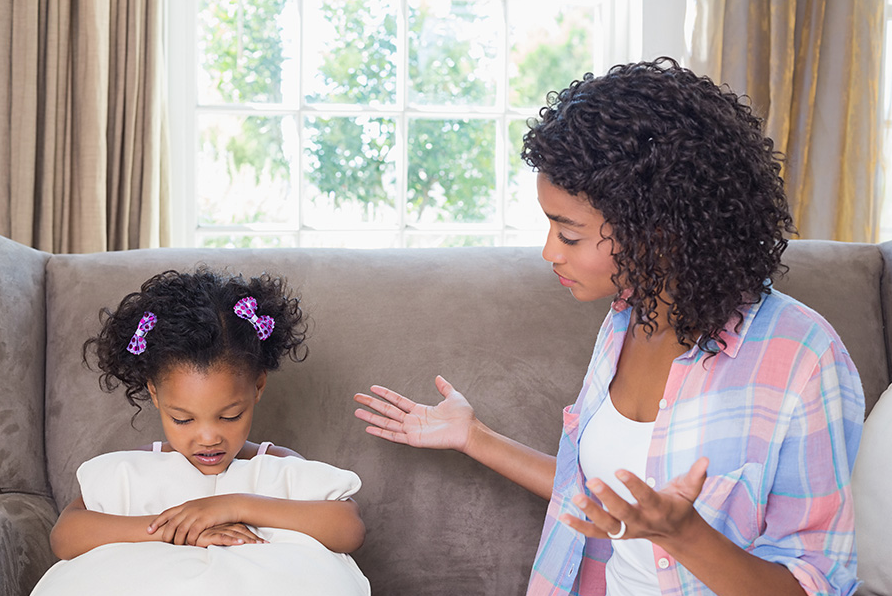 Children do not come with an instruction manual. For some parents, not having a formula or a guidebook to teach them how to manage their children causes a lot of anxiety and thus causes parents to create their own manual. There are people who need the manuals, routines, step-by-step instructions, and that is OK. However, while children thrive on regular routines, they also require some flexibility. And if a parent insists on having a harsh approach when it comes to these routines, the children will be the ones to suffer.

Let’s start with a couple of definitions. The dictionary defines strict as “closely or rigorously enforced or maintained.” So a strict parent has rules and doesn’t typically stray from these rules. Harsh is defined as “grim or unpleasantly severe.” An example of harsh parenting would include verbally abusing your child for making a mistake. It is important to understand the line between being a strict parent and a harsh parent to avoid having a negative effect on your child.

So, a parent’s anxiety about parenting can lead him to be a harsh parent, which can then lead to an anxious child. And the cycle goes round and round. A 2014 study of adult children of authoritarian parents indicated these individuals had difficulty facing adversity as a result of harsh parenting. Another study conducted at Stony Brook University had similar results. Clinical psychologist Greg Proudfit studied 3-yearolds and their parents as the children worked on a puzzle. He analyzed the parents’ behaviors, noting how controlling and/or encouraging they were. Proudfit studied the same families three years later and the rate of anxiety disorders were higher in children with punitive parents. He explained that error-related negativity, which is a pattern in our brain that helps us become cautious of repeating mistakes, is impacted by parents who are quick to criticize. These children have learned to internalize parents’ feedback and respond to any challenge with anxiety.

Who knew that rigid rules in the home could lead to childhood obesity? Children of stern parents who refused to communicate with them regarding rules and their behavior are 30 percent more likely to be obese than their peers whose parents were affectionate and open to discussion. This suggests that children may overeat or use increased screen time to manage their symptoms. This doesn’t suggest that we should be relaxed and not set rules with our children to avoid health problems. But, in conjunction with the rules, there also needs to be a dialogue between parents and children. Communication is important in any relationship, and it conveys affection and respect when used effectively.

Punitive parenting can lead to a child having low self-esteem and make him more likely to experience symptoms of depression. Children need to be allowed to make simple mistakes in a safe environment. For example, if your child spills a cup of milk, instead of yelling at him, approach it with, “oh well, accidents happen.” When parents overly monitor their children, this behavior can contribute to a child’s delinquency. A parent’s controlling behavior does not give the child freedom to explore life on their own. So, when they do get a taste of freedom as adults, they may rebel in very negative ways.

Strict, harsh, authoritarian, permissive — so many choices! As with everything in life, there needs to be a balance in your parenting, between control and warmth, between rules and freedom. The relationship between you and your child is important for your child’s development and understanding of what a healthy relationship looks like. If you’re having difficulty finding this balance (either with imposing rules or allowing freedom), seek the help of a family therapist who can provide resources to assist you on your parenting journey.

As with everything in life, there needs to be a balance in your parenting, between control and warmth, between rules and freedom.