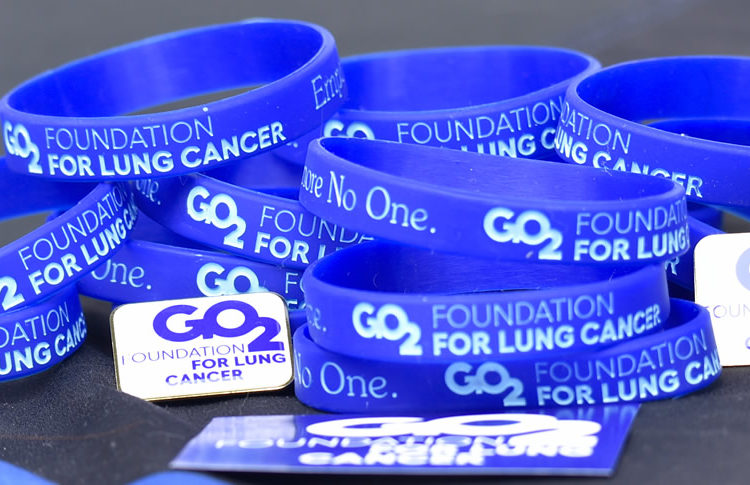 Run Amuck With the Duck 5K

Run, walk or waddle to make lung cancer chronic and manageable -- and ultimately to prevent it entirely -- at Run Amuck with the Duck on Saturday March 14th.

This year's 11th annual event will be the first to benefit the new GO2 Foundation for Lung Cancer, which has united the Bonnie J. Addario Lung Cancer Foundation and the Lung Cancer Alliance into a powerhouse national research and advocacy organization. GO2 has already launched lobbying visits to Washington promoting 20 million dollars for cutting-edge lung cancer research.
Longtime Gainesville resident Caren Gorenberg, who created the Run Amuck event after she was diagnosed with lung cancer 13 years ago, joined other advocates in the nation's capital over the summer, even as she started preparing for this year's local event to raise funds and awareness.
"When I was diagnosed in 2007 treating lung cancer was pretty much one-size-fits-all, but since then new, tailored treatments have leaped forward," Gorenberg said. "It's exciting to see that we're truly starting to make a difference."
Run Amuck, which draws hundreds of participants and pulls in local and national business support, has over the years raised more than $625,000 dollars to advance the fight against the deadliest cancer, which affects increasing numbers of nonsmokers and young people.
The 5K event, which traces a wooded course near North Florida Regional Medical Center, encourages all participants to walk, run or waddle for a good cause. For those who enjoy a race, the event is professionally timed and includes prizes for runners.
To register individually, start a team or help sponsor Run Amuck and be listed on promotional materials and t-shirts, visit http://secure.go2foundation.org/RunAmuck