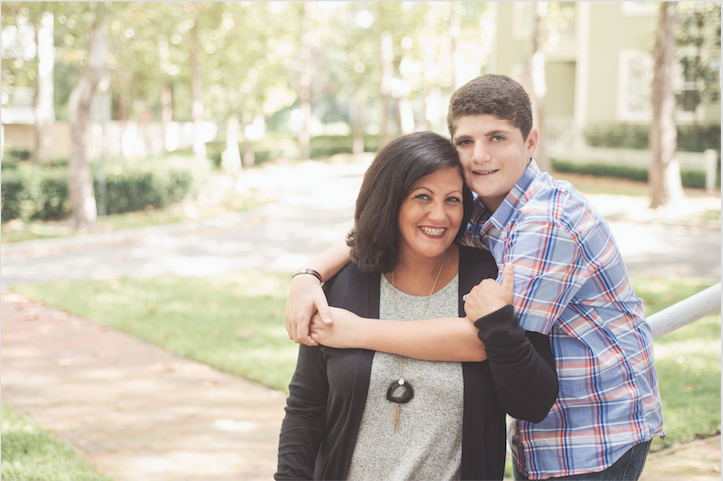 When Nicole Irving’s son was 13 years old, he was diagnosed with Type 1 diabetes. Five months after the diagnosis, Nicole decided to share her families story with Giggle readers. In honor of November being National Diabetes Month, we wanted to share her and her son’s story once again to raise awareness for the incurable disease of Type 1 diabetes.

October 1, 2018, marks five months into our new reality with Type 1 diabetes. After 13 years, 11 months and 3 days, my son’s pancreas decided to call it quits. Today, he is one of the 1 of 400 who live with an incurable disease: Type 1 Diabetes.

I have the great fortune of being the publisher of Giggle. In the last 10 years, I have read and edited thousands of stories and tales of parenting tips and tricks. Many of them I have written myself, as life with three growing boys has its many crazy tales and learning lessons I have wanted to share. But, it was the story written by a dear friend a few years ago that I read countless times during our editing and design process that saved my son’s life that day five months ago.

We are like any family with kids, work and school. Constantly on the go, and the five of us are like passing ships in the night. Sometimes a quick hug and kiss on the cheek after a practice pick up is all I see of my kiddos during a busy week of late-night meetings and work. When we had the opportunity to spend four whole days together to travel to Chattanooga, TN for my little ones’ regional gymnastic meet, we took it. All five of us together for four days of family fun was not an opportunity I could pass on!

On the way, my oldest continued to ask us to stop to use the restroom. Convinced this was caused by the massive amounts of Gatorade he had been consuming since we got in the car, I didn’t think twice about it. It was on the second and third days of the trip that his bathroom breaks became more persistent and his thirst was out of control. Now I was certain it wasn’t just the out of control Gatorade consumption, as a mom, you just know something is not right. I just felt it! I couldn’t help but remember the words my friend wrote about her son. The similarities were there. The symptoms were there. My heart knew something wasn’t right.

As luck would have it, he had a pediatrician’s appointment scheduled for the morning after we got home from the trip for a check-up. It was there that I attempted to casually, and in the most non-panicked tone I could muster, mention what was going on the days prior and asked if she could check his sugars.

My heart sank because I knew what that meant. 10 years of writing, editing and researching topics and stories to help parents raise their kids and recognize signs of distress and illness made me immediately realize what was happening and how my whole world was about to change. How our whole world was about to change. The continuous rest-stop breaks, the non-stop drinking and unquenchable thirst, I knew what it meant but hoped for something else. As those numbers came out of her mouth, my heart broke into a million pieces as my son stared at my pale face.

My son has Type 1 Diabetes.

Before she even entered the room, our amazing pediatrician placed the call to the endocrinologist. She needed a urine sample STAT and we would be going to another appointment within the hour. We sent him out of the room and all the fear and guilt that any mother would have poured out of me like champagne on New Year’s Eve. I couldn’t help but think, “I caused this. I did this. Why him?”

Through my tears, our pediatrician explained I did not cause this. She was able to help me understand that his pancreas just stopped producing the insulin his body needed. And, unfortunately, there was no answer as to why. Through the last five months, I have realized just how very lucky my son was that we caught it when and how we did. He did not go to the ER. He did not go unconscious. He was lucky. We were lucky.

We had time before our endocrinologist appointment and I looked at my son and explained what was happening and what this was. It was NOT a death sentence, it was a new way of living. Fighting back my own tears, I saw tears well in his eyes as reality set in and gave him space he needed to process what was happening before we headed to our endocrinologist appointment.

After a marathon, five-hour endocrinologist appointment and diabetic counselor meeting (truly a Godsend to us), we returned home with a new set of rules, needles, injections, drugs, measuring tools, alcohol wipes, monitors and binder that held our new life in it. To say that we were overwhelmed that first night would be an understatement.

Fast forward to today. We are five months into life with this incurable disease and we are still standing. There have been good days and bad days. There have been sleepless nights when his new CGM (continuous glucose monitor) continues to sound an alarm when his sugars go to high and worried days when his sugars go too low during cross country practice. But, there are so many days that I look at him with pride for all that he is going through. Through it all, my kiddo has taken this like a champ. He has never asked “why me” or cried another tear after that car ride. From day one he has administered his own insulin, taken his own glucose and counted his own carbs. The resilience of my children inspires me; I am in awe of his strength and ability to cope and the way he shares and learns about what is going on with his body.

However, I have taken it harder, as any mother would. I cannot fix this. I want to take this from him. I want to know why and how. I want his life to be normal again and go back to the day before his pancreas quit and BEG for it to keep going a bit longer! But, I can’t. Insulin and glucose monitors. Counting carbs and alcohol wipes. This is our new reality.

I have also learned that Type 1 Diabetes is not the same as Type 2 Diabetes and no amount of hope and tears will jump-start his pancreas. His life will always require sugar monitoring, insulin injections and carb counting, as it cannot be cured with just diet and exercise. I have learned that this is our new normal.

As we continue to venture into this new and crazy territory of living with diabetes, I have to count the blessings that have happened: I have been embraced by the most wonderful support system, I have been open and honest with those around him so they know how to help him, and I have seen so much love strangers, friends and family that has warmed my heart in ways I will never be able to repay. I am raising a child who can self-advocate. I have seen him grow and mature so quickly that I am humbled by his strength. I realize that every day is a gift and that we shouldn’t sweat the small stuff.

Our Life With Type 1 Diabetes: Surviving The First Year

Learn The Dangers Of Too Much Sugar