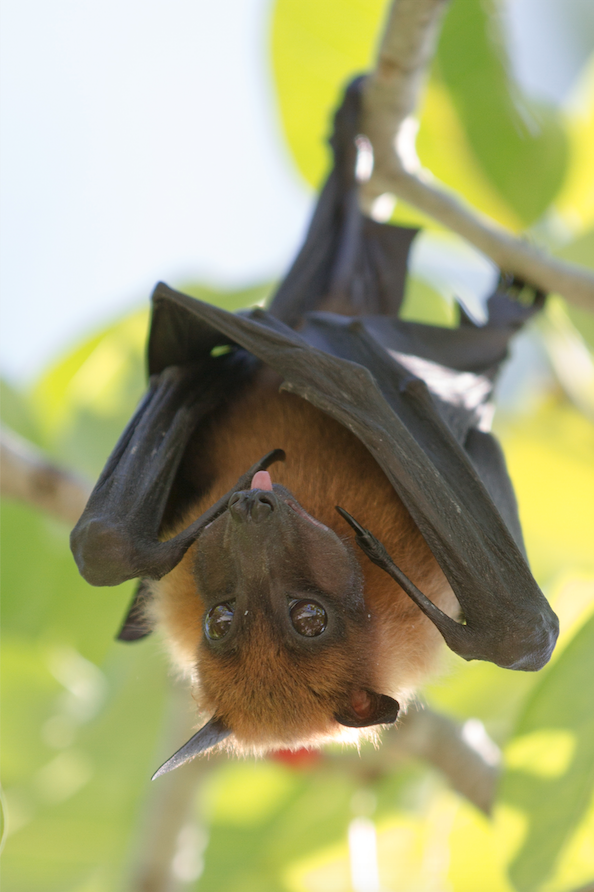 While Gainesville is best associated with the Gators, a certain mammal has a much larger population here than the famed reptile. It all began in 1987 when a fire on campus left a large bat colony that had been residing in the original Johnson hall’s attic homeless. While the bats showed their Gator pride by relocating to the stadiums, Gator fans did not seem to care for sharing them. The first bat house on campus was constructed in 1991 and another, the bat barn, was built in 2010. Today, it is estimated nearly 400,000 bats live in the UF bat houses. So many that the University gives away almost 250 gallons of bat droppings (guano) a month to Gainesville residents. And while guano makes an excellent fertilizer, it has irreparably rotted the wood on the original, 26-year-old house. In April, UF erected a third structure modeled after the barn that allows the guano to fall to the ground and alleviate the rotting wood issue. The new structure is still unoccupied. “It took us three years before we could get bats to occupy the (original) structure,” Bill Properzio, director of University of Florida Environmental Health and Safety, the department responsible for maintaining the houses, said. “It’s easy to build the structure; it is difficult to figure out how to populate them.” The Lubee Bat Conservancy (LBC), a center dedicated to saving bats and their habitats, has helped to build bat houses across the city. You can find one at Swamp Head Brewery, another in Haile Plantation and more in residential areas.

In all, Florida is home to 13 species of bat. Depending on the species, Florida bats prefer to roost in dead trees, Spanish moss, dead palm fronds, caves and, of course, in bat houses. Thanks to Gainesville’s density of trees and caves, the area has some strong bat populations. Nine species live in Gainesville, of which the eastern red bat, northern yellow bat, tricolored bat, evening bat, southeastern myotis and the free-tailed bat are most often found locally. The free-tailed bat makes up most of the UF bat house population. Florida’s bat population is threatened by destruction of their roost sites from construction and deforestation. As bats seek shelter in urban areas, they are often abused and harassed, as people misunderstand and fear the timid creatures. “There is a critically endangered species found nowhere else in the world, called the Florida bonneted bat, which lives in just a few counties in South Florida,” Brian Pope, director of LBC, said. “This is one of the world’s most endangered mammals and it lives right here in Florida.” Never throw rocks at a bat to get it to leave a building or residential area. Bats will not attack humans. They are wild animals, however, so do not handle them with bare hands. If you find one in your home or building, it is most likely lost or looking for shelter.  Turn on the lights so it can find its way and open a window or door so it has a path out. You do not want it to take harbor in your residence, as they can have a musky smell to them, and their guano contains microorganisms that should not be touched. Because bats give birth in spring, the State of Florida has a wildlife law prohibiting the disturbance of any bat colony between mid-April and mid-August. The bats are caring for their new pups and cannot be moved, so if you find bats in your home during this time, they will be your temporary roommates until such time that they may be removed. With all this being said, they are not a nuisance, are not rabies ridden (it occurs in only 1/2 percent of the population) and are rather beneficial to the environment.

Bats feed on fruit, nectar and insects. In fact, 70 percent of the world’s bats are insect-eating. In 2011, the U.S. Geological Survey determined native United States bats save the national agricultural industry upward of $3 billion each year by consuming agricultural pests. Pest control from bats reduces the need for pesticide applications. Just one bat dines on up to 3,000 insects every night! Fruit-eating bats are also helpful, dispersing seeds for many tropical plants. In searching for nectar, it is estimated that bats pollinate more than 300 plant species and are integral to the ecosystem. In some tropical areas, bats are responsible for nearly all of the rainforest’s regrowth. Over 186 plants that are used or consumed by humans are reliant on bats for pollination or seed dispersal. Any threat to the bat population is a threat to our economy and agriculture.

As bats lose their natural habitats, their population declines. Bat houses provide a great alternative habitat for our pest-controlling and pollinating friends. “We try and keep things as natural as possible at the brewery,” Brandon Nappy, marketing director of Swamp Head Brewery, said. “Working with Lubee on a bat house to keep the mosquitos under control in our outside area seemed like the perfect fit.” You can put a bat house in your backyard or have one erected in your neighborhood. Make sure to check with your homeowners’ association regarding any rules or regulations that may require approval before putting one up, if applicable. Not only will you provide a safe place for the bats to take residence, but your new tenants will control mosquitoes, moths, beetles and other insects in your area. The Lubee Bat Conservancy conducts acoustic surveys that record and analyze echolocation calls (the sound waves bats use to navigate in the dark) to determine what species, if any, are present and if it is a good location for a bat house. The Florida Bat Conservancy recommends watching the flight patterns of your area bats to determine a location where the bats will see the house or find it with their sonar. Once the bat house is up, be patient, as it can take anywhere from weeks to years for them to move in.

Per University of Florida Institute of Food and Agricultural Sciences