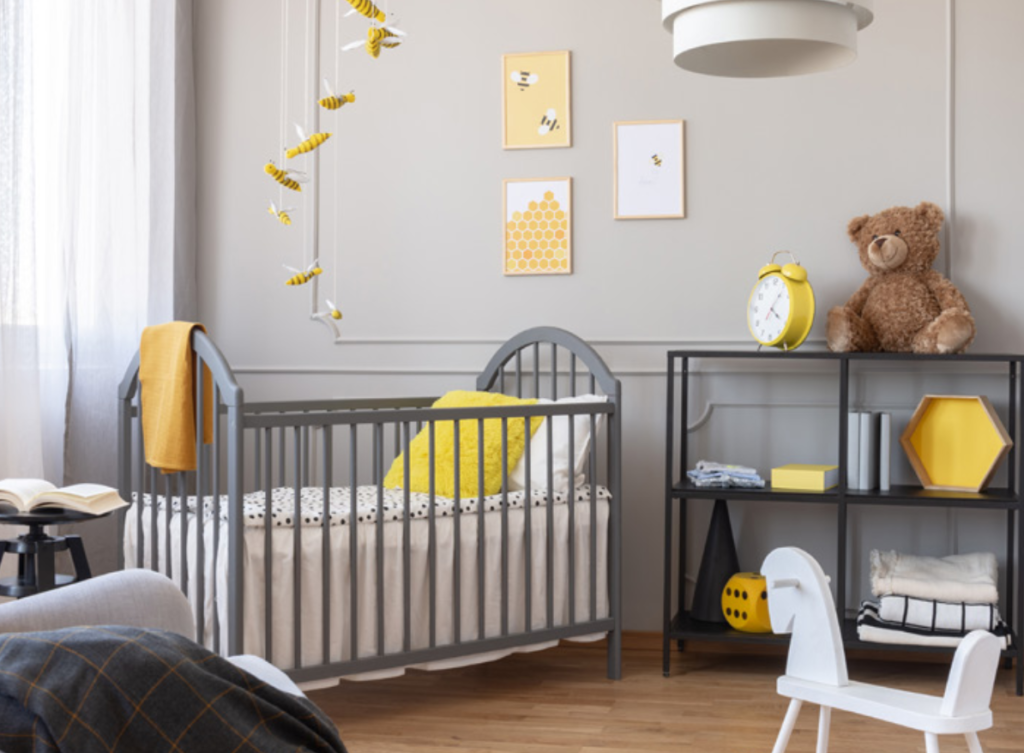 “Barbies are for girls and GI Joes are for boys.” “Girls like pink and boys like blue.” “Girls wear dresses and boys wear pants.” Many of us grew up hearing these statements, once accepted as societal norms, but more and more parents- to-be are now choosing a gender-neutral approach for their children for everything from their nurseries to their names and toys.

While some parents may continue to opt for a traditional nursery decorated in pink or blue, a gender-neutral nursery can be a solution for parents who want to be surprised by the sex of their baby at delivery. For some parents, a gender-neutral nursery is simply a style preference for an aesthetic that their child won’t outgrow, in chic and modern themes and color palettes of gray, yellow and green. Some parents also want to allow their children to grow up without the pressures of gender stereotypes.In the same way, when it comes to baby names, more parents are choosing gender-neutral monikers for their little ones. Names such as Charlie, Joey, or Riley that used to be predominantly given to boys are becoming more and more popular for girls. Celebrities Blake Lively and Ryan Reynolds named their daughter James, and Kristen Bell and Dax Shepherd named their daughter Lincoln. A few of the most popular gender-neutral names of 2019 were Avery, Emerson, Harper, Owen, Parker, Ryan and Wyatt. Whether parents choose gender-neutral names to openly protest gender conformity or simply because they like them, there is surprising evidence that discrimination can occur due to gender-specific names. A 2012 study published by the Proceedings of the National Academy of Sciences showed that applicants for a lab manager position who had “female” names were rated lower than those with “male” names, despite those in the applicant pool having identical qualifications.

In recent years, many publicly recognized companies such as Target, Disney and Mattel have taken notice of the shift. Target publicly announced in 2015 that its stores would no longer separate toys as being for either girls or boys, and similarly in the same year, Disney stopped classifying character costumes by gender. In 2019, Mattel, the company behind the iconic Barbie doll, followed suit and released the Creatable World doll in an effort at inclusivity. The doll’s appearance, accessories and hair are deliberately androgynous.

This gender-neutral approach has its supporters and detractors. Supporters may believe it encourages creativity because children have complete freedom of expression, or they may feel that it will make their children more sensitive to the equality issues of others later in life. Those who oppose it may feel that it will lead to identity confusion. Some parents may not have an opinion one way or the other, but they prefer gender-neutral parenting. As with any modern-day parenting issue, there are many factors to consider and each parent must thoughtfully and lovingly decide what is best for their child.

Should You Be Screening Your Baby’s Screen Time?

6 Of Our Favorite Pregnancy Podcasts

Read Along With Julie Andrews On The Julie’s Library Podcast