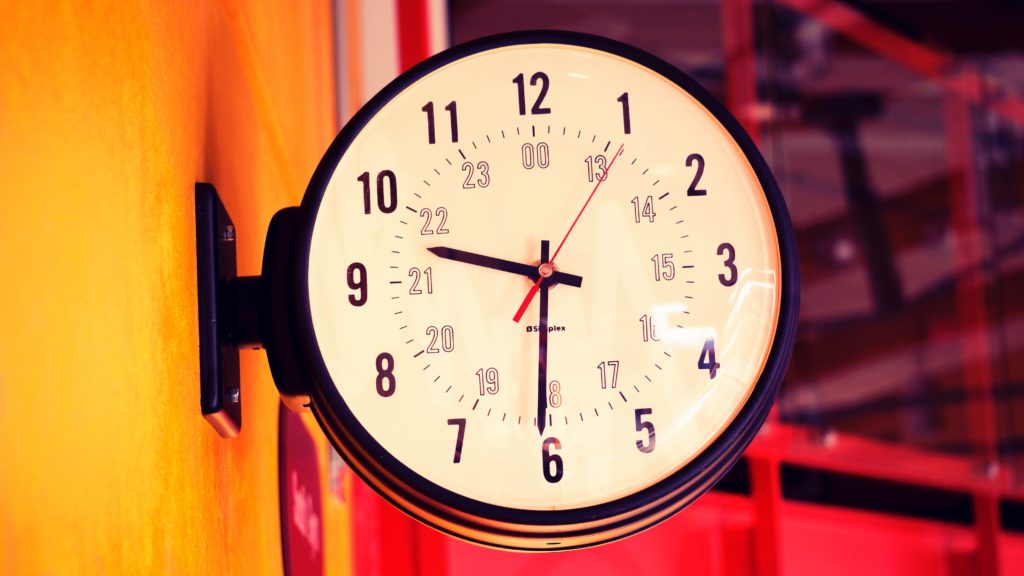 When I was a teenager, I was certain I was the ONLY one who had a curfew. This wasn’t true of course, but my parents were stricter than others. I was immune to trying to get around this by spending the night with friends who had a later one than I did and yes, on occasion I got caught. Back then I didn’t understand the point of a curfew, who cared what time we came home? My dad, however, always insisted that nothing good happened after midnight, a sentiment that I, now as a parent, tend to agree with. Are teen curfews still something regularly enforced, or have they become a thing of the past?

I surveyed some local parents to see what the real world answer to this was. Out of the 32 responses I received, 28 of the parents said they do have curfews imposed on their teens, but that they were set on a case- by-case basis. Four parents said they imposed a strict no-exceptions curfew on their teens. My mom claims when she was a teen, her father was so strict on her curfew that even a at tire did not qualify as an excuse. He told her that they should leave early enough to anticipate car trouble or traffic concerns. I’m not sure if that’s another one of those, “walked 10 miles in the snow uphill both ways to school every day” type of tales or not, but it did make me appreciate her leniency.

From those surveyed, I found that most aren’t too concerned about curfews until their children start driving on their own, until then you can easily control when they are dropped o and picked up. Anne Dale, a local mom of two teens, said she was only willing to bend the time if they were at the home of a friend that she knew the parents of; otherwise, she was strict. Several respondents said that their own parents did not enforce curfews on them and that it was not a good thing, so they were less lenient on their own teens. Most said they have earlier weekday curfews for school purposes (10 p.m.), but that too was determined by the activity. If students are in band or athletics, away games might constitute a later time.

Once they start driving themselves around though, it’s a whole new game. A lot of parents use the Florida DMV’s restrictions on teenagers driving as a standard. Depending on how old you are, you may not be aware of these restrictions, but children are no longer free and clear when they turn 16 and get a license. DMV rules state that a 16-year- old who has received their operator’s license, can only drive between the hours of 6 a.m. and 11 p.m. Once they turn 17 years old, they can drive between 5 a.m. and 1 a.m. After they turn 18, there are no further restrictions.

Ginger Shank, a local mom of two teens says her teenage son must be in by 10 p.m on the weekdays and 11 p.m. on the weekends, unless he asks her for a later time. She says even then, no later than the DMV hours are allowed. Another local mom, Sheila Jones, says she uses an app that shows her where her children are. She highly recommends it saying, “being able to check on my kids’ whereabouts has reduced a lot of worry.” Some apps are very detailed and can tell you if they have traveled outside of an area they allowed to be in, how fast they are driving, etc. You can customize these to your level of comfort and letting your children know they are being monitored is also advised.

In the end you must do what is right for you and your family. As one commenter stated, “their curfews were pretty much determined by how late I was willing to stay up…it had to do with the fact that I could not go to sleep until they were safely in the house.”

6 Of Our Favorite Pregnancy Podcasts

ACPS To Donate Buses To Local Churches And Non-Profits

Parenting Failures: Learn How To Turn A Negative Into A Positive