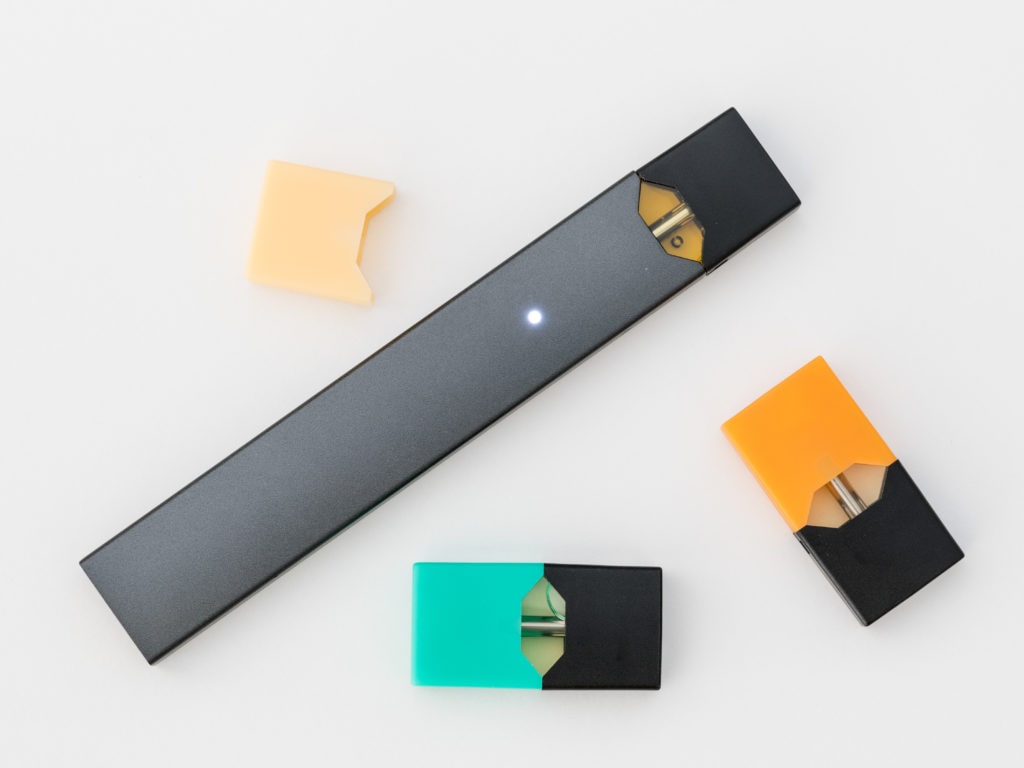 Being the daughter of a pulmonologist, I was taught to never smoke around the same time I was learning my ABCs. My mom found a photo I drew when I was about 5 years old that depicted a scribbly version of the “no smoking” sign. I had to have been the youngest spokesperson for “Tobacco Free Florida” that there was, and to this day I have never tried a cigarette. However, there’s a new trend in smoking that my cautioning father couldn’t have predicted 21 years ago. It’s a vaping epidemic. Almost one in five school students have tried e-cigarettes or vaping at least once.

“Vaping is the act of inhaling and exhaling the aerosol, often referred to as vapor, which is produced by an e-cigarette or similar device,” according to the Partnership to End Addiction. Vaporizers, or vapes, come in all shapes and sizes and can emit either a small puff of smoke or huge, billowing clouds.

Contrary to what I heard one of my classmates falsely claim once, vaping is not “just water and nicotine.” Even if that was the argument, that doesn’t make them any less dangerous or addictive.

Just one refillable liquid cartridge could potentially have the same amount of nicotine as 20 cigarettes, according to Truth, an organization committed to spreading knowledge about the drugs we’re consuming and the tobacco companies that push them on us.

The liquid that creates the smoke also comes in a variety of flavors and smells, such as cotton candy and mango, making them more appealing not only to smoke, but less upsetting to others when a bystander smokes. It’s because of this sweet appearance that people are completely disregarding the fact that they are inhaling a slew of chemicals and slowly forming an addiction to nicotine each time they take a hit.

What kinds of vapes are out there?

There are several types of vapes, but the biggest risk potentially to your teens is e-cigarettes. They are often small and easily concealed, meaning that students can effortlessly bring them to school and smoke almost anywhere. Unless someone sees (or smells) their vapor cloud, Gen-Z teens could be sucking on these e-cigs all day if they wanted to.

One of the biggest culprits contributing to the spread of the vaping epidemic is the company JUUL Labs. Each JUUL (pronounced “jewel”) e-cigarette is small and rectangular, closely resembling a USB flash drive. Because of the JUUL’s sleek and streamlined appearance compared to other vapes, along with their popularity on social media, they have quickly become the “trendy” vape to have. In fact, JUUL Labs were under investigation by the Food and Drug Administration for targeting teens in their marketing campaigns last year. After the FDA warned of the risks associated with marketing e-cigarettes to minors and requested that JUUL send them their promotional materials for review, JUUL has since changed their tactics, featuring only real customers who have made the switch from cigarettes to vaping and who are at least 35 years old, according to an article from The Cut.

Today, the use of vapes has already shown ties to long-term effects. According to the American Lung Association, vaping with flavored chemicals can lead to a condition called “popcorn lung.”

Popcorn lung, or bronchiolitis obliterans, gets its name from the serious cases of popcorn factory workers breathing in large amounts of butter-flavored chemicals containing diacetyl. Diacetyl is also present in the flavored vape cartridges that seem fun and inconspicuous to tween and teen smokers.

The condition causes irreversible “scarring of the tiny air sacs in the lungs resulting in the thickening and narrowing of the airways… that causes coughing, wheezing and shortness of breath, similar to the symptoms of chronic obstructive pulmonary disease (COPD),” according to the American Lung Association.

So, while vaping may seem like a less dangerous alternative to smoking real cigarettes, the danger is still very present and more pressing than ever. Thankfully, Alachua County is striving to make a difference with teens and tobacco. Although youth vaping has increased by about 60 percent in the last two years, an ordinance passed in January that will prohibit the sale of tobacco products, those including e-cigarettes, to anyone who is younger than 21 years old in Alachua County.

Easy Hair Styling Hacks For When You Don’t Have Time

Talk To Me: How To Get Your Teens To Open Up