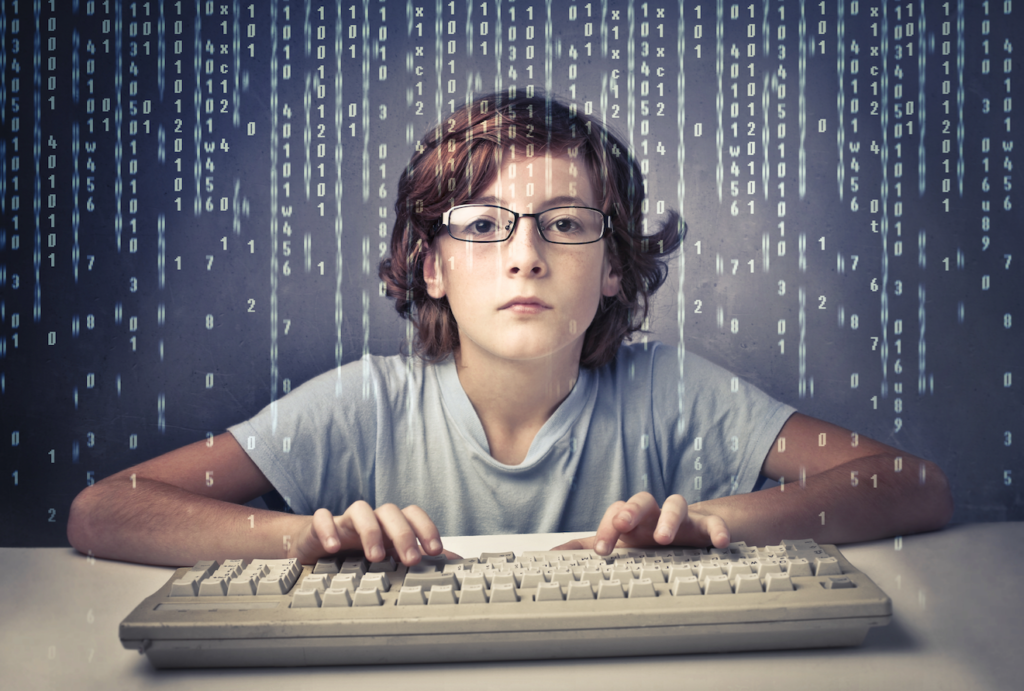 English, history, science and math are typical subjects your kids take in school. But now, there is a new course to add to their curriculum — computer programming and coding.

That’s right. Starting as early as kindergarten, kids are learning to program computers. Either through apps, games or lesson plans from programming companies, coding education is growing, and it is being directed at a younger demographic.

About 35,000 elementary schools in the country are teaching kids computer programming and coding through a curriculum program called Kodable, said Jon Mattingly, the company’s co-founder and CEO. These programs target elementary, middle and high school kids, but Mattingly said children as young as 18 months have enrolled in Kodable.

In order for kids to learn programing, teachers need to be familiar with the subject. That is where programs like Kodable help. The company provides a set of lesson plans for instructors to adapt in their classrooms. Teachers can relay this information using scripts, or they can decide from the material what they want to focus on, Mattingly said.

No matter how coding is taught, Mattingly said it is important for kids to start young since it prepares them to be critical thinkers.

Besides critical thinking, Mattingly said young coders gain skills ranging from creativity to communication and problem solving. Code programs start with simple arrows and colors where kids use coding to guide their characters though a maze. As  they advance, they eventually learn coding languages like Java Script and CSS, he said.

The most important thing, Mattingly said, is consistency. Set aside computer time in the classroom or at home at least 20 minutes a week.

“If you don’t do anything with computer science for a year, you forget it,” he said. “It is like working out or exercising, you can’t just do it all in one.”

Coding jobs are everywhere, and teaching kids these skills will help prepare them for later in life, he said.

“If we think about the world these kids are growing up in, it is so important to give them the opportunity to succeed,” he said. “We have to do it young. If we wait, it is harder to get them to think like this.” Although coding curriculum is aimed toward younger kids, it is never too late to learn, said Lynn Langit, director and lead courseware author of Teaching Kids Programming, a coding program that has taught about 2,000 students.

“Life-long learning is the goal,” she said.

Want to learn code outside of the classroom?

Mattingly recommends a book series called “Head First,” which teaches young adults the basics of computer programming. He also said joining and creating an account on Codecademy, an online coding site, can help instruct kids and adults on coding languages.

More outside-the-classroom options include online tutorial series like Learn Python the Hard Way, or even Kodable’s online programs. Your kiddos can also try fun apps like Tynker, Move the Turtle, Daisy the Dinosaur and Cargo-Bot. Take advantage of this summer break to get your kids started on computer programming!

Phones Vs Spending Time With Your Kids

Find Out How Bribing Your Kids Can Cause Issues

Lose The Pooch: How To Correct Diastasis Recti