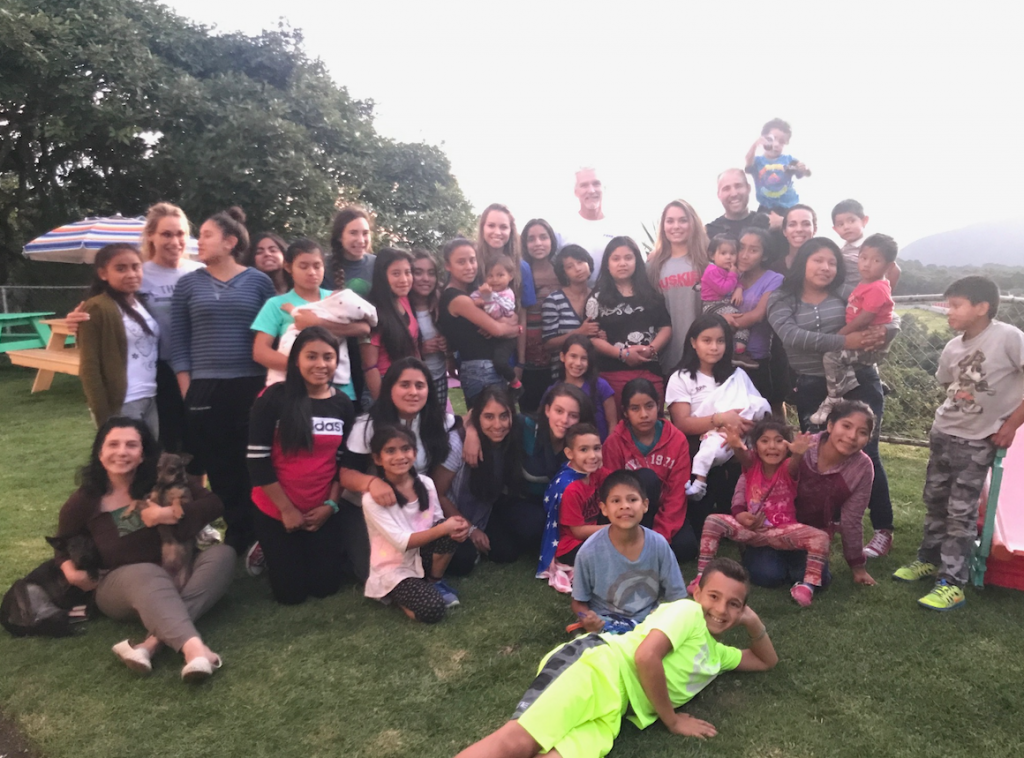 By Lizzie Vasquez | Photo courtesy of the Schmidt Family

For years Nick and Mary Schmidt dreamt of participating in one of the mission trips organized by Orphan Outreach, and when their good college friend joined the staff, they knew it was time to go. Mary is bilingual, so they wanted to find a Spanish-speaking country. In 2016, the couple traveled to Guatemala for the first time to tour several orphanages.

On the trip, Nick and Mary partnered with an orphanage home for teen mothers and children in Guatemala City. The moms are placed there by the city to escape horrible environments at home and, in many cases, to escape from sexual abuse. There are moms as young as 12 years old who live at the home with their babies. Mary spent her time teaching the young girls about their new roles as parents, such as how to discipline, cook, clean and properly feed their children. Nick played the role of a dad for these girls, spending his time talking to them and teaching them to grill. He provided them with a positive male presence, which is a vital element lacking in their lives.

After their initial experience serving with Orphan Outreach, Nick and Mary determined it would be safe enough to bring their four children along for the next trip. So, this past summer, the whole Schmidt family returned to the same orphanage to continue building relationships with the teen girls. Although the Schmidt children are not fluent in Spanish, they were able to connect with the orphans through crafts, Bible stories and games. Alisa, 13, helped the young mothers build self-esteem by helping them get dressed up and giving them a photo shoot. David, 11, brought his playing cards and taught several tricks to the children. He even led the orphans in a lesson about baseball, and the family brought bats, balls and gloves for the kids to keep. Kailey, 8, was often seen holding babies and made a special connection with a young girl whom Nick and Mary had met the year before.  Andrew, 6, had a blast with the little boys climbing trees and playing soccer.

Traveling with children can be a struggle, and from her own experience, Mary suggested creating a system to keep kids engaged and ensure everyone has what they need. “It’s all about preparation!” she said. Seeing that her kids were so involved with the children at the orphanage, Mary said she will be able to pack less things to entertain them for their next tour.

Mary said the best family moments from their summer trip were experienced while they were serving the kids. It warmed her heart to cook with the teen moms and to watch her kids make fun crafts with the children. She said it reminded them of what they are called to do: love others. “We go there with the intention of helping these kids,” said Mary. “But at the end of it, those kids help us remember what’s important.”