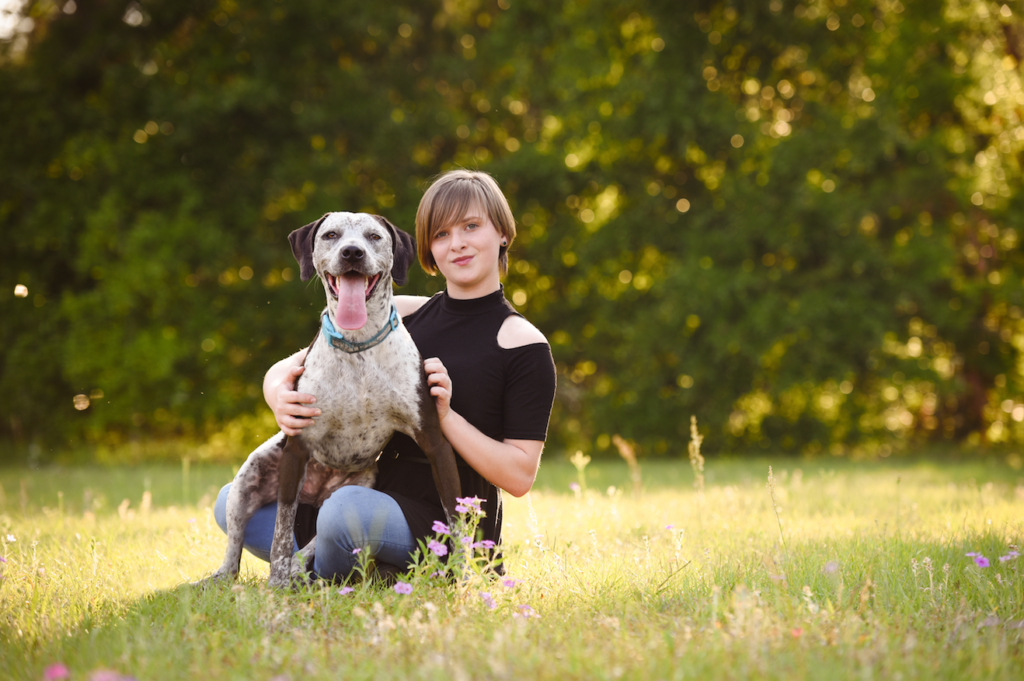 When at 14 days old Allison Leonard still had not had her first bowel movement, doctors knew something was wrong. They determined that something was wrong with her gastrointestinal system. They eventually misdiagnosed her with Crohn’s disease, but just what the real problem was eluded them for another seven years.

In those seven years, Allison, now 15, moved from Puerto Rico, where she was born, to Maine to Florida as her mother’s job in the United States. Navy dictated. She took up dance lessons and began school like any other child, but unlike her peers, she had GI issues that prevented her from easily evacuating her bowels. She routinely went septic due to the backup of fecal matter in her system, which was a slow but painful process for Allison. She would develop dark bags under her eyes and would suffer from stomach pains so intense that they would cause her to pass out. She had difficulty making friends at school and was teased for her need to use the restroom so often, with her bullies chanting “stinky girl, stinky girl, stay away from stinky girl.”

All this led Allison to decide to avoid using the bathroom at school completely. “I kind of taught my body not to use the restroom, which didn’t help with anything because I already had a hard time using the restroom,” she said. “Because I did that I wasn’t able to go to the restroom … the waste in my body wasn’t leaving like it should.” During this time she went septic quite a bit, coming to a head when in the fourth grade she ended up passing out in the bathroom from the dizzying pain of her GI system being incredibly backed up. She hit her head on a metal trashcan and was unconscious in the bathroom for two hours before anyone found her. She was rushed to the hospital in an ambulance, and it was there that her doctor’s were finally able to completely and correctly diagnose Allison’s multiple conditions. She has gastroparesis, which prevents the stomach from emptying properly, celiac disease and an autoimmune disorder.

After this frightening experience, Allison’s mom, Jessica, decided to homeschool her for all of fifth grade so that she could keep a closer eye on her health. Although she returned to school for sixth grade, she wasn’t even a week into her seventh grade year before she was back at the hospital for a week due to sepsis. Her doctors thought of giving Allison a colostomy, but that was a route she strongly wanted to avoid. A doctor came down from Ohio to see Allison and instead recommended her for an appendiscotomy, a procedure that would allow her to empty out her stomach by giving herself a saline enema through a medical port near her belly button. “It’s been working really well for me,” she said. “It’s amazing that I get to use saline.”

About a year ago, Allison’s Catahoula Cur Shenzi joined the family. Although she has not been trained as a service dog, Shenzi will alert Allison when her port is full. With her heightened sense of smell, Shenzi can tell when Allison needs to flush out her system and will push her head up against Allison’s stomach to let her know. Although Allison can usually tell for herself when it is time to flush due to the pressure on her stomach, it certainly helps to have another layer of safety there to prevent her from going septic again.

Before her surgery, Allison had gone septic 15 times growing up. Since having the port put in two years ago, that number has dropped to zero. Her experiences have inspired Allison to pursue a career in pediatric gastroenterology. For the past three years she has attended Camp Boggy Creek’s Family Retreat Weekends, and recently began attending their week-long summer camp, which she said she loves. During these retreats she has interacted with other kids with gastro and immune deficiency problems, which have only further sparked her desire to pursue a career in medicine. “Now that I know a little bit more about my body, I want to help others who either have my conditions or others.”

Allison has also been inspired to be more vocal about GI health in general. “Gastro is very secretive,” she said. “It’s not something most people want to talk about.” In fact, before she got her port she did not talk about her condition at all beyond with family and close friends. “I just don’t like it being a secret anymore,” said. She hopes that by being more open with her condition that she can spread awareness and encourage more people interested in joining the medical field to pursue gastroenterology.

Allison takes pointe, ballet, jazz and tap dance classes at Pofahl Studios. Although her medical port can make dance a little more difficult for her, from having to worry about costumes rubbing the wrong way or getting hit, she has continued to do what she loves through all of her medical issues. She even went back to dance before going back to school after her appendiscotomy!