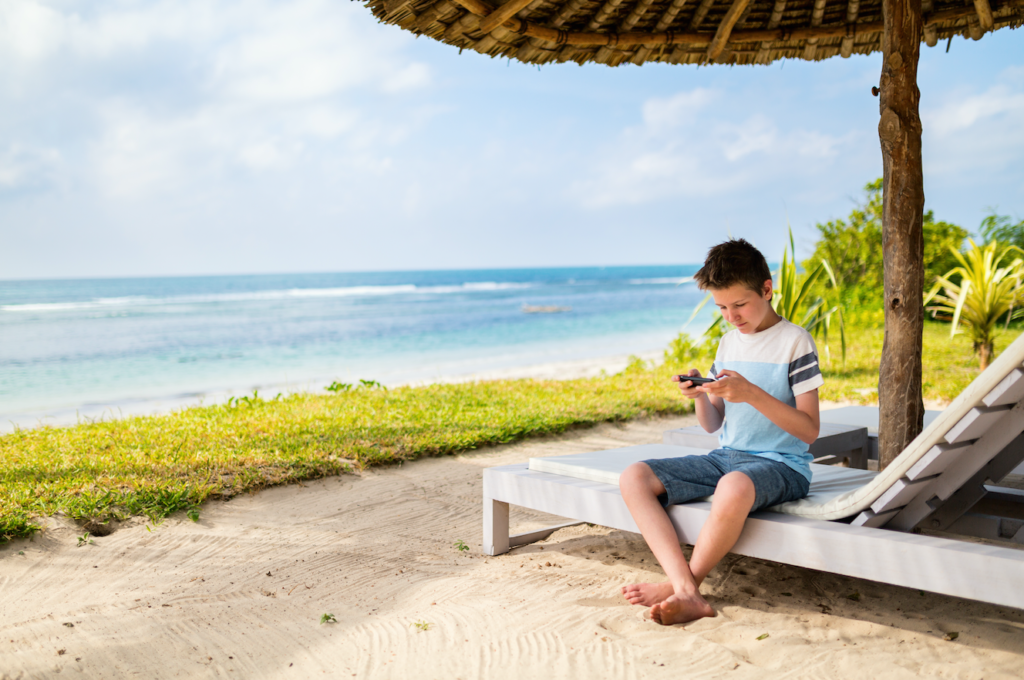 With a 13-year-old and an 11-year-old, I sometimes feel like their technology is the bane of my existence. I thought I had planned it out all so well. I had rules and a contract. We discussed when phones were allowed and when they were not. Still as time passes I feel like I have a part-time job monitoring and regulating the time they spend on their phones! So, why is it so easy for teens to get sucked into their phone and miss the world around them? It is almost like an internet addiction…

Internet addiction disorder (IAD) is like other known addictions. According to an article published in the Journal of Computer Science and Engineering, it activates a combination of sites in the brain associated with pleasure known as the “reward center.” When activated, dopamine, along with opiates and other neurochemicals are released. Eventually receptors in the brain are affected and produce a tolerance that will require increased stimulation for the same reaction. Even though IAD has not been added to the DSM-5 (Diagnostic and Statistical Manual of Mental Disorders), it has been discussed as a disorder since 1995 when Dr. Ivan Goldberg compared internet addiction to a gambling addiction.

If you are worried your tween is addicted to the internet, keep an eye out for some of the following signs of IAD.

Does any of this sound familiar? Addiction to their devices (which can include social media, video games, Netflix, etc.) may seem harmless, but as it can result in sleep disturbances, anxiety and negative social pressures. The American Academy of Pediatrics has long since recommended no, as in zero, screen time for those under the age of 2 and a maximum of two hours for those over 2 until teenage years. They also recommend keeping screens out of their bedrooms — this goes for televisions, phones, tablets and computers. Enforce a mealtime and bedtime “curfew” for devices, including cellphones. Establish reasonable but firm rules about cellphones, texting, internet and social media use.

Speech pathologist, audiologist and local mom of two, Analize Britz, said that she grew tired of constantly nagging her children about their screen time, so she installed an app called OurPact on her phone as well as her children’s tablets and video game systems. With this app, she can set specific times that the devices can be used and grant or block usage for specified amounts of time right from her own device. She can also choose what can be used when and if they try to access something she does not want them to, they get a denied message.

The best treatment is prevention. Recognize the signs early and take the steps to prevent your child from spending too much time in front of a screen. It might not make you popular, but they will thank you later!

College Alternatives That Lead To Success

How To Break Out Of Adult Acne

Help Your Teen Find And Apply For College Scholarships

Money, Money, Money: Teaching Your Teen To Be Financially Responsible

Learn The Importance Of Teen Curfews