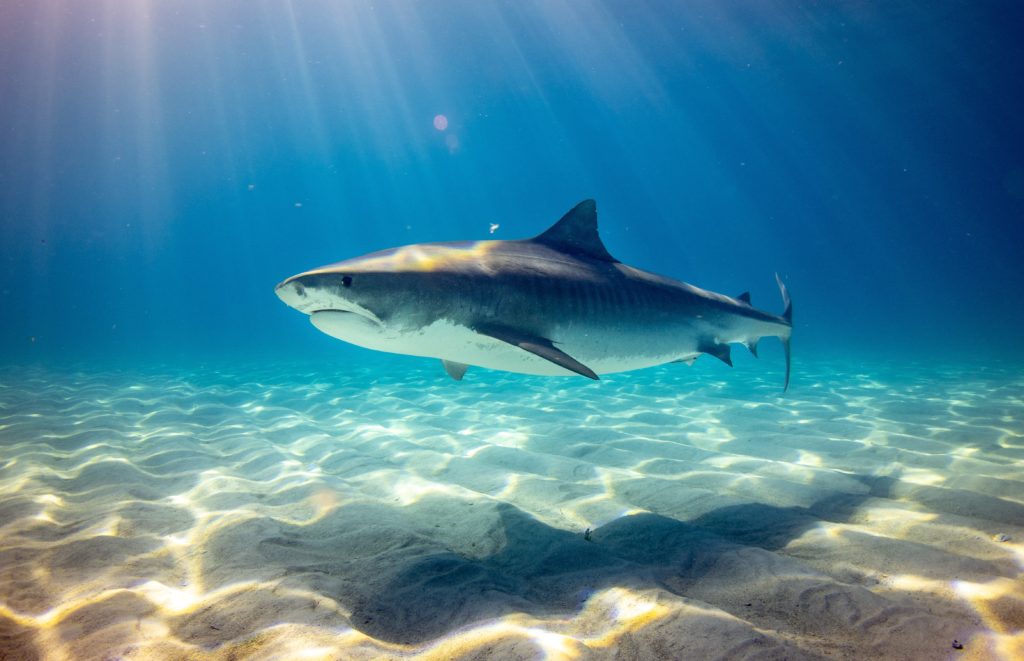 Sharks have a bad reputation. Blame their rows of sharp teeth or the images we’ve been fed through movies like “Jaws.” But they’re not all bad, and they’re completely necessary for the ocean environment. George Burgess, a shark biologist and director of the Florida Program for Shark Research at the University of Florida, expels some of our greatest shark fears and busts the many myths that haunt our summer dreams.

Burgess, keeper of the International Shark Attack File and frequent “Shark Week” expert, advocates for the animals many consider mere bullies. While the world sees them as deadly predators that will stop at nothing to bite off an arm or a leg, he sees them as severely misunderstood creatures.

Myth: A single drop of blood will attract a shark.

It all depends on how close the blood is. In an Olympic- sized swimming pool, one drop is enough for a shark to smell. There won’t be a feeding frenzy, but they can detect it. Sharks will also be more attracted to fish blood than human blood because it’s natural to their environment.

Myth: The larger the shark, the more dangerous it is.

Bigger sharks can definitely be a bigger threat, but it is not always the case. Any shark over 6 feet in length needs to be considered with concern. They have a greater capacity to do damage. But some of the biggest sharks (basking, whale, megamouth) are plankton feeders. And there are some sharks, like the cookie-cutter shark, that are small but can rip a hole in its victim.

Most shark attacks are a case of mistaken identity. Occasionally, larger sharks focus on appropriate sizes and behavior for prey. Humans sometimes follow the activities of regular prey items. Sharks often think it is a school of fish by the surface. Most attacks are hit-and-run, when a shark bites into a splash and mistakenly grabs a human foot or hand. Humans are only targets of opportunity.

Most can’t stop. They need to constantly have water pushing through their gills in order to breathe. But there are some, like nurse sharks, that can sit still and suck in water, like humans can inhale.

Myth: Sharks are the most dangerous animals in the ocean.

Sharks are apex predators with a very high ecological position on the oceanic food chain. Killer whales are the largest marine predators, and sharks are second only to them. But that being said, humans are the most dangerous animals. We kill more than 100 million sharks a year. In contrast, there were 81 shark attacks last year, the highest number in years.

5 Of The Best Places To Get Fresh Air Near Gainesville

Fit And Fun: How To Stay Active As A Family

New Mulan Film Will Premiere On Disney+, Not In Theaters

Fishing For Fun: Engaging Your Tween On The Water

Find Out If Your Vehicle Is Affected By The Honda Recalls