Home » latest post » Should You Be Screening Your Baby’s Screen Time? 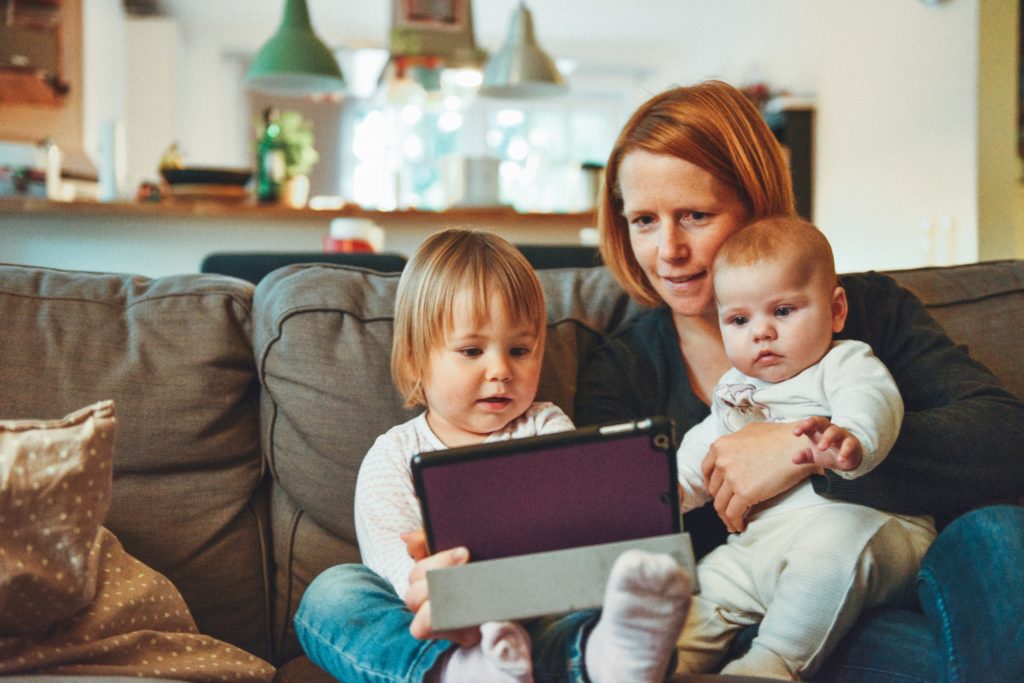 A little bit of screen time for young children can give parents a small bit of sanity – or at the least time to go to the bathroom or have a quick bite to eat – but could it be doing more harm than good to a baby’s brain? Should you be screening baby’s screen time? The answer appears to be – it depends on what type of screen time your baby is exposed to.

Parents using television or electronics as a short-term babysitter is nothing new. But in 2019, the World Health Organization (WHO) released strict guidelines advising that children under the age of two should not have any sedentary screen time, or time spent sitting passively in front of a TV or electronic device. The policy further elucidates that children 2-4 years of age should have only an hour a day or less.

According to Dr. Ari Brown, the lead author on the American Academy of Pediatrics policy that echoes the WHO standards, “The concern for risk is that some kids who watch a lot of media actually have poor language skills, so there’s a deficit in their language development.” Beyond addressing the risk to a baby’s language development, the WHO policy also serves to encourage activity in childhood, as a sedentary lifestyle is a leading risk factor for obesity and related mortality.

And just as adults can have a hard time limiting their use of electronics, babies less than a year old can actually become addicted to screen time and miss chances to interact with their new world, according to a study conducted by the Seattle Children’s Research Center. Compounding the issue, babies are growing up observing their parents’ use of a cellphone or other devices, and their parents are so focused on their screens that they likewise miss invaluable opportunities to interact with their babies.

But parents shouldn’t feel that they need to cut out screen time for their young children altogether, as there is evidence that active screen time, such as FaceTiming or Skyping with relatives can help a baby’s brain development. Georgine Troseth, a developmental psychologist at Vanderbilt University, said “we’re finding pretty consistently – in fact, two recent studies with actual Skype [calls] – that children do seem to learn better when there is social interaction from a person on video.” This is because while a child is participating in active screen time as opposed to sedentary, they are developing communication and social skills. They are also fully engaged with the conversation and the person or people they recognize on the screen.

With the availability of so many educational children’s shows, it can be tempting to ignore the warnings of the WHO. And there is admittedly more research to be done to fully understand the short or long-term effects of screen time on a baby’s development. However, most studies appear to support the WHO policy that babies should have no sedentary screen time at all, and that the best way to interact with a baby is the good old-fashioned way… device-free.

The Oaks Mall Is Now Open!

Disney Springs Will Begin Reopening On May 20

The Joy Of Newborn Motherhood: Nichole Rivera And Yair Garcia