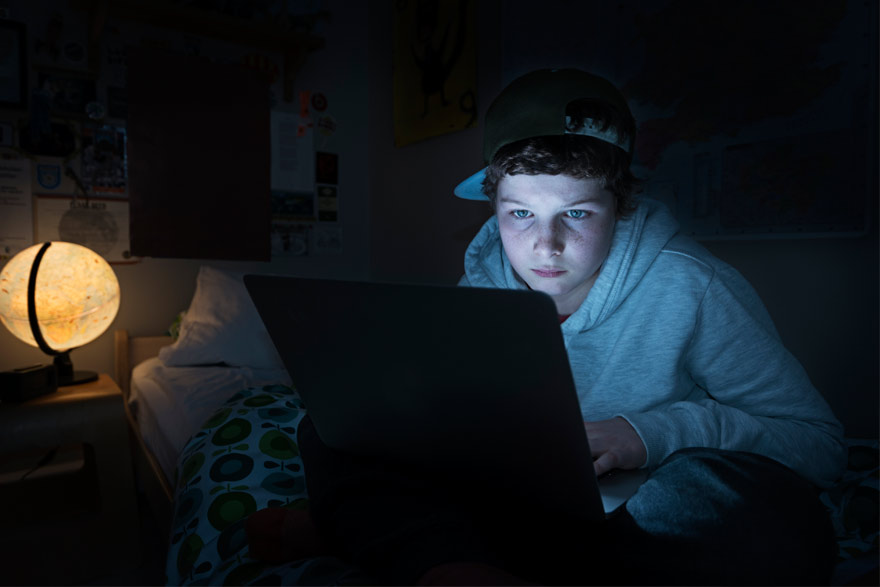 Social media has become second nature in a world that continues to be infiltrated by new technology. It can be confusing to keep track of what each social media site is used for, so here’s a breakdown of some of the most popular sites and how to keep your child safe.

Users can connect with friends and relatives and reconnect with people they haven’t seen or spoken to in a while through friend requests, wall posts and photo albums. You can also join specific groups for networking or shared interests. Facebook, though older than the rest of the listed social media sites, remains the most popular among teens.

This app is used to share captivating and artistic photography, one photo at a time.

Users share photos and/or videos for one to 10 seconds with specific people or with all of their followers. You can add lighting filters, geotags, text and emojis. There are also messaging and live video chatting features.

Are you into DIY home décor, event planning, baking, cooking, etc.? Use Pinterest to find exactly what you’re looking for, or share your own ideas for others to imitate.

Tumblr is essentially a blogging platform that allows users to post text, photos, videos, music, art and anything else you can think of. A user’s dashboard lets him or her know when there’s new content on one of the blogs he or she is following.

This app allows users to send messages, photos, videos and other content to people in the form of a messaging system. Kik users don’t have to provide any personal information besides their chosen username, so there’s a level of anonymity.

Periscope users create their own live stream and share the link either publicly or with specific users. They can also watch other users’ live streams.

Every time a new social media site is introduced, it offers another platform for us to expose ourselves to the rest of the world — not always resulting in positive feedback.

The more we share on social media, the more vulnerable we become to criticism. There’s something about the digital world and it’s lack of face-to-face communication that gives people the confidence to speak more candidly than they normally would. This type of bullying — whether it’s nonsensical, or stems from envy — can be detrimental to self-esteem, mental health and physical well-being.

Tweens and teens are perhaps most susceptible to social media bullying because they’ve grown up in a technological era, so they’re using social media sites more than any other age group. When used appropriately, social media can allow young adults to express themselves freely and creatively, while giving them the opportunity to connect with others who share their interests. But, when employed to spread rumors and hurtful messages, social media becomes dangerous.

Nicole Lovell, 13, of Virginia, was murdered in January by someone she allegedly met on Kik. Zoe Johnson, 13, of Michigan committed suicide in July after enduring repeated bullying both online and in person. And these teens aren’t the only ones who have suffered.

According to the Cyberbullying Research Center, about 50 percent of adolescents have fallen victim to some form of cyberbullying, and 10 to 20 percent endure it repeatedly.

Because some social media sites don’t require that much personal information from users, it can be difficult to track down offenders.

Jackie Johnson, director of communications for Alachua County Public Schools said that situations with students improperly using technology on campus results in penalties, but those are set on a case-by-case basis. She expressed that some people would like the school board to take action in cases that occur off of school property, but that they just don’t have the jurisdiction to do so. “We really don’t have jurisdiction when they’re not on our campuses and not using our computers,” said Johnson. ]

Outside of school hours, and even during those hours, a level of responsibility falls on parents to ensure their children are not on the giving or receiving end of cyberbullying. Here are some tips for parents to protect their children:

1. Insist that your child’s social media profiles are set to private, so strangers cannot view them. Don’t take their word for it. Test them. Continue to test them during their time using the apps.

2. Monitor who your child is befriending and talking to on social media sites. There are programs like PureSight PC and Net Nanny that allow you to keep an eye on your child’s social media sites through filter settings, blocking capabilities and other restrictive options.

3. Make sure all of the information he or she presents about him or herself is truthful, in order to avoid unwanted attention.

4. Encourage your child to let you know if he or she is at the receiving end of threatening comments or bullying.

5. Teach your child not to use derogatory or hurtful words when interacting with others.

6. Teach your child what consequences could result in using these platforms incorrectly.

7. Monitor your child’s photos and educate them on what is and is not appropriate for photos.

8. Make sure they know to come to you IMMEDIATELY if something does not seem acceptable, normal, or if they are uncomfortable with what they see. They should be praised for coming to you, as you want them to feel like they can always come to you for help/protection.