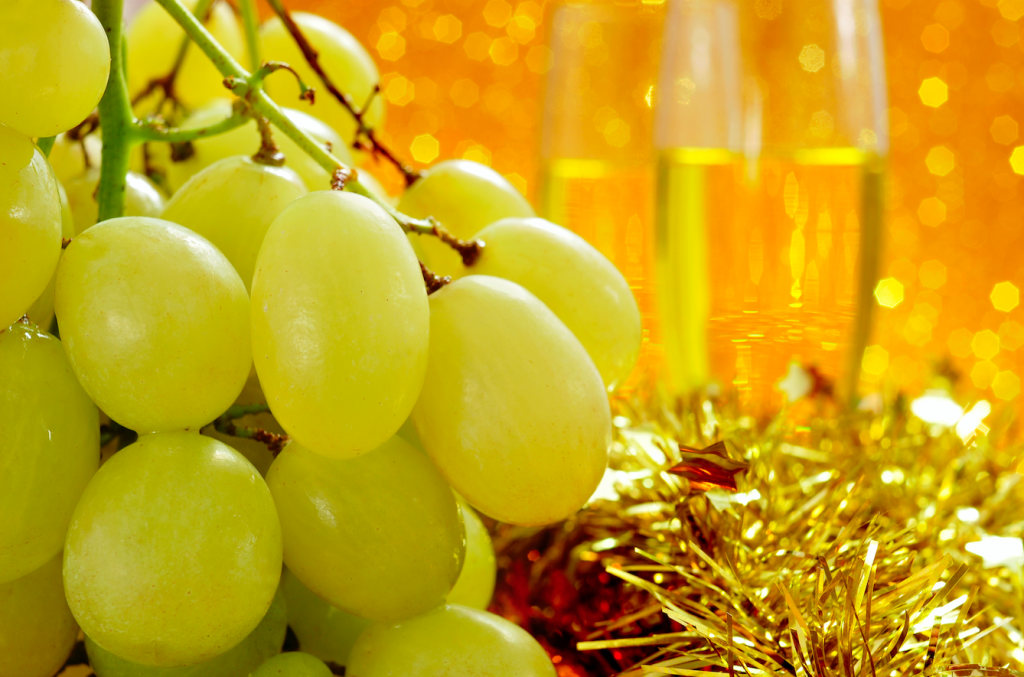 As each year draws to a close and a new one rolls in, people across the world indulge in rituals and traditions they hope will bring them health, wealth and — of course — good luck in the new year. Whether following these customs appeases our superstitions or just our appetites, there is no doubt people around the world enjoy eating these lucky foods. Learn more about New Year’s Eve food from around the world!

If you were ever looking for an excuse to indulge in one of America’s favorite comfort foods, look no further than this New Year’s treat. Eating cornbread, which symbolizes gold because of its color, is said to bring good luck in the new year. To ensure extra luck, you can even add corn kernels to your dish, serving as emblems of gold nuggets.

Smash a pomegranate on the floor

According to the Greek Reporter, when the clock strikes 12 a.m. in Greece, smashing a pomegranate on the floor in front of the front door reveals seeds symbolizing prosperity and good fortune. The more seeds, the more luck you will have in the new year!

Eating greens on New Year’s Day is a southern tradition that seems to have been around for as long as most people can remember. The reason behind this? Greens are said to resemble paper money, therefore eating anything from cabbage to kale to collard greens is said to symbolize a financially prosperous year. What’s not to like about that?

In Japan, a unique New Year’s tradition says slurping Toshikoshi soba noodles symbolizes a long life. According to Japan Guide, these soba noodles are made of buckwheat flour, and resemble spaghetti noodles in size. Although soba noodles are enjoyed year-round, they are only said to bring good luck if they are eaten on New Year’s Eve.

Eating black-eyed peas on New Year’s Day is a tradition that has been around for hundreds of years, and these delicious good luck charms are rich in symbolism. Some say eating black-eyed peas represents expanding wealth because dried beans greatly expand in volume, and others claim eating them is an essential ritual because they resemble coins. Either way, it is a great way to start the year.

On New Year’s Eve, Spanish tradition — and superstition —  says to eat 12 grapes at the stroke of midnight to symbolize the 12 months of the upcoming year to avoid poisoning your fate. If one is bitter, watch out for the corresponding month! According to NPR, it is common belief that Spanish winemakers are behind this tradition to increase demand for grapes during the winter months.

In many parts of the world, ring shaped cakes and pastries — sometimes with trinkets baked inside — are eaten on New Year’s to symbolize coming full circle. Italians indulge in a ring-shaped pastry called Chiacchiere, while in Poland people enjoy donuts. In Denmark, a tall-ringed cake, Kransekage, is a New Year’s staple.

Many people consider pork to be a lucky food to eat on New Year’s Day because pigs tend to “root forward” in the ground with their noses, symbolizing forward progress. You can choose which way to eat your pig including ham, sausage, bacon … is your mouth watering yet?

Bake a coin into a cake

Another tradition for good luck in Greece and other parts of eastern Europe involves a special lemon-flavored coffee cake called Vasilopita baked with a coin inside. Whoever finds the coin gets a year of good luck!

Find Out How To Celebrate New Year’s In Gainesville!

COVID-19 Vaccine Facts And Info For Those Over 65

Emotional Eating: What It Is And How To Avoid It

Part Of The Ichetucknee River Will Be Off-Limits This Spring