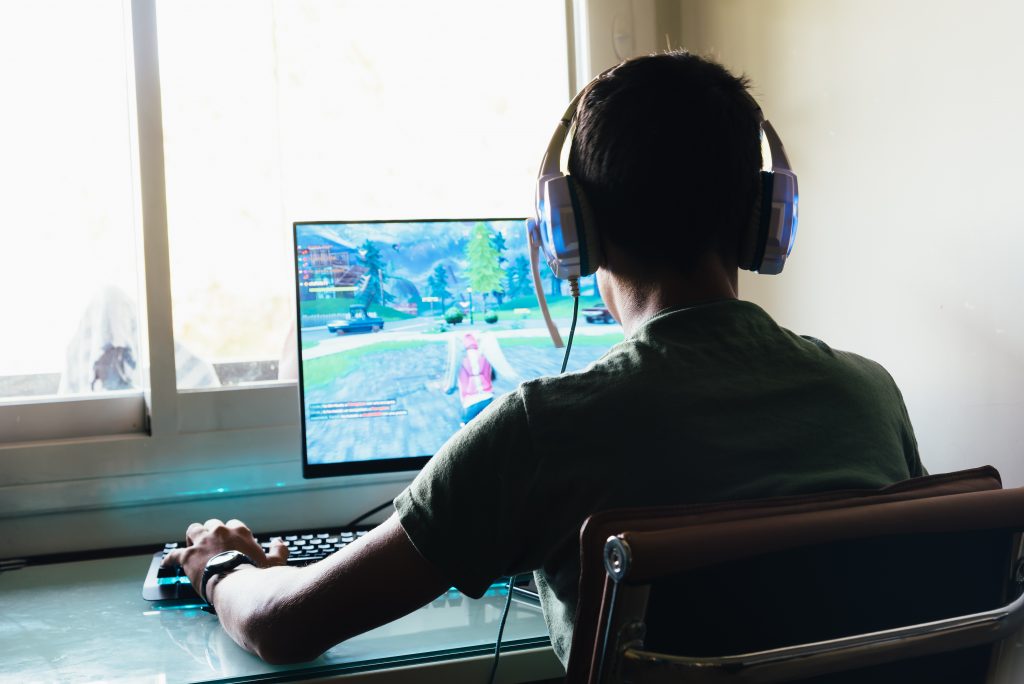 When your children enter the tween years, it starts getting hard to keep up. You are probably asking yourself , “What are tweens into these days?” They have their own hobbies and interests, and with the internet there’s a new trend every week. If you are feeling a little bit out of the loop, we’re here to help!

We’ve come up with a list of six things your tweens are probably into right now to help you connect and understand their lingo! But, don’t blink; as these are sure to change as fast a tween changes their hair color. And, next time one of our parent friends as you “What are teens into these days”, you know right where to begin!

Just by being a parent, you’ve probably already heard about Fortnite. It’s an online video game that burst onto the scene in 2017 and remained a constant favorite among gamers throughout last year. ere are several versions of the game now, but the main two, are player-versus-player games where you get ranked at how well you did compared to the other players at the end of each round.

In the past few years, slime has taken over the world. If your kid is into slime, chances are you’ve also been coerced into buying odd things like tubs of glue, contact lens solution and liquid starch so your little one could make a big blob of slime. Not only is making slime part of the hobby, but another part is making videos about it. If you search slime on Instagram or YouTube, there are countless videos of people stretching, swirling and poking their various types of slime.

Slime videos aren’t the only things on the video-sharing platform; there are also millions of other YouTube channels your kids could be watching. If you can think of it, there’s probably
a video about it. One popular corner of YouTube is gaming channels, where people screen-record themselves playing video games and chatting to their subscribers. Another is vloggers (video-bloggers) who make videos documenting their daily lives and filming themselves doing whatever might be happening that day. Tutorial videos have also taken over the space in the last few years. Some of the most popular are makeup tutorials, so if your kiddo decides one day that they need a full-glam makeup look with winged eyeliner, YouTubers are probably the ones behind it.

Step aside Nintendo DS and PSP, there’s a new kid in town called the Nintendo Switch. The Switch came out in 2017 and has skyrocketed in popularity. It’s name comes from the fact that parts of the Switch can come apart and be moved around to make it either a stationary or portable console. Of the games available for Switch, Super Smash Bros is a fan favorite.

From the company that brought us Bratz dolls and Little Tikes, MGA Entertainment has a new line called L.O.L. Surprise! that features small baby dolls hidden in plastic balls and capsules. There are several layers of plastic that cover up the capsule, and with each layer you peel away, another piece of the doll set is revealed!

Snapchat has been a teen/millennial favorite for years now, but tweens have started to catch on too. If you’re unfamiliar, Snapchat is a social media app that is used for instantly sharing photos and videos with friends and followers. You can send pictures and messages to individual people, or they can also be shared on “Snapchat Stories,” which are available to all followers and only last for 24 hours before disappearing forever. It’s also the app that started the trend of adding filters to your photos and videos, such as the classic dog fillter and the “puking rainbows” filter.

Safety first… always monitor your tween’s computer screen time and phone app time. Dangers lurk around every corner and on every channel!