Home » latest post » Ulcers in Children: What You Need to Know 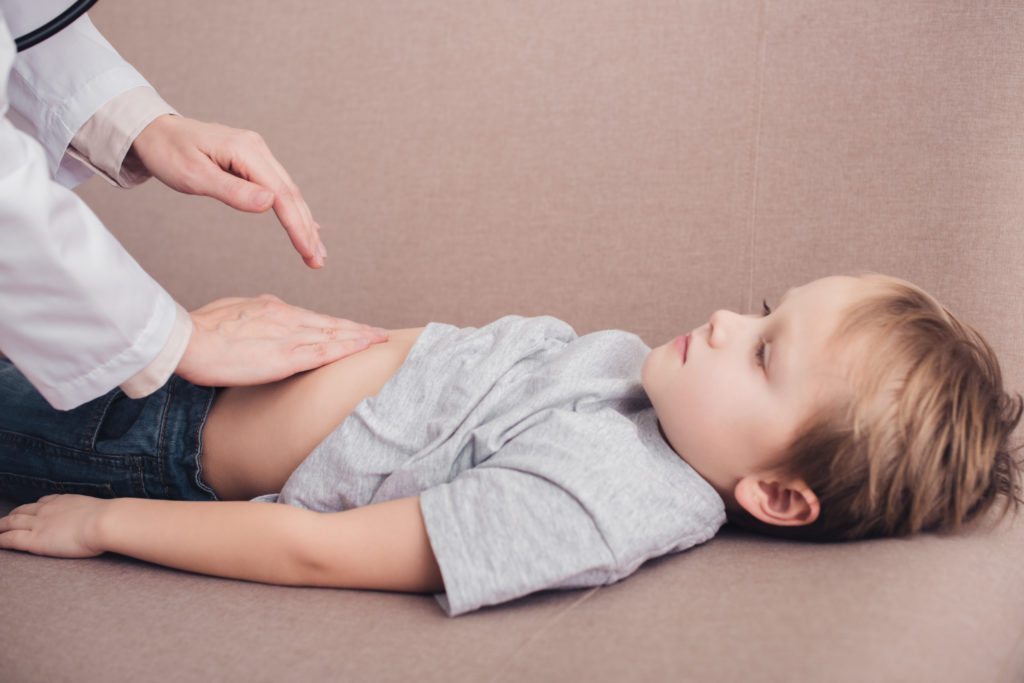 “Ulcer” makes you think of overworked, over-stressed adults. While it may not seem like stomach ulcers are something kids would have to worry about, an Italian study found that the incidence of ulcers in kids in the U.S. was over 17 out of 100.

Lifestyle factors such as stress, diet, caffeine intake, smoking and non-steroidal anti-inflammatory drug (NSAID) use have been said to cause these sores in the stomach. Research now shows that the stomach’s inability to stand up to its own harsh digestive fluids can also cause ulcers. An article published by the Children’s Hospital of Philadelphia (CHoP) points out that the culprit is most commonly an infection by the bacterium Heliocbacter pylori. While kids aren’t at high risk for lifestyle factors such as stress and smoking, they are susceptible to ulcers as a result of an H. pylori.

According to the University of Rochester Medical Center (URMC), there may be no symptoms at all, but most often there will be a nagging or burning pain in the stomach, between the breastbone and belly button. Pain may be more common between meals or early in the morning and could last a few minutes to a few hours. Other symptoms to watch for are belching, bloating, nausea and vomiting, particularly vomit with blood present, poor appetite, weight loss and tiredness. Since these may mimic other health problems, URMC says it’s important to make sure your child sees their pediatrician for a definitive diagnosis.

According to CHoP, your child’s physician may order an upper gastrointestinal (GI) series where your child will drink a fluid that will allow the doctor to see an image of the upper GI tract through X-ray. The doctor may also order an endoscopy where a camera and light are passed down the esophagus into the stomach for a look around. In a more non-invasive approach, a 2021 article in the Journal of Ultrasound in Medicine found that ultrasounds were effective in identifying ulcers in pediatric patients. Once an ulcer is diagnosed, treatment can include antibiotics, particularly if H. pylori is suspected, histamine blockers or proton pump inhibitors to reduce the amount of stomach acid produced and medications to protect the stomach’s lining from further acid damage.

How can you keep your child from developing an ulcer?

The answer here also involves H. pylori. Most of the risk for an H. pylori infection seems to come from being in close contact with other kids. To reduce risk, have your children wash hands often, keep your children away from kids with a suspected infection, and do your best to monitor what goes in their mouths as infected food and water can also cause infection.

If you’re worried that your child’s stomach ache is something more serious, you may be right. But, with quick identification and treatment, most ulcers heal and don’t come back and your child can be back on the playground in no time.

Newborn Jaundice: Should I Be Worried?

Can Kids Have Osteoporosis?