Home » latest post » Why Do Teens Sleep Till Noon? 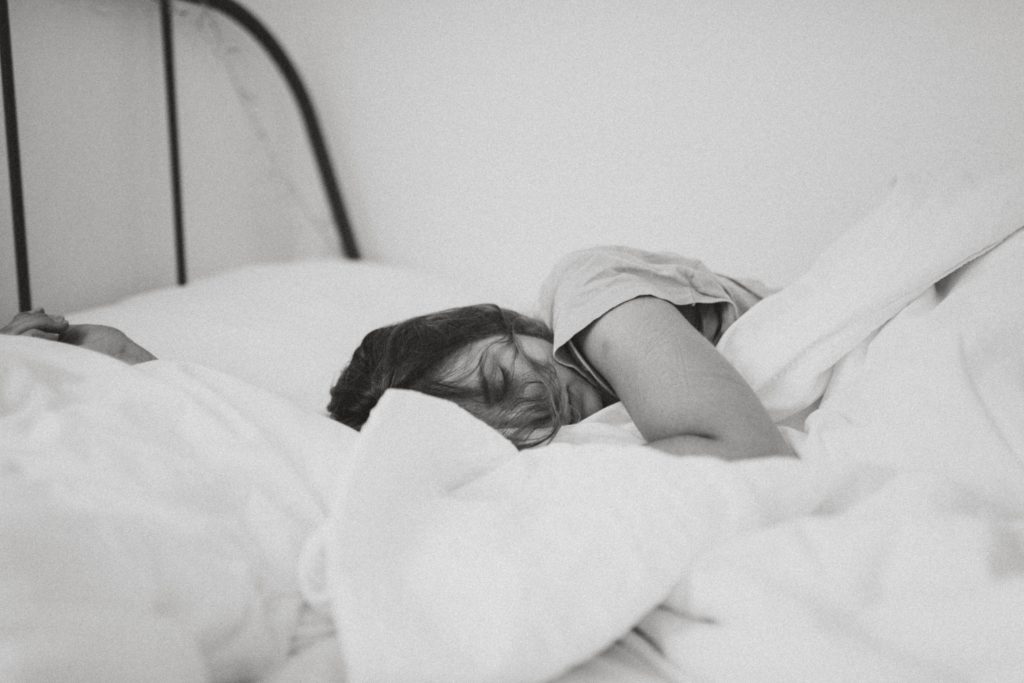 Your daughter used to scurry to your bedroom door at a ripe 6 a.m. and peer inside at your sound asleep self. Without hesitation, her mouse-like tendencies would turn feline and she’d pounce — jolting you awake in hopes that you’d play with her. Your son used to greet the sunrise with the boisterous vroom-vroom sounds he personified his toy cars with and the cantankerous chaos of a tumbling tower of blocks that would jostle you from your sweet slumber before your REM cycle could come to an appropriate stopping place. Now, the teens have transformed into the typical sleep-until-noon teenagers, whose slumber is not the least bit disrupted by the ping of the toaster that just finished preparing your breakfast or the news anchor voices exuding from the living room TV, broadcasting the morning’s latest updates. The roles have reversed. Your once up-before-the-sun children are now nowhere to be seen before midday — and you are now the one tugging on their shirt sleeves to wake them up for school days or weekend plans.

You may chalk it up to laziness because your teen stays up late watching unrealistic reality TV shows while simultaneously unleashing a phalange attack on the touchscreen of his or her cellphone — taking intermittent breaks to snap selfies, check Instagram and post a four-second story on Snapchat. But, the truth is that biology is to blame for your teen’s newfound wake-sleep schedule.

Our bodies secrete a hormone called melatonin, which regulates our wakesleep cycle. For children, melatonin secretions happen in the early evening, but as they mature into teenagers they release melatonin later and later. Because they start going to sleep at a later time, they sleep in to compensate for those missed early evening hours of shuteye.

Additionally, our bodies have their own internal clocks that operate on a 24-hour cycle known as our circadian rhythm. The circadian rhythm is physical, mental and behavioral, and it determines when we feel awake and when we feel sleepy. Environmental and biological changes can alter the time frames in our circadian rhythm, and that is why teenagers go to bed late and sleep in later. During our teenaged years, we experience puberty; our bodies begin to develop and transition from girl to woman, from boy to man.

Ideally, teenagers should be sleeping for nine hours each night, but because of schoolwork, part-time jobs, heightened social lives, extracurricular activities and distractions from new-aged technology, few teens actually meet their daily sleep needs. Sleep deprivation is a legitimate concern if it persists for an extended period of time. Lack of sleep can lead to decreased concentration, mood swings and more.

So, next time you notice your teen still catching some Z’s in the early afternoon, remember to let them sleep in. Growing up is the culprit here!

Our bodies secrete a hormone called melatonin, which regulates our wake-sleep cycle. For children, melatonin secretions happen in the early evening, but as they mature into teenagers they release melatonin later and later.

Read Along With Julie Andrews On The Julie’s Library Podcast