Home » latest post » Why Does My Baby Spit Up? 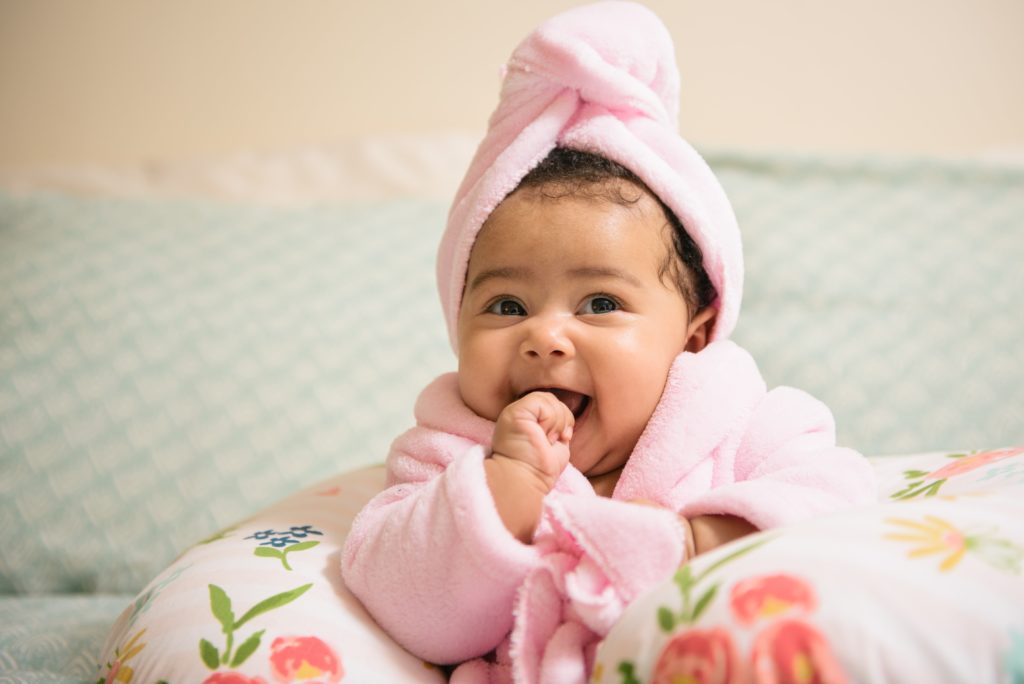 New moms be on notice… your baby will most likely spit up. It’s a fact of life. However, the good news is most of the time, it is completely harmless and the downside is it might require you to do a few more loads of laundry and have more burp cloths on hand.

“Infants spit up for a variety of reasons, but most often, it is due to an immature digestive system,” said Allison McAlhany, advanced registered nurse practitioner at Healthy Steps Pediatrics in Gainesville. If your baby is spitting up frequently, they could have gastroesophageal reflux (GER).

GER usually starts at two to three weeks of age and peaks at four to five months, according to the American Academy of Pediatrics (AAP). Symptoms typically clear up by the time they are nine to 12 months old. However, as long as it is mild, there is no cause for alarm. McAlhany said they will eventually outgrow it once their muscles mature.

Other culprits leading to your little one’s frequent spit up include overfeeding, oversupply, a forceful letdown of breastmilk, or a milk protein intolerance, McAlhany added.

About 5% of babies have a condition called milk-soy protein intolerance, which makes them unable to handle the proteins found in milk or soy formula.
-American Academy of Pediatrics

If your baby is spitting up, but seems happy and is gaining weight, there probably isn’t any room to be concerned. However, if your baby is projectile spitting up, losing weight or is inconsolable, your pediatrician should evaluate them, McAlhany said.

Another cause of your baby’s spit up could be lying under the surface and be related to having pyloric stenosis, a stomach problem requiring surgery. Newborns who projectile vomit at least once a day should be checked out by their doctor, according to the American Academy of Pediatrics (AAP).

If you are breastfeeding, you may also notice that something you eat frequently might upset your baby’s tummy. “If there is something in a nursing mom’s diet that makes your baby spit up more, then avoiding that food may help,” McAlhany said.

When you are using formula to feed your baby, there is a chance it could be contributing to their spitting up. According to the AAP, about 5% of babies have a condition called milk-soy protein intolerance, which makes them unable to handle the proteins found in milk or soy formula. Spitting up might be a sign to speak to your pediatrician about trying a different formula.

Your baby could have a food sensitivity. A common offender is cow’s milk products, the AAP says.

If you become concerned about your baby’s spit up tendencies at any time, contact your pediatrician at once. There are some simple little things you can do at home to try to prevent spit up. Try keeping your baby upright after a feeding and make sure you burp them well. Try limiting active play and tummy time directly after your baby eats allowing them time to digest. Introducing smaller, more frequent feedings could also prevent filling up baby’s tummy too fast and too full, which can cause your baby to spit up.