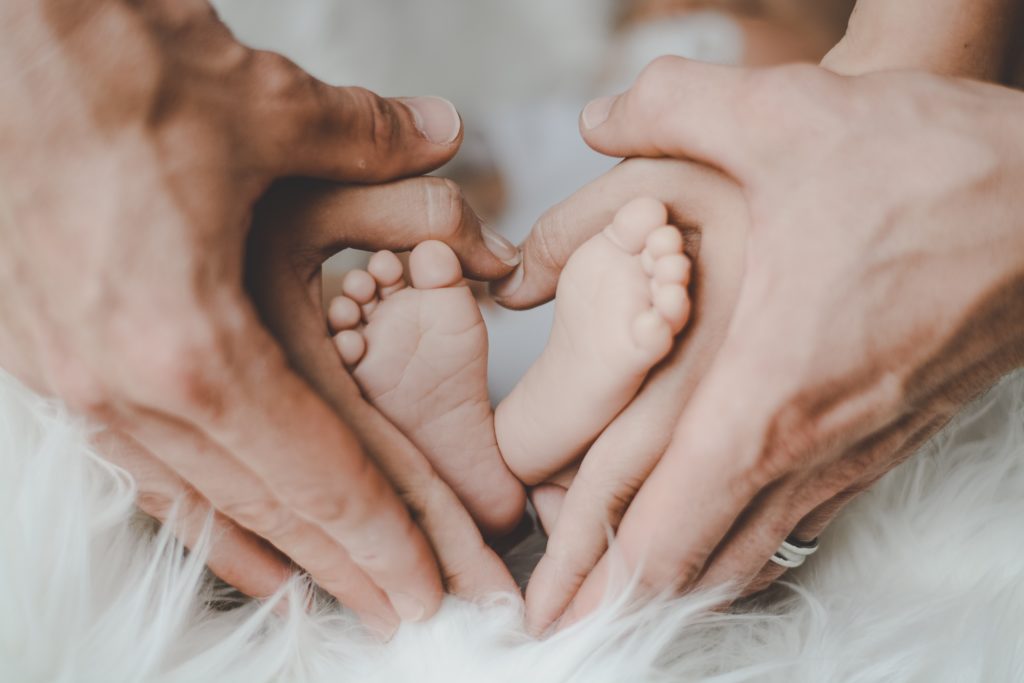 A pregnant Kara Toporek felt off. In 2015, a day of observation in the hospital revealed that her baby stopped moving. Her doctor decided she needed an emergency C-section. Fifteen minutes later, Toporek gave birth to her beautiful baby girl, 12 weeks ahead of schedule. Preterm birth affects about 1 in every 10 infants born in the United States, according to Dr. Charles Powers of Benton Pediatrics. Ironically, Harper’s, Toporek’s daughter, due date fell on November 17, or World Prematurity Day, which celebrates and raises awareness for preemie moms and babies. Before Harper, Toporek knew little about premature births, her first child was born full-term and her friends had given birth on schedule.

“I remember Googling every term I heard every doctor [and] every nurse say, like Apgar scores and viability rates.” She said. “It was a huge introduction [to] this world.”

Developing babies go through crucial growth in their final few gestation months. A premature birth typically happens between 32 and 36 weeks of pregnancy, Dr. Powers said. Only 2% of babies in the U.S. are born at less than 32 weeks. Premature babies, especially those born at 23 to 26 weeks, can experience medical problems. Health effects vary, but the earlier a baby is born, the higher the risk of complications. The specific cause of premature birth isn’t clear. Many women who experience premature birth show no known risk factors. Megan Martin, a mother oftwo, welcomed her daughters prematurely, respectively. Like Toporek, she heard little about preemies until she gave birth to her first daughter, Margaux, at 33 weeks in 2013.

“For Margaux, it was very surreal because I didn’t realize I would be having her so soon,” She said. “[But] I had easy pregnancies with both girls. For Madelyn, we knew she was breech and that there would be a good chance I would have to have a [C-section] for her delivery.”

As for Harper, she stopped moving in utero. The doctor suspected a brain injury. A brain scan and MRI confirmed that Harper had experienced a stroke in utero. Toporek hadn’t known babies could have strokes. Preemies are susceptible to brain bleeds and Harper was essentially the perfect storm, she said. She caught her first glimpse of her sleeping newborn at the NICU, feeling blood rush to her head. Her 2-pound, 13-inch baby hid under tubes and wires tangled together like a pile of jewelry.

“Those initial few moments you just don’t know if they’re going to be okay,” She said. “But I knew she was in pretty good hands.”

Harper spent four months in the NICU, intubated and gazed upon by her parents through a transparent plastic box. Time is the real dealbreaker, Toporek said. Some preemies go on to lead normal, healthy lives. You would never know their lives began in trauma. Some preemies, like Harper, do not get out unscathed and will live out the long-term complications. Some preemies never get to leave the hospital at all. Fortunately, in that first NICU day, Harper was stable and never looked back.

“It really opens your eyes to life, in general,” She said. “All of these little babies have such a fighting spirit. It changes you, and [you] definitely appreciate every milestone.”

Preemies may struggle with breathing and digestion, said Dr. Powers. Long-term challenges may include developmental delay or not meeting developmental goals for his or her age and lower academic performance. Parents can compare their preemie’s adjusted age, or due date, to their actual age, or date of birth, to figure out milestones, goals and health plans.

Harper turned 5 in August. Her prematurity’s never been taken off the table. She’s diagnosed with cerebral palsy, the aftermath of her brain bleed. It’s not uncommon in the world of prematurity. Physically, Harper is limited. Cognitively, she’s as sharp as a tack, Toporeksaid. When Harper isn’t playing with her brother or floating in a pool, they frequent physical, occupational and vision therapists regularly and visit seven specialists. Toporek said Harper’s not a typical child, and they know she will never lead a life independent of her parents, but their priority is making Harper’s life the most beautiful it can be.

There’s a lot of fear that fuels you, Toporek said. But when she comes across another mother with a baby in the NICU, she reminds them there’s a lot of small miracles.

“They say hindsight’s 20/20, but it’s really true,” She said. “Somewhere along the way, I shifted gears and stopped being so afraid. I wouldn’t change what it’s taught me. Enjoy every moment.”

If you’re a new preemie mom, always ask questions. Every experience is different. Your baby may need extra help in feeding or adapting after delivery. Your healthcare team can help you understand your needs and figure out your child’s basic care plan.

How To Address Bad Toddler Behavior And Time-Outs

Get Maternity Styling Tips For Dressing The Bump

3 Ways To Sleep Train Your Baby

Creating A Modern Nursery For You And Baby

Know What Your Babysitter Needs