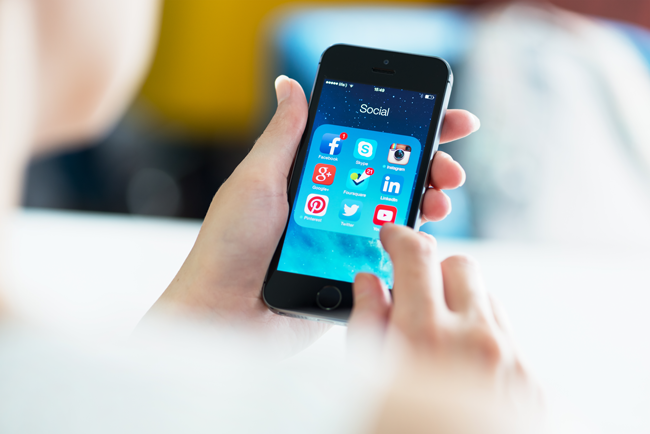 My husband and I learned early on how to protect our marriage: we avoid politics. As two opinionated people on opposite sides of the spectrum, we became frustrated with each other during our first presidential election as a dating couple. Had we been on Facebook at the time, I’m sure I would have unfriended him and vice versa. Fortunately, we soon realized that we were not going to change the other’s beliefs and our relationship is not based on whom we vote for. Now, when he posts a political article, I happily scroll past.

However, I’ve seen many people get into heated debates online and wonder how their relationships survive, or if they survive. Here are some tips for online etiquette during this election season.

Even when conversing with family members online, there’s still a sense of anonymity in an online world. This false sense of security can lower your inhibitions, and you may end up saying something you will later regret. Be respectful in your interactions. Avoid name-calling. Remember, when you have a debate online, you have an audience, and there are some people who just enjoy instigating arguments. Don’t write anything you wouldn’t be comfortable saying to them in person. Take the high road and say, “I’d be happy to discuss this further with you. Want to do lunch?”

In the months surrounding a presidential election, you find out how your friends really feel about the candidates. You might also discover you share differing views on some controversial topics. If it’s a topic you feel very passionate about, you may even wonder how you can be friends with them. Your friendships can survive this, if you want them to. If their posts are making you cringe or groan every time you see them, you can temporarily unfollow them on Facebook. You will still be friends with them, and after a few months, start following them again when topics aren’t so heated.

I can’t count how many times I’ve heard someone say, “If so-and-so wins this election, I’m moving to Canada!” So far, I have no friends who have actually followed through with this. Yes, you feel passionately about your political beliefs, but think before you speak. Otherwise, you just sound dramatic and no one will take you seriously anyway.

If you find yourself getting really upset at someone else’s post, and it’s someone with whom you have a close relationship, evaluate how much this person means to you, and how much politics play a role in your relationship. Is an argument worth jeopardizing your relationship? Or is it best to agree to disagree? Like my husband and I realized, our relationship is based on trust, love, fun and mutual respect. Don’t let your political ego get in the way.

Yes, you feel passionately about your political beliefs, but think before you speak.