Home » latest post » How to Talk to Your Kids About Cyberbullying 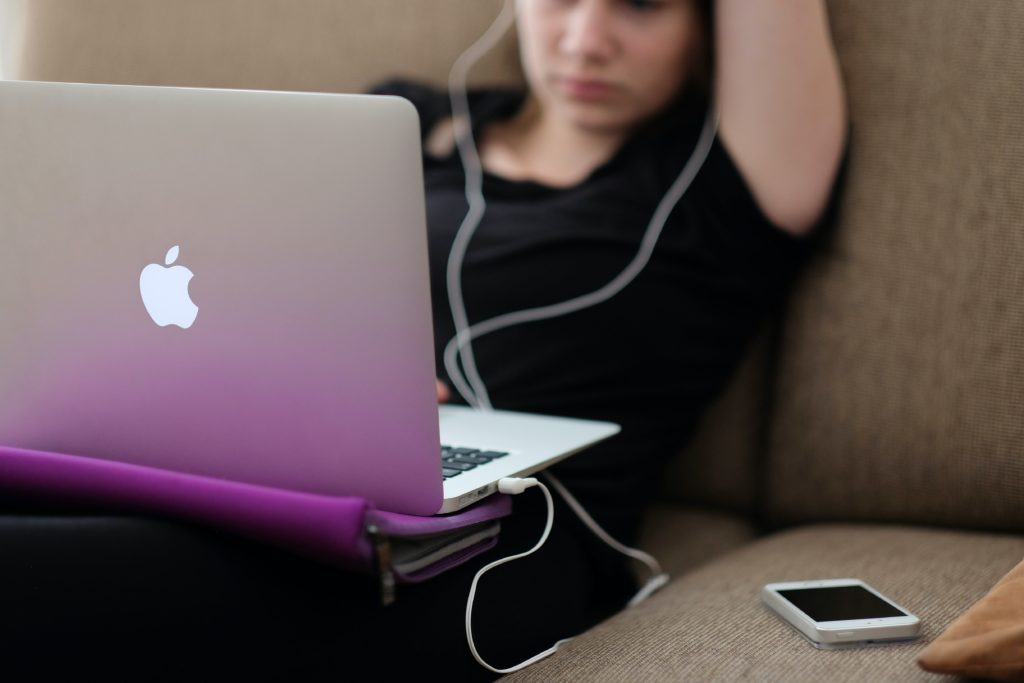 Most parents of tweens and teenagers will inevitably have to navigate the wars of social media. Over the last decade there has been a significant increase in technology and social media apps in our day-to-day lives. As we have seen through recent current events, social media can be used for good to unite people together for one cause, but on the flip side, it can be used as a dangerous tool to belittle people because of their appearance, skin color, orientation, opinions and the like. While beneficial in many ways, there has also been a large drawback: a steep rise in cyberbullying through intimidation and humiliation.

With every passing day, parents are subjected to news headlines detailing a teenager’s suicide at the hands of cyberbullying. According to the Centers for Disease Control and Prevention, suicide is the third leading cause of death among young people, resulting in about 4,400 deaths per year. Bully victims are two to nine times more likely to consider suicide than non-victims, according to studies by Yale University.

These untimely deaths leave parents scrambling for answers and friends riddled with guilt. According to a 2016 report from the Cyberbullying Research Center, a representative sample revealed that approximately 35 percent of children surveyed, aged 12–17, had been a victim of cyberbullying, with 16 percent admitting to have bullied someone else.

“Cyberbullying is the electronic version of traditional or in-person bullying, which has been defined as ‘unwanted, aggressive behavior among school aged children that involves a real or perceived power imbalance.’ The behavior is repeated, or has the potential to be repeated, over time,” said Jeff Temple, Ph.D. and director of Behavioral Health and Research at the University of Texas Medical Branch. “Both kids who are bullied and who bully others may have serious, lasting problems.”

When it comes to your kids, what should you look for to identify that your child is being cyberbullied?

“Some signs that your child may be a victim of cyberbullying include [when] your child unexpectedly stops using their devices or is nervous when using their digital devices, is afraid to go to school or outside, oversleeps or has trouble sleeping, feels angry and/or depressed after being online or seems depressed all the time,” said Ross Ellis, founder and CEO of STOMP Out Bullying ™. “They may lose interest in things they have always enjoyed, become secretive about online activities or withdraw from friends and family.”

Parents need to be aware of not only bullying behaviors for those being bullied, but also those either doing the bullying or bystanders of bullying. One of the major problems associated with this is the psychological syndrome of moral disengagement, said Holly T. Moses, Ph.D., lecturer in the Department of Health Education and Behavior at the University of Florida. “Moral disengagement is the process by which a person who would normally not take an action, because it is considered immoral, disengages that impulse. What cyberbullying adolescents and teens do not see is someone’s reaction to their online comment so that moral compass is temporarily lost,” Moses said.

However, parents can be proactive in helping to end a child’s cyberbullying by recognizing certain patterns. “Often those who cyberbully may have positive views towards violence and may be aggressive towards parents, teachers and other adults,” Ellis said. “They feel a need to control and dominate others and situations and may be hot tempered, impulsive and easily frustrated. They may test limits, boundaries and breaks rules and may show little sympathy towards others who are bullied.” Cyberbullying has become a prolific problem in society, which is why it is important to recognize signs that a child is either being bullied or is a bully.

16-year-old Texan native, David Molak, fell victim to cyberbullying by classmates who mocked his appearance and threatened physical violence against him. After months of cyberbullying, Molak took his own life in January 2016. His parents created David’s Legacy, a foundation aimed at raising awareness about cyberbullying and suicide. The family worked with state politicians on a bill, David’s Law, to make cyberbullying a crime in Texas when it leads to injury or suicide and the victim is a minor. The law was passed and fully enacted in September of 2017.

How can you protect your children?

Currently, Florida law does not have a separate statute outlawing cyberbullying, but its stalking law covers “cyberstalking” as well. A person is guilty of a misdemeanor crime if he or she willfully, maliciously and repeatedly harasses or cyberstalks another person. However, cyberbullying is a felony crime if the person engaging in it also makes a credible threat to the victim. While legislation has been slow to criminalize cyberbullying in its various forms, many states are now taking initiatives to pass new legislation to deter individuals from becoming cyberbullies.

“We are not doing enough to educate and prevent all types of cyberbullying,” Moses said. “We need more parental education and more interventions in the schools with partnerships between school counselors, health coordinators and community psychologists. Parents also need to be aware of psychological, developmental and legal ramifications if their child is both a bully or a bystander.”

Josh Ochs of Smartsocial.com, a website designed to educate parents, children and educators about being a safe online citizen, advises that parents do not give children access to cell phones or any other kinds of social media until they are 14 and then do everything they can to safeguard the device.

“You wouldn’t allow your child to drive away in a car and never look in that car or make sure they are driving it safely and responsibly,” Ochs said. “The same should be true of devices and social media. You are not invading your child’s privacy — you are simply protecting them. Your child should not be on any social media of which you are not and can’t have access to. Their password should be shared with their parents and parents should be free to search through it. Constant dialogue about being a safe citizen online should always happen.”

For parents and children, there are websites like stopbullying.gov, STOMPOutbullying.com and smartsocial.com that offer many free or low-cost resources for both parents and educators. Locally, the Alachua County Public School District has a specific statute that has a no-tolerance policy on cyberbullying if a student is found to be bullying others and could lead to behavioral interventions, suspension or expulsion for the bully. Most experts would agree to reach out to the local police department or sheriff’s office if your child is a victim of cyberbullying with physical threats against them or others and working closely with school counselors to address other forms of cyberbullying.

If you want to find out more information, visit the Smart Social Parenting podcast that author Tracy Wright participated in here about the topic of cyberbullying.

Get Your Kids In The Kitchen With ‘Cooking With Pixar’!

Gov. Ron DeSantis Gives Updates On Phase One Of Reopening The State Of Florida

Celebrate The Class Of 2020 On Facebook Watch In May