Home » latest post » Ending the Silence and Stigma: How to recognize signs leading to teen suicide 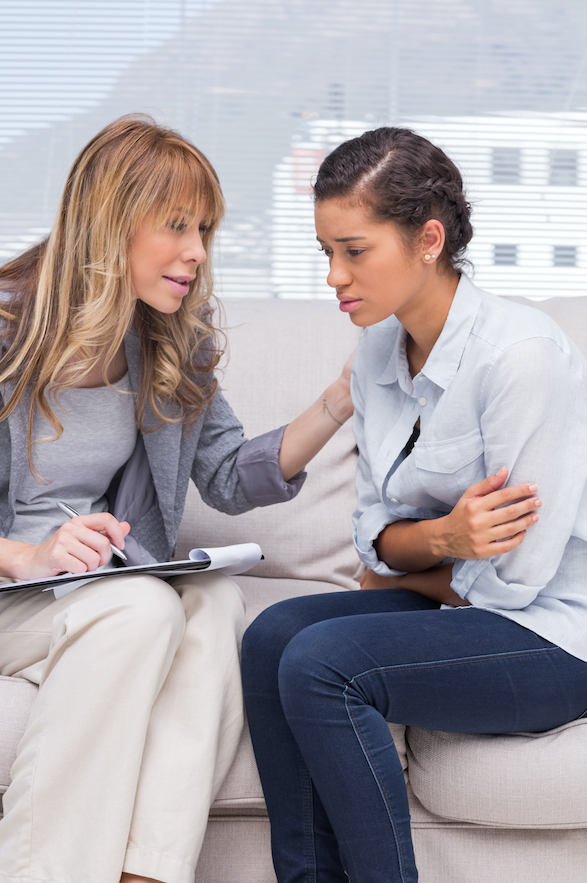 When 32-year-old Kimberley* looked back on her life, she realized that as early as 14, she was suffering from bouts of depression. Even in middle school, she experienced low self-esteem, which would lead her to binge or restrict food because of insecurities about her appearance. She never had a lot of friends and had problems keeping the ones she had. Kimberley would increasingly have anxiety attacks.

Then Kimberley began to self-injure, a symptom of mental health conditions, especially in teens. “It was frustrating. I felt like there was no in-between in dealing with my issues. My parents tried to help and be supportive, but it was easier for them to ignore the issues,” she said. “Once I started to self-injure, it landed me in a local psychiatric hospital. Some interventions helped, but no one got to the root of the problem.”

According to the National Institute of Mental Health and Centers for Disease Control and Prevention, one in five children experience a mental health disorder in their lifetimes and half of these go untreated. For Kimberley, it was bipolar disorder, which had been misdiagnosed multiple times. Unfortunately, it led her to an ultimate low — seeking a relationship with a verbally abusive man while using drugs and self-injuring. Along the way, there were multiple suicide attempts.

Fourteen percent of deaths in children ages 15–19 are due to suicide, said Dr. Daniel Witter, a psychiatrist at North Florida Regional Medical Center. What are warning signs parents can look for in their teens or middle schoolers to better understand if their child is suffering from a health issue and considering suicide? “Of the warning signs, the most significant would be reports of suicidal thoughts or evidence of self-harm such as cutting,” said Dr. Witter. Behavioral changes such as isolating, loss of interest in previous activities, and substance use are also warning signs that should be given close attention.

As if the teenage years were not difficult enough, new stimuli like social media is shown to have adverse effects on mental health. A study conducted by the University of Pittsburgh found young adults who spend more time on social media may experience symptoms of sleep loss and depression. Parents should be aware of their teen’s use of social media, especially if there are concerns of mental health issues or a diagnosis.

The National Alliance on Mental Illness, a grassroots organization, is working to reverse the growing trend of teen suicide and help teenagers and preteenagers suffering from mental illness get the help they need. They offer Ending the Silence, a nationally recognized, evidence-based educational program, which works to remove the stigma of mental health issues among teens and their families.

Ending the Silence is an engaging and free presentation for middle schoolers and high schoolers that helps children and their families learn about the warning signs of mental health conditions and what can be done if you or a loved one are showing symptoms of a mental illness. NAMI partners with local schools to offer the presentation. They also host regular meetings for those interested in the program. Those who would like to attend can call (352) 256-5318 or email info@namigainesville.org.

Teresa Mullin, a local licensed mental health therapist, is the coordinator of the Gainesville Ending the Silence Program and a board member of NAMI Gainesville. She also had a child who suffered from mental health issues, which is a major part of what drove her to be a part of the program. “One of the main objectives of this program is to reduce stigma about mental health among students and their families,” said Mullin.

The Ending the Silence program typically provides information allowing the audience to understand that mental illness is a disease just like diabetes, cancer or cystic fibrosis. What is unique about the program is that it not only focuses on educating those suffering and their families, it encourages friends and peers to be advocates for their classmates.

A post-test research study conducted by NAMI surveyed 500 students in 10 schools across the country and included those who had participated in the Ending the Silence program and those who had not. It showed that those who had viewed the program significantly increased their awareness and knowledge about mental health issues among teenagers and how to seek assistance.

“Not only should parents be aware of warning signs, but they should encourage their children to be advocates for their friends or classmates,” said Mullin. “Often at this age, children will not turn to their parents for assistance but may share ideas or thoughts with friends or peers. Teen advocates should have open lines of communication with their own parents, teachers or counselors if they are concerned about someone they know.”

A key component for the presentation given in Gainesville is that they always incorporate a college-age speaker who has suffered through mental health issues. This is important because it allows the high school students to see someone who is younger and has been through something they may be experiencing.

There are many resources locally and nationally available for young adults, peers and their families if they are experiencing signs of mental illness. Mullin advises parents to establish a dialogue with their children about mental health, even if they have not exhibited warning signs. She also advises parents to learn about resources in their community that may be able to help.

In Gainesville, there are peer groups for teens, young adults and families, as well as therapy options, including cognitive behavioral therapy (counseling), art or pet therapy and non-traditional forms of therapy, which may utilize nature or exercise like yoga.

Kimberley wishes she could have found a safe space when she was a teenager, and she believes this could have helped her treatment. It took her a while to get connected to a mental health therapist who was right for her, which was key along with being on the proper medication. Today, she lives independently, has a stable job and is surrounded by people who are supportive of her.

“For friends and peers, I do encourage them to reach out to a friend they may think may be going through something or whose behavior has changed,” Kimberley said. “I also advise parents to check in with their children and let them know they always have their support. My relationship today with my parents is great, and it has improved as I get better with my treatment.”

Kimberley reminds teens, young adults and anyone suffering from mental illness that they are not alone. “Don’t believe stigmas and realize that your health — mental and physical — is vital.”

*Name has been changed to protect anonymity.