Home » latest post » How to Cope With Being An Older Grandparent 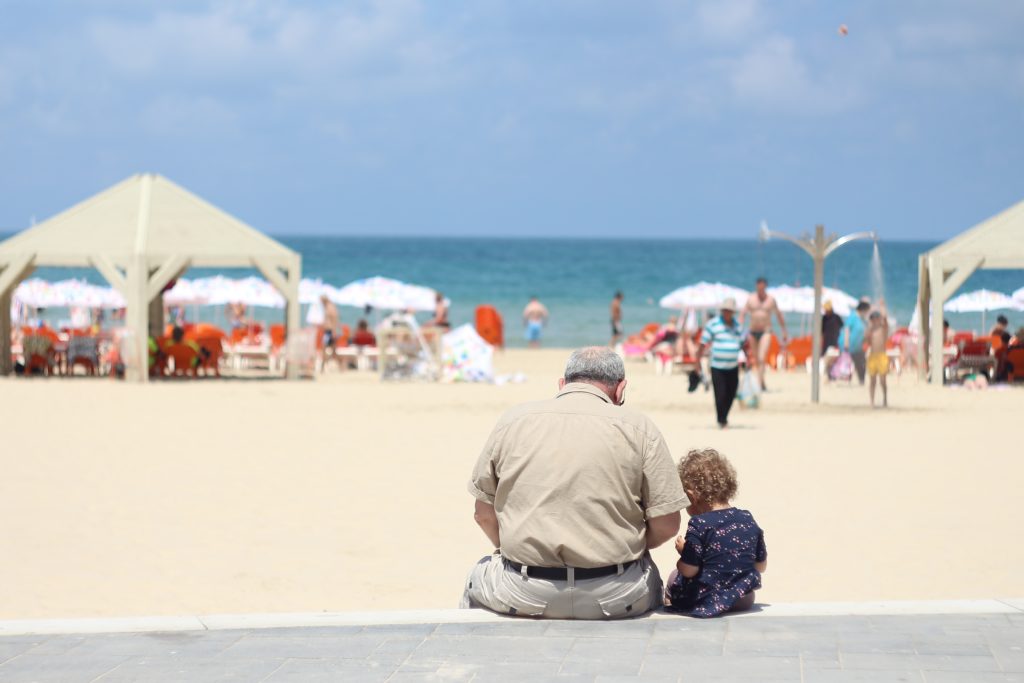 Many women are waiting until their late 20s to have their first child, according to The National Center for Health Statistics, and we are seeing more and more parents having children in their 30s and 40s. With older parents comes older grandparents, and those few years in age really make an impact.

“I was 69 years old before my first grandchild was born,” said Rose Pitkethly, my mother-in-law. “It’s harder being an older grandparent. You don’t have the stamina, flexibility or energy that you did 20 years ago.”

Many of her friends became grandparents long before she did, and they didn’t have to deal with the many medical issues associated with aging, such as arthritis, heart disease or high blood pressure.

Ivette Maldonado agreed. The mother of two notices how her mother struggles with aches and pains and tries to make accommodations for her.

“The girls and I will choose to do things with her that won’t require much physical activity or cause her too much soreness,” she said. “We used to invite her on road trips with us, but she can’t tolerate sitting for too long. I’m sure she feels she’s missing out as she gets older.”

So, why are people waiting longer to become parents? One of the reasons people are putting off having children is to pursue their education beyond a bachelor’s degree. In 2014, nearly 2 million students were enrolled in a master’s, specialist or doctorate program. A large investment in education typically leads to dedication to one’s career. Couples may opt to become more established in their professions before deciding to grow their family.

The past 10 years have also shown a steady decline in births, correlating with the economic recession. Perhaps many are afraid they can’t afford to have children. According to the Pew Research Center, the typical cost to raise a child from age 0 to 18 is $245,430.

Contraception has become much more effective and available in recent years, resulting in fewer “surprise” babies. Additionally, a woman’s chance of being infertile increases after her mid- 30s. So, if she is waiting until then to have a baby, she may have some difficulty conceiving and may need to pursue fertility treatments or other options such as surrogacy or adoption.

Marcia Ise and her husband were married 10 years before they felt they were ready to have children. She was 37 and her husband was 47. “I think waiting really makes us appreciate them and our time with them more,” she said. “We did so much in our 10 years of marriage before them that I’ve never felt like I’ve had to sacrifice anything in my life for them.”

Naturally, their parents were ecstatic when they announced their first pregnancy, and they were supportive throughout their marriage. “I was lucky our parents never pressured us,” said Ise. “Actually, when we told them they were so shocked since they assumed we just weren’t going to have kids.”

Whatever the reason your children have waited to have kids of their own, remember your value. Being an older grandparent doesn’t mean you can’t do anything with the kids; it just means doing different things. Ask the parents to reserve certain activities just for you: painting pictures, playing board games, teaching them how to cook, etc. Make meaningful memories with your grandchildren by adding your own special touch.