Home » latest post » I Want More Kids but My Spouse Doesn’t: How to Work Together When You are on Opposite Sides 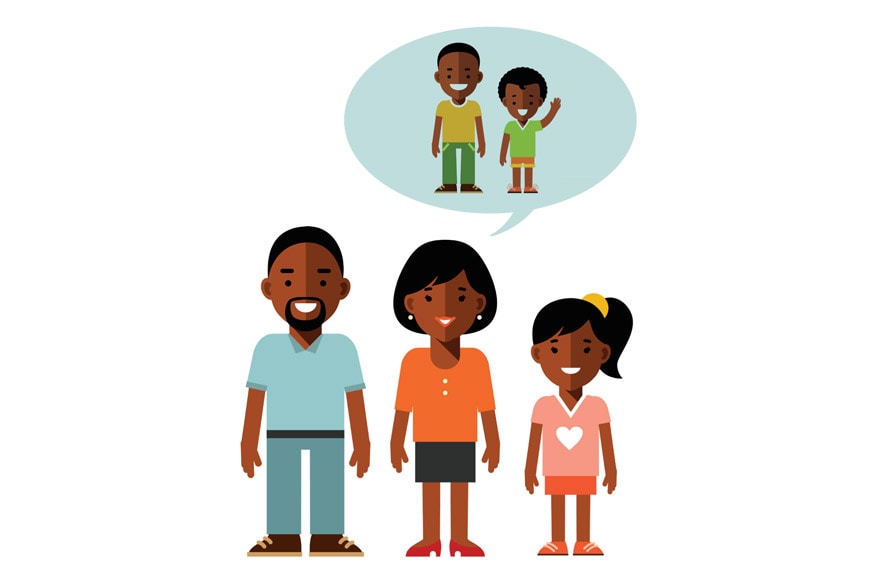 You and your spouse have been together for a while. You’ve supported each other to achieve life goals, both personal and professional. You’ve decided to grow your family by adding one or two, maybe three, little people. Life is good. But one of you wants to have just one more child. And the other is against it. What to do?

Noted relationship expert and clinical psychologist John Gottman calls this a gridlock. The two of you keep talking about it, but are not making any headway. Additionally, one or both of you may experience feelings of rejection, frustration and hurt. You may even become more entrenched in your point of view, unwilling to compromise and soon become resentful.

Before you throw in the burp cloth, here are some tips to help the two of you manage your issue.

In his book, “The Seven Principles for Making Marriage Work,” Gottman writes, “The goal in ending gridlock is not to solve the problem, but rather to move from gridlock to dialogue.” Discuss your feelings openly. Use “I” statements, such as “I want to have another baby and make us a family of fi ve.” Avoid blaming, accusing or judging your partner just because you don’t see eye to eye. Instead, focus on the problem that the two of you can face together. For example, instead of saying, “You keep bugging me to have another kid and you don’t care that I don’t want one,” you can try, “Let’s talk about whether or not we should have another child.”

Be positive in your interactions, even when you disagree. Use polite words, such as “Can we please talk about this more?” and “Thank you for listening to me.” Being affectionate also helps to de-escalate any frustration. Sit close, reach out and touch a shoulder or hand. When you get frustrated, avoid any cursing or name-calling. Instead, let your spouse know you need a timeout.

“The goal in ending gridlock is not to solve the problem, but rather to move from gridlock to dialogue.”

TALK ABOUT YOUR DREAMS

“Gridlock is a sign that you have dreams for your life that aren’t being addressed or respected by the other,” Gottman writes. He states when dreams are respected, the couple recognizes the importance of dreams and goals in a marriage and they work together as a team. When dreams are hidden, however, a couple becomes emotionally distant. So instead of focusing on disagreeing about how many children each of you wants, delve a little deeper. Maybe you want another child because you want to feel needed, and the older children have become more independent. Or maybe you don’t want another child because it means you would have to move, and you would rather invest your money into retirement or college tuition than a new house. Whatever the case may be, it’s important to work with each other rather than against.