Home » latest post » In the Kitchen: Popular Spices for Your Holiday Recipes 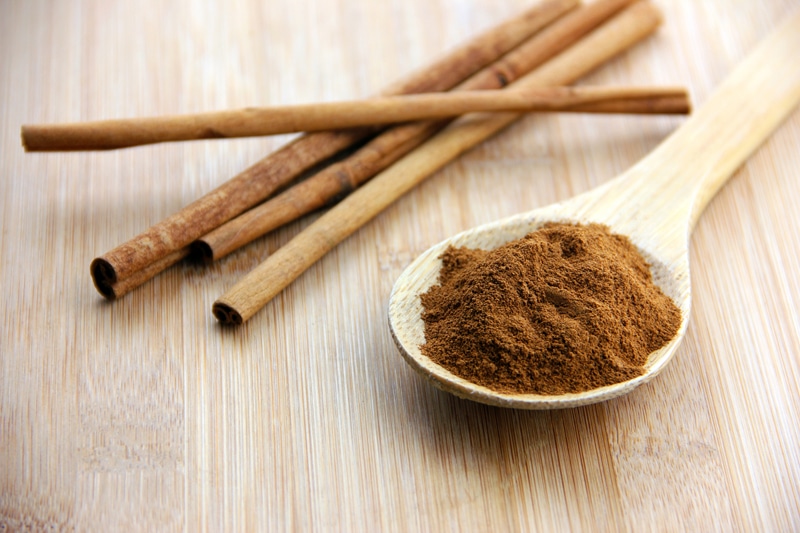 It’s the most wonderful time of the year! Making memories, seeing family from far and wide and, one of the most important aspects of the holidays, baking delicious holiday treats.

In this kitchen spotlight, we’re taking a look at a few of the top spices used in holiday cooking and baking so you can kick your holiday menu up a notch.

Where it’s from: Native to the Indonesian Moluccas Islands, also known as the Spice Islands, nutmeg comes from the Myristica fragrans tree. Nutmeg is the seed of the tree, and mace, another less common spice, is derived from the dried shell of the seed. The Myristica fragrans is the only tree in the world that acts as the source for two distinct spices.

Nutritional benefits: With its own unique flavor, nutmeg is mildly earthy and nutty with just a hint of sweetness. Although this spice is typically used sparingly, it’s also a rich source of vital B-complex vitamins, folic acid, riboflavin, niacin, vitamin A and many flavonoid antioxidants like beta-carotene.

Popular holiday recipes: Most commonly used in desserts, pies (specifically apple and pumpkin), muffins, custards, cookies and cakes, nutmeg is also a popular spice for sprinkling on holiday beverages. Whether it’s in eggnog, Masala chai, mulled wine, or used as a garnish over foamy coffee drinks, you can’t go wrong with a dash of nutmeg to spice up your seasonal drink.

Where it’s from: Cinnamon is a spice sourced from the inner bark of several trees of the genus Cinnamomum in the family Lauraceae. Roughly 80 percent of the world’s supply of Ceylon cinnamon, or true cinnamon, comes from Sri Lanka and South India, but it is also sourced from the Seychelles and Madagascar. Harvesting cinnamon requires a process of cutting, peeling away the outer bark and drying the inner bark.

Nutritional benefits: High in powerful antioxidants such as polyphenols, cinnamon has excellent anti-inflammatory properties. In fact, in a research study published in the Diabetes Care journal, findings showed that inclusion of cinnamon in the diet of people with Type 2 diabetes reduces risk factors associated with diabetes and cardiovascular diseases.

Popular holiday recipes: Considered one of the most popular spices second only to black pepper in the U.S. and Europe, cinnamon is used year-round, but it’s especially popular in holiday cookies, breads and candied nuts.

Twist on the traditional: If you want to try something new this holiday season, try using cinnamon as a sweet accent for roasted butternut squash, braised short ribs, or in a hearty Bolognese sauce.

Where it’s from: Allspice, also called Jamaica pepper and myrtle pepper due to its peppercorn appearance, is the dried unripe fruit of the Pimenta dioica tree. This tree is native to the Greater Antilles, southern Mexico and Central America, but allspice is now grown and harvested all over the globe in warm, tropical climates. The name “allspice” is thought to have come from the English, who thought allspice had a combined flavor of cinnamon, nutmeg and cloves.

Popular holiday recipes: When it comes to popular holiday dishes, allspice is used similarly to cinnamon and nutmeg in that it can be used in cookies, cakes and breads, but its biggest claim to holiday fame is being a popular ingredient in gingerbread.

Twist on the traditional: Allspice adds a deep, warm flavor to savory dishes, which is why it’s the primary spice used in jerk seasoning. This flavor makes it delicious for popular holiday dinner dishes including pork loin, spiced butternut squash soup or sweet potato casserole.