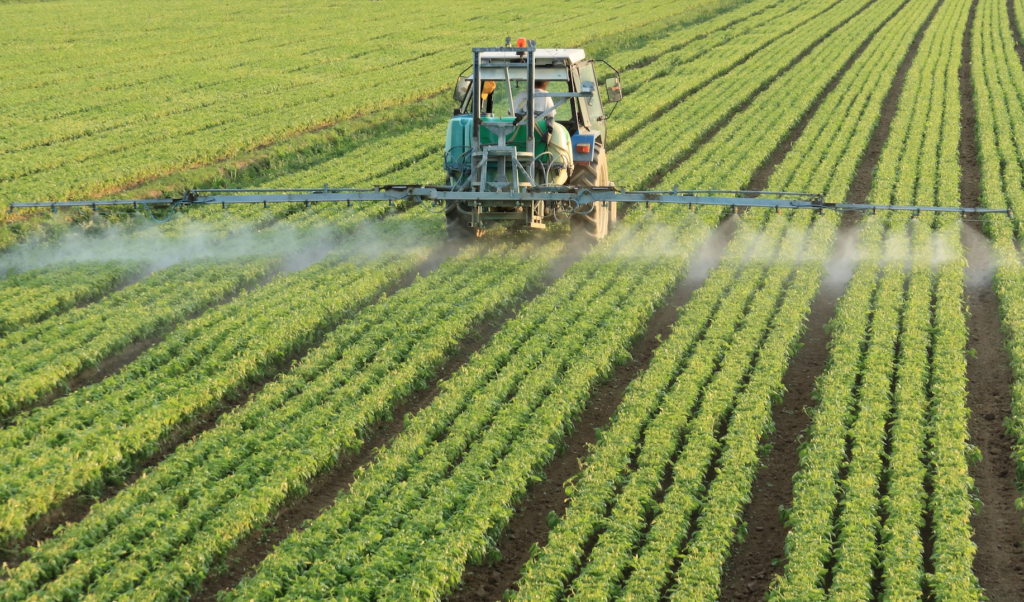 Current agricultural practices incorporate pesticides to keep our fruits and vegetables safe against harmful pests, but just how safe are they for our family? Is our food safe? Let’s learn more about pesticides.

What is a Pesticide?

According to the World Health Organization (WHO), the definition of pesticides are “chemical compounds that are used to kill pests, including insects, rodents, fungi and unwanted plants (weeds). Pesticides are used in public health to kill vectors of disease, such as mosquitoes, and in agriculture, to kill pests that damage crops. By their nature, pesticides are potentially toxic to other organisms, including humans, and need to be used safely and disposed of properly.”

A study by Aktar et al. (2009) appearing in Interdisciplinary Toxicology describes one benefit of pesticides as vector control. Mosquitos in particular are very common pests in Florida. While they can be a nuisance, they also carry diseases to humans and other animals such as malaria, Zika virus and West Nile. According to UF’s Institute of Food and Agricultural Sciences (IFAS), other types of pesticides used to combat insects include treating termites that destroy our homes, fruit flies that destroy crops, and fire ants, which cause painful stings and sometimes kill livestock.

Other benefits listed by Aktar et al. (2009) include the protection of crops from weeds and pests. Minimizing crop damage due to these causes can help produce a larger quantity of higher quality agricultural products. This includes many of the foods we eat, such as fruits, vegetables and grains.

In the United States, the Environmental Protection Agency (EPA) requires rigorous testing before any pesticide is approved. The active ingredient used in the pesticide will be submitted to approximately 140 different environmental, ecological, and toxicological studies to determine effectiveness and safety. According to UF/IFAS, the process from the lab to the shelf will take approximately five to nine years and cost up to $250 million. Once a pesticide has been approved by the EPA, the manufacturer is required to use a label with detailed instructions on how to use the product safely and legally.

What are the Risks?

The National Pesticide Information Center (NPIC) notes that the type of pesticide along with the amount of exposure determines pesticide risk. The method of exposure (inhalation, ingestion or dermal) also plays a role. The Penn State Extension defines risk as Hazard = Toxicity x Exposure, taking into account both the type of chemical and the amount of exposure. For this reason, the WHO defines the most vulnerable population to pesticide exposure and damage to be agricultural workers who treat the crops and come in close proximity for extended periods of time. Other high-risk groups are employees who work in chemical production plants or handle the chemicals regularly. For those at highest risk, it is recommended that they wear protective equipment, or PPE, to minimize exposure.

The Center for Ecogenetics and Environmental Health also states that fetuses, children, pregnant women, nursing mothers and women of childbearing age are at risk for adverse outcomes from pesticide exposure due to exposure during critical developmental periods.

A study completed by Nicolopoulou- Stamati et al. (2016) in Frontiers in Public Health discusses many potential negative health implications from pesticides such as certain cancers, endocrine system disruption, Parkinson’s, Alzheimer’s, dementia and more common chronic conditions such as diabetes and high blood pressure. While more studies are needed to evaluate the levels at which these changes occur, it’s worthwhile to take note and consider ways to minimize exposure.

While there are potential risks with pesticide exposure, laws such as the Food Quality Protection Act help monitor the amount that shows up in our food supply. This law closely regulates pesticides in our food and risks for potential harm.
In general, the benefits of eating fresh fruits and vegetables outweigh the risks of residual pesticide ingestion.

In November, Kiddos Can Visit The Jacksonville Zoo And Gardens For Free

10 FREE Things To Do In Gainesville With Your Kiddos!