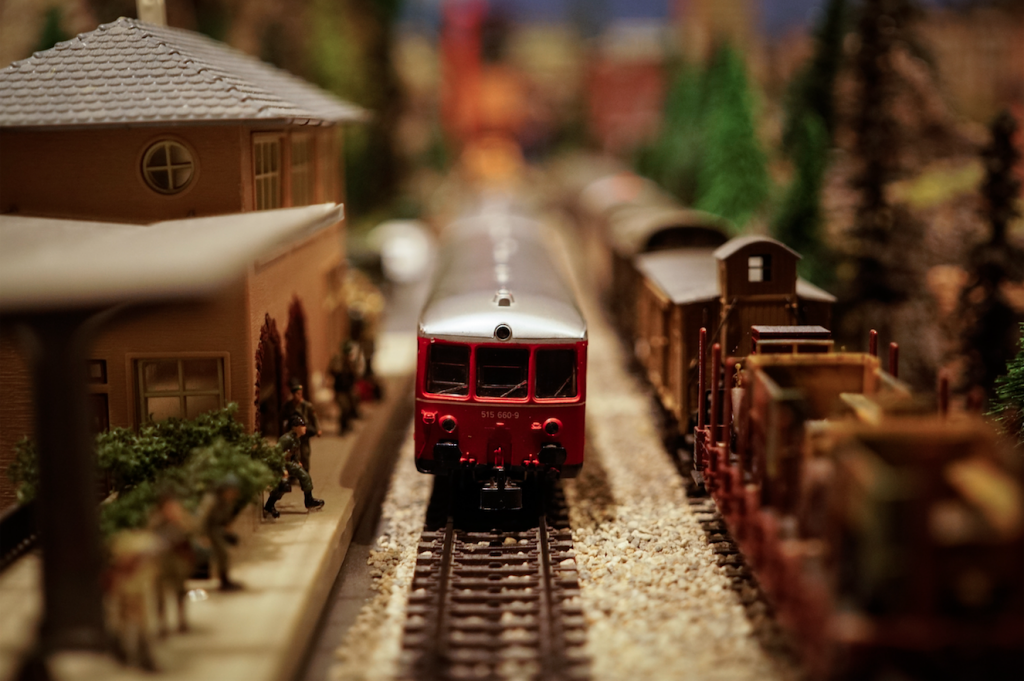 It took hours for us to set up the tracks for my son’s train table, and less than a minute for him to tear apart. It has been a constant battle to get him to play nicely with the tracks, and a never-ending cycle of fixing them for him only to have him destroy it again. So, I stopped.

I stopped fixing them (at least quite so often), and I stopped telling him not to knock them down. I reminded myself, “This is his toy. As long as he isn’t hurting himself or others, he can play with it however he wants.” Sometimes that meant he wanted a monster riding a giant flying tractor to crush the town. And I had to learn to be OK with that. And you know what? Once I let go and gave him that freedom, he started enjoying himself much more. He used to get so frustrated when a train would not fit through a tunnel, or when the tracks would accidentally come apart, but when I let him have free reign, I noticed so much more creativity. He would experiment with putting the tracks together in different ways, even try to make ramps! And it also helped me relax instead of worrying about keeping the table just so.

How many of us are guilty of trying to control how our children play? How many times have we insisted, “No, that’s not what that’s for,” when our child uses a toy in a way other than its intended purpose? How often do we try to enforce arbitrary rules when the little ones invent a game to play together? We need to stop. We are stifling their creative natures! I, for one, want to raise a generation of out-of-the-box thinkers, so I am making it my personal mission to let my children take charge of their own play while I supervise (or play along!).

I’m reminded of “The Lego Movie,” where “the man upstairs” (an 8-year-old boy) plays with his father’s intricate Lego sets and deviates from the instructions. “Lord Business” (the child’s father) wants to use his weapon called the Kragl (super glue) to freeze all the separate universes the way he has built them, and he admonishes his son for ruining things. The boy had such an intricate scenario (which is the main plot of the movie) and looks so dejected when his father reprimands him. I never want to break a child’s spirit that way.

Every now and then my controlling nature and desire for order still gets the better of me and I reassemble his toys the way they are “supposed to be.” And to an extent I think that allowing him to experience the “right” way of playing can be a positive learning experience. But as a general rule, I am now trying to step back and let my son lead the way.