Home » latest post » Should Kids Play in the Dirt? 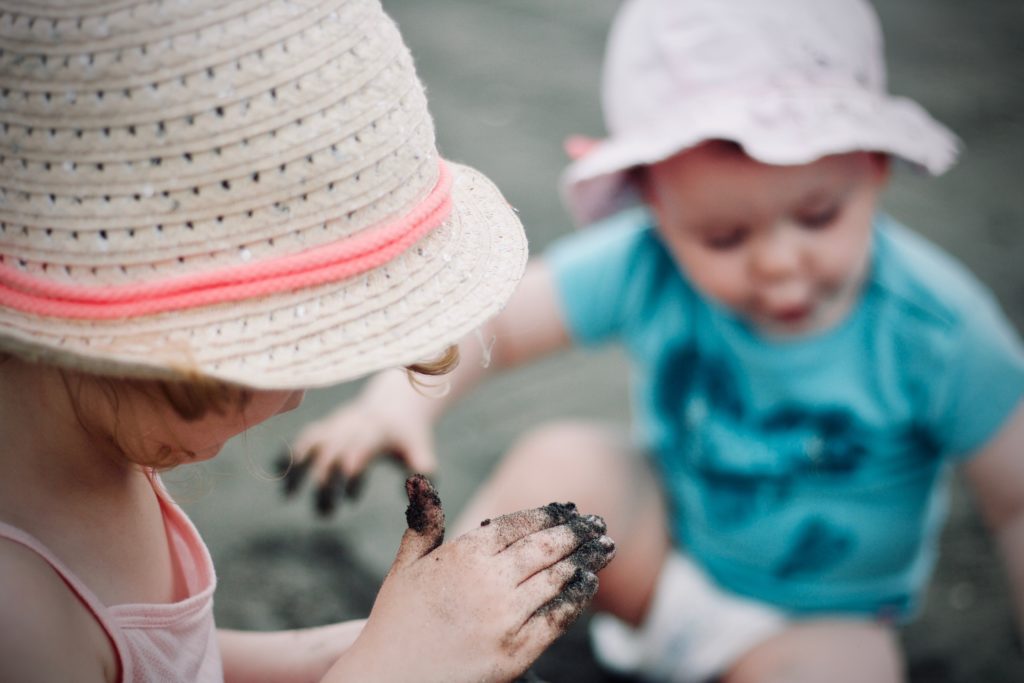 But what if playing in the dirt is actually beneficial for kids?

In a global pandemic, kids are spending more time inside than ever. The Child Mind Institute says the average child in America spends an average of seven hours in front of a screen and only four to seven minutes outside.

COVID-19 also makes parents worry more about germs, which leaves them in a tough spot: Do you let them outside? Keep them safe indoors? Douse them in hand sanitizer?

Despite those instincts to wash your hands first and explore nature later, letting children get down and dirty can make them happier – and healthier.

Keeping your kiddos squeaky clean can actually do more harm than good. According to the National Wildlife Federation’s report “The Dirt on Dirt,” kids confined to their homes and classrooms run greater risks of vitamin D deficiencies, nearsightedness and childhood obesity. In addition, when kids don’t get exposed to the parasites and bacteria naturally found in dirt, they’re unable to build strong immune systems.

Their hearts benefit from getting messy, too – and not just because they’re excited. The report also found that kids exposed to dirt early on – even in infancy – are less likely to have cardiovascular inflammation as adults, which can indicate heart attacks or strokes.

Finally, what about mental health? Mycobacterium vaccae is a bacterium that helps the brain produce more serotonin. In a study done on mice, those exposed to these bacteria showed less anxiety. Serotonin also helps kids and animals learn – the mice in the study had an easier time picking up new tasks as well.

With all these benefits, it’s time to get kids back outside!