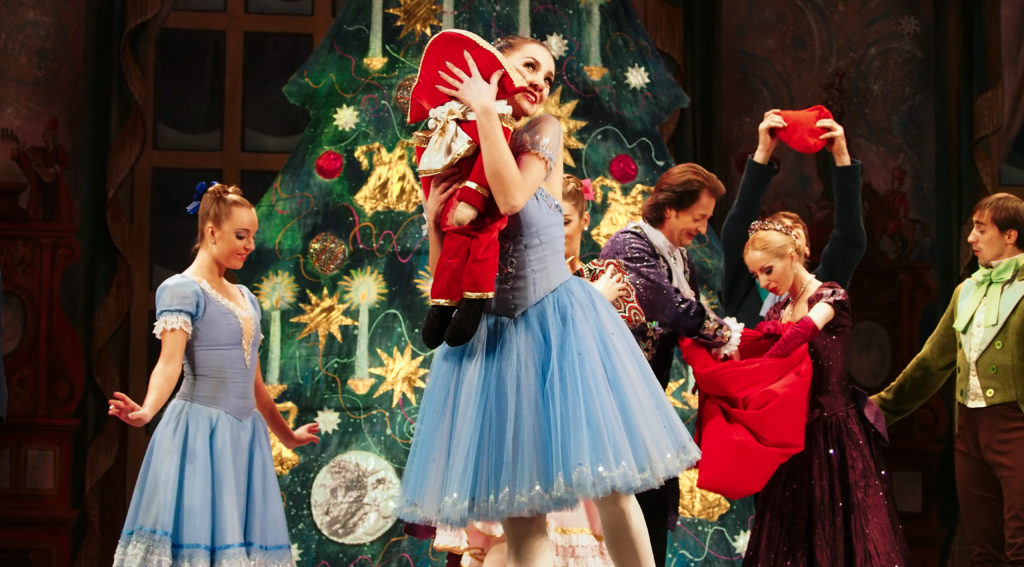 As we flip the calendar into December, we start seeing nutcrackers as part of traditional holiday decor. We explored the history of both the nutcracker toy as well as the ballet to add some background air to this delightful tradition.

The Nutcracker ballet has become a holiday favorite throughout America. Where did it originate, how did it gain popularity and what is the story about?

According to Dance Spirit, the original version of the Nutcracker story was written in 1816 by E.T.A. Hoffmann, who wrote “The Nutcracker and the Mouse King.” This was a dark tale about a young girl named Marie who ventured to the Land of Toys to defeat the Mouse King, who had shocking brainwashing powers. According to Ballet Beautiful, French writer Alexandre Dumas adapted the story into a lighter version in 1844 that was called “The Story of a Nutcracker.” It is the story by Dumas that was eventually transformed into the ballet we know and love today. In 1890, Pyotr Ilyich Tchaikovsky began to compose the music for the ballet. According to the Moscow Ballet’s History of the Nutcracker, the ballet premiered the week before Christmas in 1892. Unfortunately, Tchaikovsky died in 1893, never knowing how wildly popular his ballet would become. 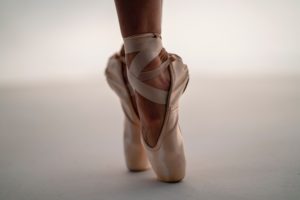 The Nutcracker made its way across the ocean to the United States in 1944, premiering with the San Francisco Ballet. In 1954, George Balanchine, leader of the New York City Ballet, was asked to further edit the Dumas version into what we know today as “The Nutcracker.” It is with Balanchine and the performances of the New York City Ballet that the production became the astounding success it is today.

According to NutcrackerBallet.net, the story begins on Christmas Eve at the Stahlbaum home during an elaborate holiday party. Godfather Drosselmeyer arrives and gives lavish gifts to his godchildren, Clara and Fritz. Fritz receives a drum and Clara receives a nutcracker doll. Fritz becomes jealous of Clara’s gift and breaks the nutcracker. Clara is devastated and falls asleep under the Christmas tree, clutching her beloved doll.

As Clara begins to dream, the toys in the room come to life, including her nutcracker doll, who leads an army to face the evil Mouse King. Eventually, the nutcracker doll turns into a Prince and escorts Clara to the Land of Snow and the Land of Sweets, where they are welcomed by the famous Sugar Plum Fairy.

The ballet concludes after their adventures when Clara awakens from her fanciful dream, still clutching her beloved nutcracker under the Christmas tree. 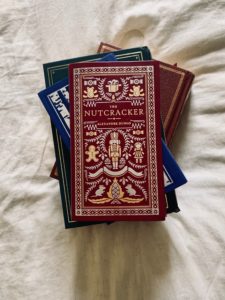 In ancient times, people used rocks to crack open walnuts and other nuts with a thick outer shell. In fact, according to the Nutcracker Museum, archaeologists have identified stones used for cracking open nuts dating back 4,000 to 8,000 years ago in the Archaic Period.

According to the Nutcracker Museum, the wooden nutcracker we recognize was born in Eastern Germany in the Sonneberg and Erzgebirge regions, bordering the Czech Republic, in the early 1800’s. This area was a mining region and during the winter months, men spent time woodworking and carving items for their family. The Kids
Love Nutcrackers site (part of the Leavenworth Nutcracker Museum) states that it was believed that having
a nutcracker in the window helped ward off evil spirits and protect the family. The first nutcrackers were whittled by working class citizens and decorated in the likeness of kings and soldiers to represent the upper class working for them by cracking open their nuts. According to German website Oktoberfest Haus, Wilhelm Fuchtner, the father of the nutcracker, produced the first commercially available wooden soldier nutcrackers in 1872. 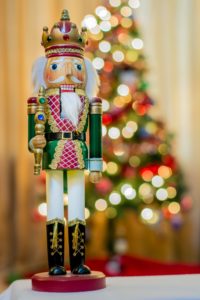 According to the Australian Ballet, the toy nutcracker gained popularity in the United States after World War II, when American soldiers brought home nutcrackers purchased from Germany’s famous Christmas Markets while they were stationed overseas. When the Nutcracker ballet became popular in the United States a few years later, the wooden toy soldiers solidified their place in American holiday decor.

Want to learn more? Check out the Leavenworth Nutcracker Museum in Leavenworth, WA or the Nussknackermuseum in Neuhausen, Germany that are dedicated to nutcrackers and their rich history. There is also the Ironworks Museum in Rouen, France and another museum in Tarent, Italy that feature historical nutcrackers.

Where to Find Santa This Season!

The Montessori Method: Toys that Teach