Home » latest post » Understand Your Child’s Growth Pattern, One Inch at a Time 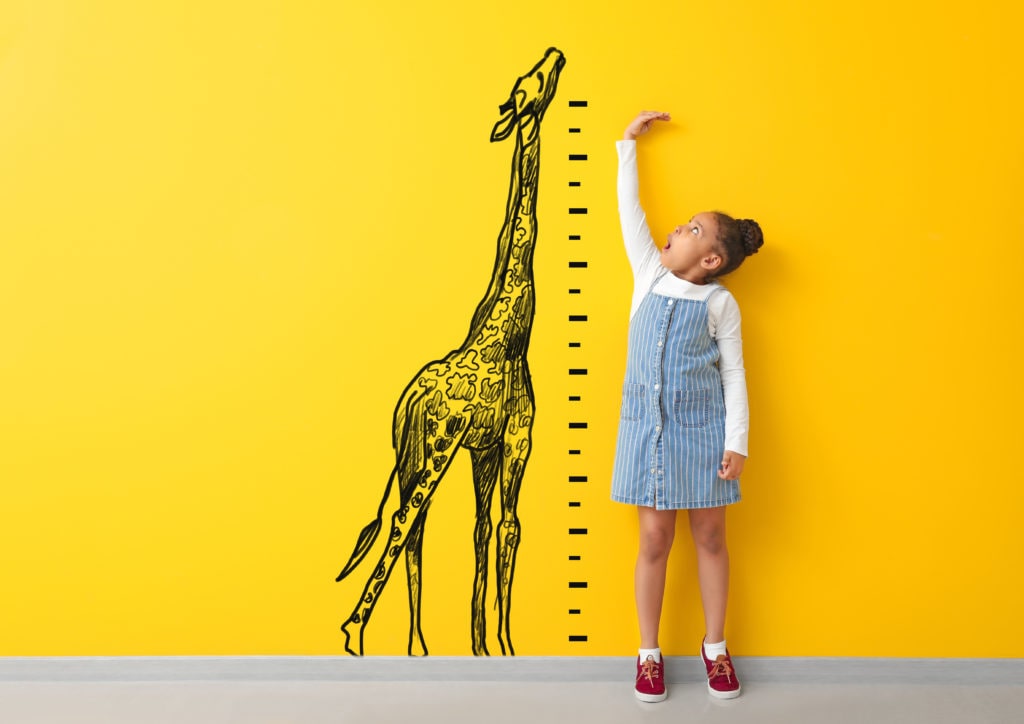 Throughout the infant stage and their childhood, parents may find themselves comparing their child’s rate of growth to other children around them. They may also become obsessed with percentile numbers and believe it’s an indication of whether their child’s growth pattern is healthy. But the numbers in these charts are just a benchmark. It’s normal for your child to be bigger or smaller than the average child, said Stephanie Kirkconnell, M.D., a pediatrician at Alliance Pediatrics.

“From infant to age 1, as a pediatrician, we are really looking for consistent weight gain,” Kirkconnell said. “A newborn’s size at first is really a reflection of the intrauterine environment. After that, a baby’s growth is influenced by genetics and nutritional status. Every child’s trajectory is different, so as long as your pediatrician feels your baby is growing at a healthy rate, there is no reason to be concerned.”

A growth spurt is a period where the child grows faster on average than in other periods of his or her life. Growth spurts occur most frequently in the first year of life when a child grows the most they will throughout their childhood. Nemours Children’s Specialty Care advises that while babies can have growth spurts at any time, they typically will have their first growth spurt between one and three weeks; and another between six and eight weeks. Typically, they will occur again at three months, six months and nine months. After the first year, on average, babies will triple their birth weight and grow an average of 10 centimeters.

Different factors affect a child’s growth pattern with the most major cause being genetics. However, there are other factors that may be in play. Breast fed babies may grow more rapidly in the first three months than formula-fed babies with the opposite being true after that time. Hormonal imbalances, medications like steroids, health conditions and genetic disorders may affect growth. Finally, good sleep helps to influence growth positively.

Kirkconnell advises parents to understand that this range of ages for puberty varies widely between all children. Many children who are “late bloomers” have constitutional growth delay. This is a normal condition that affects children growing at a healthy rate, but who may not experience puberty at the “average” time, she said.

As far as physical growth, girls typically stop growing at about age 15 and boys stop at around age 17, Kirkconnell said.

A pediatrician will look at their current height and weight trajectory and address any areas of concern. Eating a healthy diet, getting adequate sleep and being physically active are all good habits to keep to encourage healthy growth in every child.

AVERAGE WEIGHT AND HEIGHT FOR EACH STAGE

According to the World Health Organization and the U.S. Centers for Disease Control and Prevention.