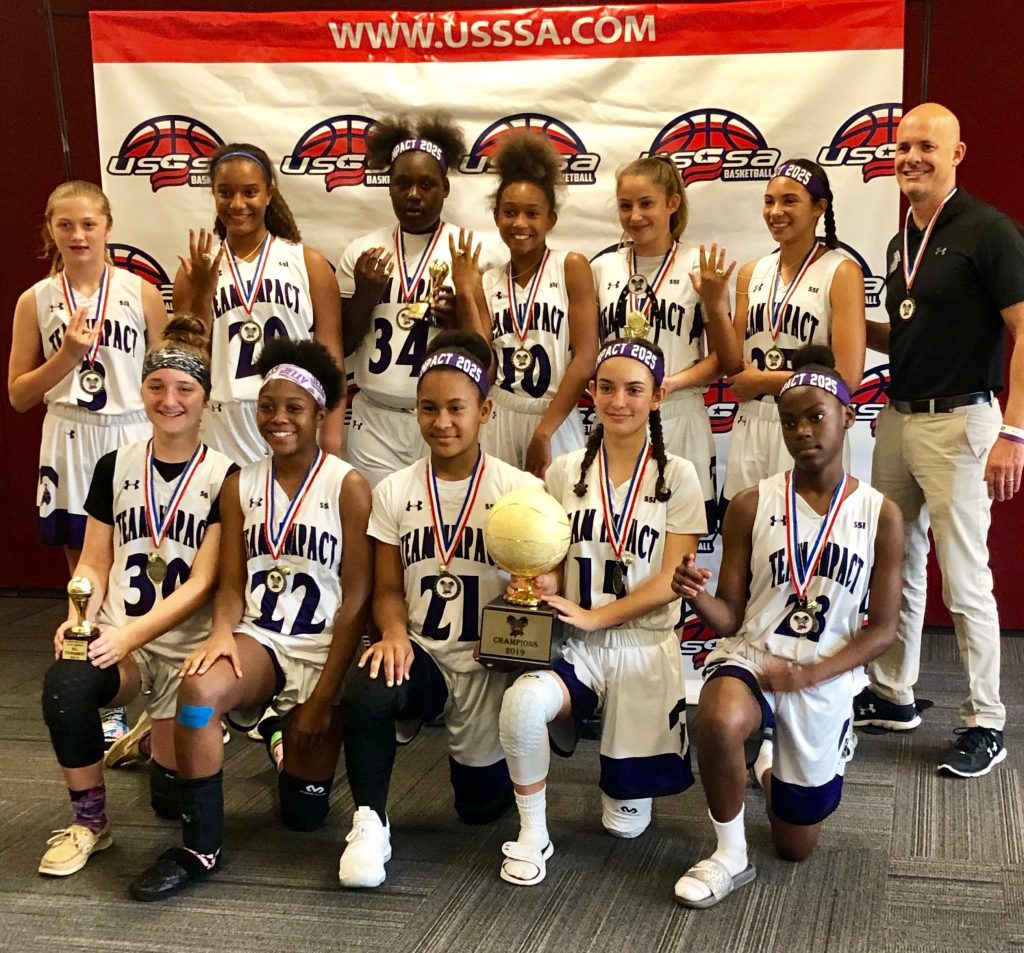 Gainesville’s own Team Impact girls’ basketball program is giving talented female students the opportunity to play competitive basketball regardless of their family’s ability to pay large player fees. According to Chris Fischer, head coach of Team Impact 2025, Team Impact is a non-profit established in 2016 with the intent of providing local girl basketball players with the opportunity to play in front of college coaches, greatly enhancing their chances of earning a scholarship. It is their mission to ensure that any child with the talent and desire to play is able to do so, Fischer said.

What has Team Impact Accomplished?

After its inaugural season in 2017, it was clear that the Team Impact girls’ basketball program was not only beneficial for families with talented students, but it was also successful. Since 2017, Team Impact has collectively racked up five state championships and one national championship in just three seasons, according to Fischer.

From a parent’s perspective:

Jenny Baker, mom to 12-year-old Delaney Baker on Team Impact 2025, can’t say enough about how happy she is to be a part of the Team Impact program as a parent. Even though she has to drive Delaney and her friend 35 minutes to practice, she said it is definitely worth it.

“It’s amazing, and the parents are great,” Jenny said. “All of the players have a very unique connection on and off the court. It’s neat to watch them.”

Jenny believes that Team Impact is shaping Delaney to do big things in the future. According to Delaney, it is her goal to continue playing basketball into her college years.

“Being a part of the Team Impact organization has positively impacted the  basketball skill development of our girls, enabling them to become the standouts on their middle and high school teams,” Fischer said. “Beyond basketball, they are exposed to experiences that they might not otherwise have such as traveling to other states and making lasting friendships with girls they would have otherwise likely never known.”

The Team Impact girls’ basketball program is a subsidiary of Scholastic Sports, Inc. In addition to player fees and fundraisers, it depends on the generosity of the people in the community to fund the program. To find out more about Team Impact, click here!