Home » latest post » When Is It Smart to Get Your Child a Smartphone? 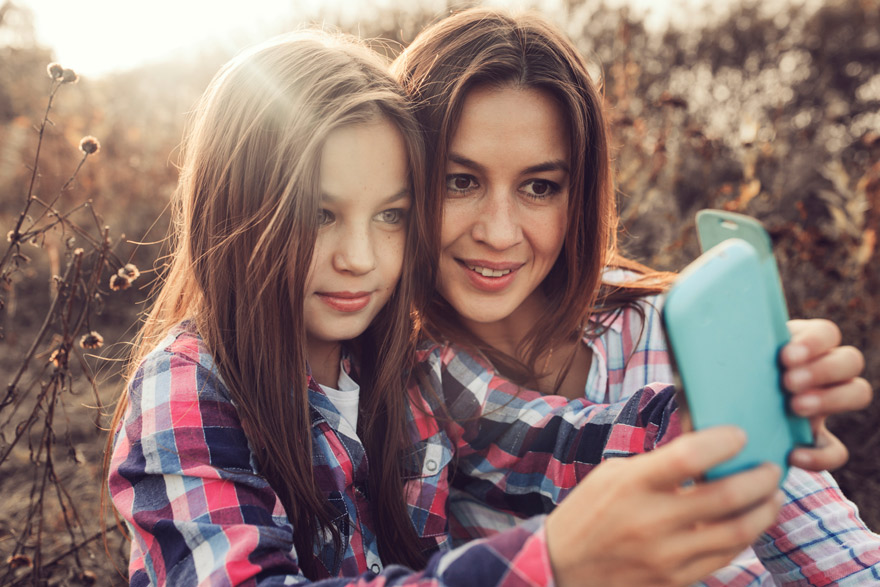 Smartphones are becoming more and more of a necessity for the tween crowd. Tweens are rarely off the grid, and they use their phones for both communication and entertainment. I recently had dinner with friends whose three adolescent children were plugged in for the majority of the meal. They socialized with each other and obeyed their parents when it was time to unplug, so they appeared to be mature enough to handle this responsibility.

How do you know if your child is ready for this privilege? Here are a few questions to consider.

Why does my tween want a phone?

Because everyone else does!” And, that’s probably true. “My daughter got her phone at the end of fifth grade and was the last kid in her class to have one,” said Cathy Coverini, mom of one. “It was just a flip phone because it was used to call me for emergencies only.

Some kids feel the peer pressure of getting a phone and worry about feeling excluded. If a tween’s friends have made plans with each other through text message, but she was not informed because she didn’t have a phone, she might experience sadness, loneliness and jealousy. Socializing with friends increases in importance at this age, and if a child feels like she doesn’t fit in, it could have a lasting impact on self-esteem.

Is my child ready for this responsibility?

Take into account other responsibilities your child has. Does he do his homework or chores without being prompted? How are his grades? Does he have respect for his belongings? Answering these questions will help determine if he is mature enough to have a phone. Openly discuss that having a phone is a privilege and he or she will have to meet regular expectations to keep it. “My son just got his for his 12th birthday only because of bus breakdowns and baseball practice,” said Laurie Wohl, mom of one. “It’s a burner phone with very little data, so no playing unless he’s home on Wi-Fi. We have full access to everything on it and he’s responsible for charging it.” Wohl also said that when her son first received the phone, he used a month’s worth of data in two days, so explaining the rules multiple times may be in order.

How can I monitor what my child does on his phone?

In my practice, I’ve spoken to parents who have taken away their teen’s phone due to getting poor grades or sending inappropriate text or video messages, and that is a very reasonable consequence. Let your child know what will not be acceptable phone practice and what are grounds for restriction. Programs such as TeenSafe and TheOneSpy can monitor your tween’s phone activity, including deleted messages and pictures, as well as posts on social media.

How do I talk to my kids about sexting?

Peer pressure isn’t reserved for the locker room or playground. Kids are faced with pressure even more so if they are “connected.” I’ve heard of many tweens who have met someone on Kik or Snapchat and have been asked to send a naked picture or video of themselves.

According to a study from the University of Texas, 28 percent of teens admitted to sending a sext. Of those who were propositioned to send one, 76.2 percent admitted to having sexual intercourse.

Be open and honest with your kids about sexting, just as you would when talking about sex. Let them know that their actions will have consequences. For instance, what if the picture is shown around school? Twenty-five percent of kids forward the pictures or videos to someone else. There are also the legal ramifications to consider. In Florida, children who send or receive texts with nudity face misdemeanor charges for the first two offenses. A third offense brings felony charges. Children with a higher self-esteem are less likely to succumb to peer pressure, so be sure to monitor how your tween views his/her self.

Setting up parental control on smartphones

Go to settings > general > restrictions > switch to “on.” Parents can restrict content, apps, purchases and privacy settings with a personal passcode.

Go to settings > users > add user or profile > restricted profile. Set up a profile and view the apps installed on your child’s phone. You can select those apps with which you are comfortable, including web browsers.