Home » latest post » Protecting Your Family Against the Whooping Cough 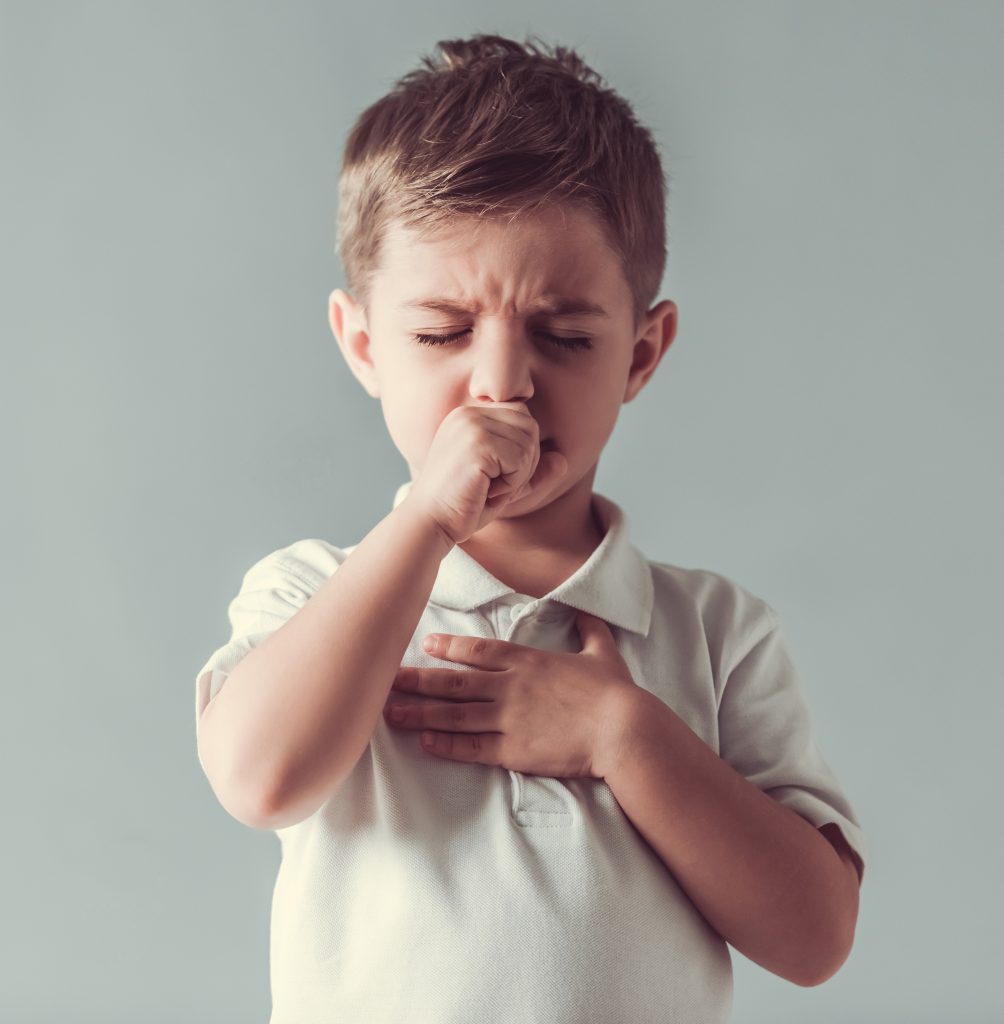 From the common cold to chickenpox, children pick up all kinds of illnesses—whooping cough is one of them. This highly contagious respiratory tract infection, also known as pertussis or “the 100-day cough,” causes an intense hacking cough, according to Mayo Clinic. But where does it get its name? Physicians explain the “high-pitched intake of breath” following the cough and sounds like “whoop.”

Mayo Clinic reports that symptoms of whooping cough take between 7-10 days to develop. Symptoms include having a cough, runny nose, fever, congestion and watery eyes.

While these symptoms resemble that of the common cold, a cold typically only lasts up to 10 days, according to Cleveland Clinic. Symptoms of whooping cough begin to worsen around two weeks. The cough becomes more severe and may cause vomiting, fatigue and the “whoop” sound during inhalation, according to Mayo Clinic. Children may also experience severe symptoms, such as coughing fits causing them to turn blue from a lack of oxygen.

Despite the name of the illness, the “whoop” may not arise in everyone, especially infants. Instead, they may gag, gasp or momentarily stop breathing, according to the Center for Disease Control and Prevention (CDC).

How do kids get it?

Whooping cough is caused by a bacteria called Bordetella pertussis. Because it is highly contagious, it spreads when someone who
has the infection exhales. When someone with whooping cough coughs, breathes or sneezes, the individual expels droplets of fluid containing the bacteria. According to the CDC, a person exposed to whooping cough will get sick if they are not immune.

If your child develops whooping cough symptoms, monitor the intensity of their coughing fits. If their cough causes them to “whoop,” vomit, struggle to breathe or turn blue in the face, take them to the doctor.

Because whooping cough is extremely contagious and can be fatal, consider getting your child the whooping cough shot. According to the CDC, the first dose is available to babies at 2 months old. There are six total doses, with the second dose available at 4 months, the third at 6 months, the fourth at 15 months, the fifth at 4 years and the sixth at 11 years.

Most children do not experience side effects from the vaccine. However, some may experience vomiting, fever or redness where the shot was given. In very rare cases, seizures or fevers above 105 degrees may occur.

The vaccination not only protects your child from whooping cough and its potential complications, but it can also help prevent other deadly diseases, such as diphtheria and tetanus.

This illness is most dangerous for young children, according to the CDC. If your child gets infected and is less than 1 year old, they may require hospital care. Whooping cough can lead to pneumonia, which is a serious lung infection. It could potentially also cause uncontrollable shaking, brain damage and, in some cases, it may be fatal.

Anyone who plans to be around newborns or young children should be up to date on their whooping cough vaccine, according to Cleveland Clinic.This illness is contagious, even in the early stages when symptoms resemble the common cold, so it is important to protect yourself and the unsuspecting children around you.

How to Introduce Your Baby to Solid Foods