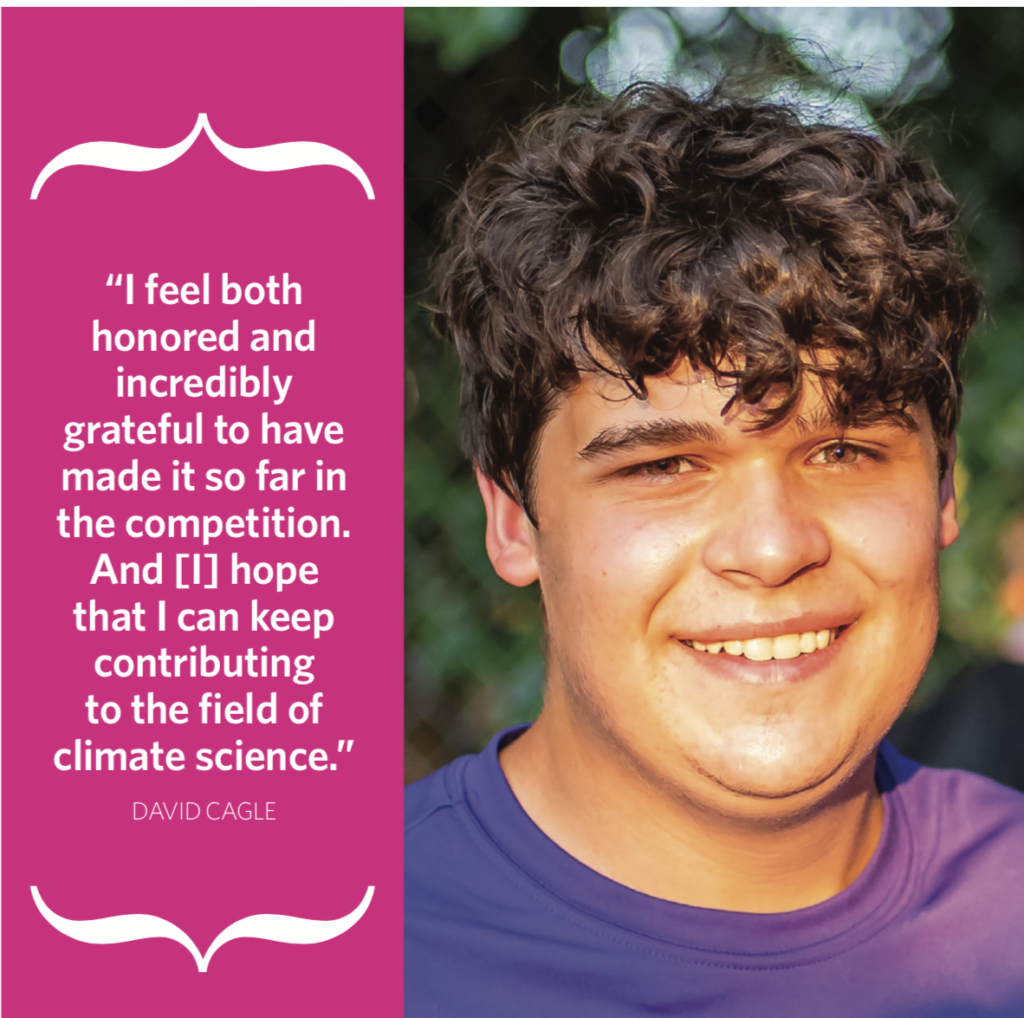 Cagle, a junior at GHS, and his out-of-state partner Jackson Parrott, worked together virtually to compete in the tournament-style Climate Science Olympiad. The Olympiad is a problem-solving tournament in which youths, aged 14-25, find solutions to climate change.

The competition was held over a period of 10 months, from entry to the final round, and had a $10,000 prize pool for the top three teams. Though Cagle and Parrott missed out on the prize money and a trip to the United Nations’ Climate Summit, Cagle is proud of the work his team did.

“The Climate Science Olympiad has been an amazing experience for my partner and I,” Cagle said of the experience. “It’s allowed us to build on our friendship and learn to use our skills in order to help the world to combat one of its most prominent problems.”

Rounds in the competition varied from problem statements that the competitors needed to solve, to interview questions from several climate experts from around the world, to having teams explain and defend their solutions to certain climate issues.

For example, Cagle’s team qualified for the competition by writing a proposal to improve South Africa’s transportation system. The system in place now is unsustainable, using a high-emission minibus system that relies on localized vehicles that often are not government affiliated.

Their 10-year plan to improve the system involved the incorporation of lanes and sidewalks, as well as switching to public buses instead of the minibus system. Also, the drivers of said minibuses, according to Cagle’s team, would be integrated into the new solution by becoming drivers within the public bus system. This proposal was estimated to have emissions decrease by 50%.

The rounds that followed the qualifying round (semifinal and finals) were similar in nature. An instruction to improve Bihar, India’s sustainability development came next, and the final round called for a proposal for the entirety of Southeast Asia.

These big changes were proposed by juniors in high school – and not just any high school, but the one in our very own backyard of Gainesville. Cagle competed while living his life, balancing band practice and the competition for months. He even had a band competition during the final round of the Climate Science Olympiad.

“I feel both honored and incredibly grateful to have made it so far in the competition,” he said. “And [I] hope that I can keep contributing to the field of climate science.”

Out of 12,400 competitors, Cagle’s team finished 14th overall. This was the third- highest finish for a high school team in the world. While it was not a first-place win, it was a victory to have Gainesville represented by a student like Cagle.

The Magic of Bubbles

Dip It, Dip It Good!