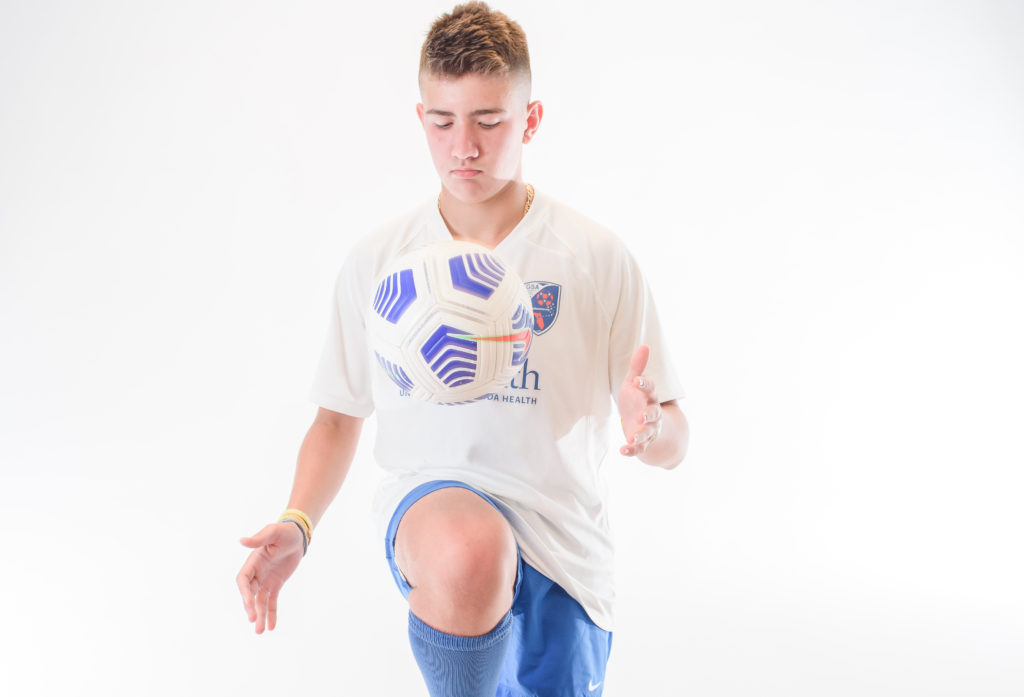 How long have you been involved in soccer?

I have been playing since I was three. I started at I-9 and other community leagues I played recreational soccer, then moved to competitive soccer at Gainesville Soccer Alliance (GSA). I have played in many 3V3 tournaments and other tournaments as a guest with an Orlando league, was part of a Central Florida competitive team and have played soccer for Queen of Peace Catholic Academy for middle school. I play mid-field as my position.

I love all sports, but soccer is my favorite because of the teamwork, ball skills, strategy, and endurance involved.

What team do you play for?

I play for GSA on the 2006 boys premier team. My jersey is lucky number three, also my birthday.

Would you like to go to college or the Olympics and continue on in soccer?

The Olympics would be such a huge honor, as that is like the pinnacle for any non-professional athlete. I do want to play in college if I can. My only reservation is that SEC colleges don’t have male soccer, so I would not be a GATOR officially if I did get a soccer scholarship somewhere. I have always been driven to push myself in sports and academics, and I want to compete at the next level…but first, I need to get through high school which I start in the fall.

Who is your athlete inspiration?

In baseball, I can pitch and play third base. I used to play travel ball before focusing on soccer. I believe that strong academics and athletics should both be possible, and I work hard to stay focused on both. My family and my faith are my greatest allies.

PANDAS: What Is It and How Can It Be Treated?

Love Your Skillet: 3 Helpful Tips for Using and Maintaining Your Cast Iron Pan