Home » latest post » PANDAS: What Is It and How Can It Be Treated? 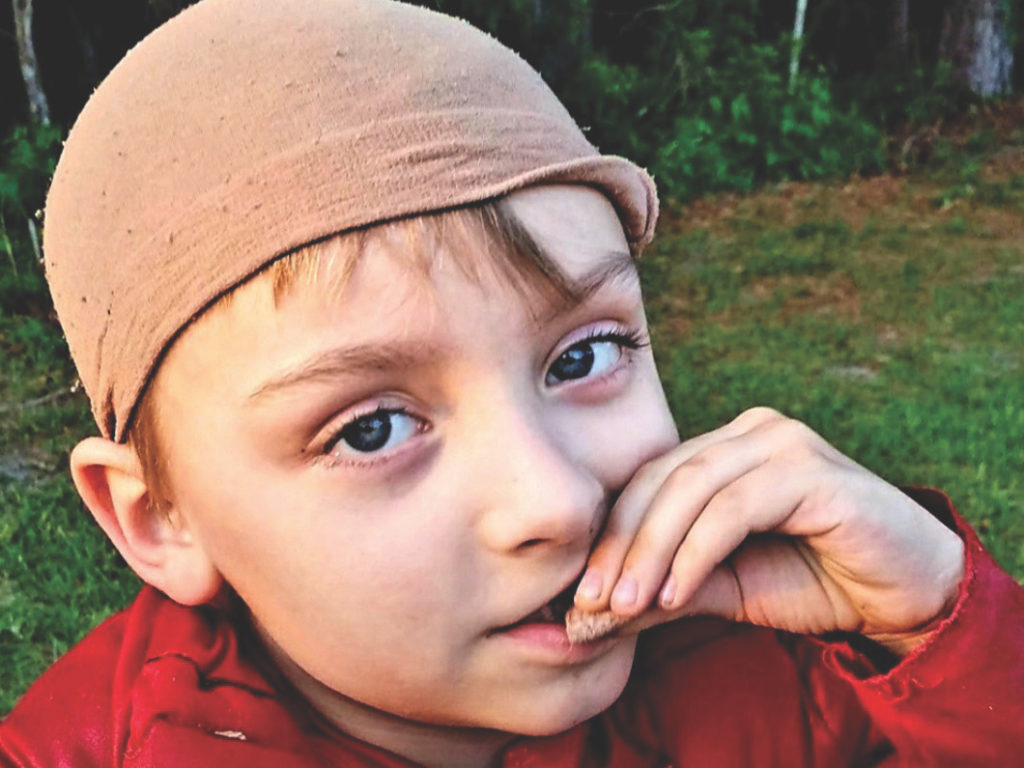 When local mom and hairstylist Tonya Cowart’s oldest son Michael was three years old, out of the blue she noticed he began sucking on his fingers. His preschool teacher told Tonya that he had been doing it all day, and she worried it may be a problem. Out of caution, Tonya took him to the pediatrician that day. After quizzing Tonya about his symptoms, the pediatrician diagnosed him with PANDAS, an autoimmune disorder which results after exposure to strep bacteria. Tonya didn’t know it, but Michael was experiencing one of many “tics” that would follow him for the remainder of his life.

PANDAS (Pediatric Autoimmune Neuropsychiatric Disorders Associated with Streptococcal Infections) is a condition which occurs when infections like strep throat trigger a misdirected immune response, which results in inflammation of a child’s brain. As a result, the child can begin to exhibit dramatic life changing symptoms such as obsessions, compulsions, motor and/or vocal tics. Luckily, Tonya had Michael diagnosed the day that the started exhibiting a tic, which may have played a key role in dealing with this condition and not making it worse.

Once PANDAS is suspected, a throat culture or blood test can confirm whether the child had been infected with strep bacteria. In Michael’s case, he was asymptomatic but still possessed the bacteria. Once a child gets infected, the bacteria attaches molecules on the cell wall and evades detection through “molecular mimicry,” according to the National Institutes of Health (NIH). Once it’s in the child’s system, it creeps into the part of the brain the controls obsessions and compulsions.

PANDAS can manifest itself in a number of symptoms. Besides obsessive-compulsive disorder (OCD), the condition can cause anxiety, mood changes, joint pains, sleep problems, changes in fine motor skills and frequent daytime urination. Despite the growing amount of evidence that PANDAS is a real and difficult condition, it is still controversial in the medical community due to what some doctors refer to as a “lack of sufficient evidence,” said the Child Mind Institute. However, the National Institute of Mental Health has classified it as a condition, and there is more growing acceptance of the disorder.

Despite this challenging diagnosis, Tonya was determined to help her son, as any parent would. Her pediatrician first prescribed a heavy dosage of Augmentin, a strong antibiotic to treat the strep infection. He took a 10-day dose which was difficult on his system. However, it did seem to help his symptoms. Other medications prescribed to Michael included ADHD medication and clomadine (a low dose blood pressure medication).

Over the years, Michael has had many tics and symptoms. Unfortunately, it was difficult at the time for Tonya to identify if some of these were his personality or tics from PANDAS. Now in retrospect, she knows that most of these tics were related to PANDAS.

“Michael had separation anxiety with me or special objects, suffered from different facial tics that would evolve over time, constant fidgeting, obsessively playing with certain toys like Legos, and irritability and mood changes,” Tonya said. “He also had high anxiety and a period of frequent daytime urination. He also went through a very difficult period where he had major joint pain. He hurt every day and had to take Epson salt baths for some relief. I also had him prescribed massages.”

“Michael also went through some major sensory issues with clothing and socks as well as sensitivity to loud sounds like fireworks and loud music. And like many people who suffer with OCD, he has repetitive behaviors or feeling the need to hoard collection of items. Michael’s focus at school also suffered which led him to repeat a year at school.”

“Many people don’t understand the severity of OCD and how debilitating it can be for patients who are suffering,” said Joseph McNamara, Ph.D., University of Florida associate professor of psychology in the Division of Medical Psychology, Department of Psychiatry. McNamara is the co-director of the UF Center for OCD, Anxiety and Related Disorders. “Typically, compulsions are actions people with OCD perform to obtain relief from their obsessions. These actions can be physically or mentally performed.”

Now at almost 13 years old, Tonya said that maturity has really improved his condition especially when it comes to coping strategies. Staying regular with medication, some cognitive behavioral therapy and items like fidget spinners have helped. Tonya happily reports that Michael does well in school, his handwriting has improved and he’s a very happy child.

“I was stressed out as a little kid. I wanted to stop ‘ticking,’ Michael said. “I got all that pressure off my back, and I am free of it.”

Although he has done better, Tonya says Michael knows his childhood was difficult. But she still thinks that he was one of the lucky ones. Even a delay of a few days can have a great impact on how a child develops and responds to treatment.

Michael still can have quirky tics, but he understands this. He now takes his medications in addition to fish oil for his brain health, vitamin D, and a probiotic in case he needs to get back on an antibiotic.

Once more private about Michael’s condition, Tonya has felt empowered about communicating about PANDAS and how parents can advocate for and help their child. She and Michael hope some parent reading this could help their child.

“I know it can be hard and frustrating because you can easily miss things that you think are normal habits and may not be,” Tonya said. “My advice to parents is to get them to their doctor immediately and diagnosed. Medication worked for us and may help your child.”

What is Michael’s advice to children diagnosed with PANDAS?

“Take your medication. You can get through this,” Michael said.

Eye Health for Kids at Every Stage

Health Anxiety in Children: It’s Real and Needs Our Attention