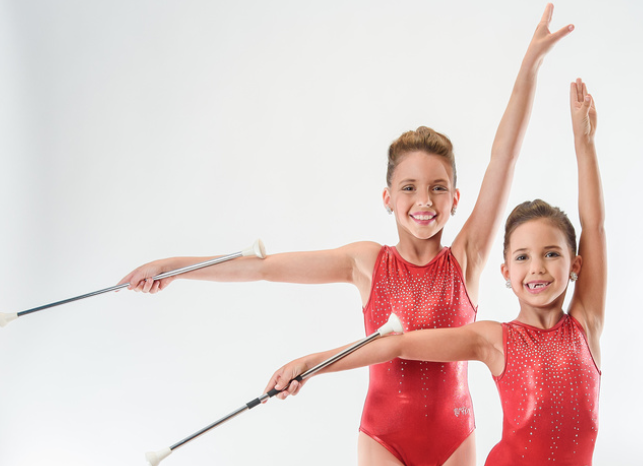 Meet Lorelei and Niery Turner, two sisters with a passion for baton twirling!

How long have you been involved in baton twirling?

Lorelei: I like to do x-strut (a type of event) because of the fun dance combinations combined with twirling. I also like that you can see your hard work pay off.
Niery: I like everything about baton, especially solo because of the hard tricks.

What team do you twirl for?

Our team is Allstars Twirling Academy.

Would you like to go to college or the Olympics and continue on in baton twirling?

Lorelei: I want to catch hard tricks at the end of my solo at nationals in the twirl off. If baton ever becomes a sport in the Olympics, I would want to go there and try to win and represent my country. In the meantime, I would like to be a feature twirler and have the opportunity to show people what I can do.
Niery: I set hard tricks for myself and try to achieve them. I want to do a solo at nationals with no drops. I want to twirl in college for the Crimsonettes at the University of Alabama.

Who is your athlete inspiration?

Lorelei: Braelynn Neely because she was a feature twirler at Georgia and she is great at demonstrating my new tricks. I also love Liz Stoeber, a current Gatorette and all of the other Gatorettes that were my former teammates.
Niery: Liz Stoeber, who twirls as a Gatorette at the University of Florida, and helps me with my routines.

Lorelei: I want people to try the sport and know that you can start at any level and with any skill set. I would like to have a world duet title with my sister.
Niery: I would like to twirl at Worlds one day and represent my country.

Homeschooling and Scouting: An Inexpensive Curriculum Even for Non-Scouts