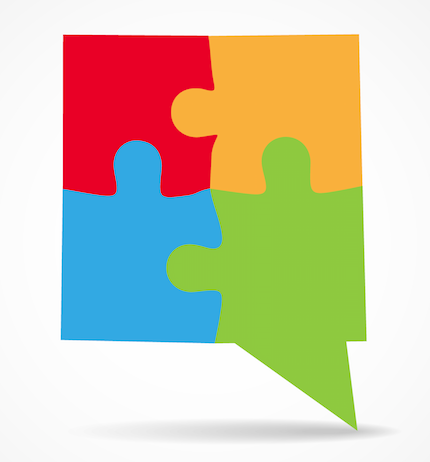 When it comes to autism, the earlier parents are able to detect it, the better the outcome for the child. According to Autism Speaks, early intensive behavioral intervention for children with autism spectrum disorders (ASD) can help improve learning, communication and social skills. Studies have also shown that early screenings can help identify children with autism as early as 12 months old. All children should be screened for developmental delays and disabilities during regularly scheduled doctor visits, and all children should also be screened specifically for ASD, according to the Centers for Disease Control and Prevention. The ASD screenings can be done during a baby’s 1-year check-up, where pediatricians use a brief parent questionnaire to determine if a baby has autism or is at high risk of developing it.

However, there are early signs of autism that parents can watch for themselves. It is important for parents to be aware of the developmental milestones their baby should be reaching and to become familiar with the common signs that may indicate your baby has an autism spectrum disorder.

Look out for the “red flags”

According to Autism Speaks, there are some types of behaviors to watch for, especially during the early, developing stages. These red flags can include no big, joyful expressions by six months; no sharing of sounds, smiles or other facial expressions by nine months; no babbling or back-and-forth gestures like pointing, showing, reaching or waving by 12 months; no words by 16 months; no meaningful, two-word phrases by 24 months; or any loss of speech or social skills at any age. If your child exhibits any of those signs, it might be time to ask your pediatrician for an evaluation.

Megan Mason, local mom of one, also emphasized that it is important for parents to continue looking for signs well into the toddler years. Her 5-year-old son, Luke, did not start showing signs until he was 2 years old, and as a result of missing those early, but very subtle, signs he did not begin treatment as early as he could have.

The earlier your child is diagnosed, the better the outcomes. Mason compared Luke’s brain to a sponge, and she said if had she spotted the signs earlier, Luke could have made more advancement by now. According to Friendship Circle, a non-profit organization for children with special needs, if a diagnosis is made when the child’s brain is more malleable and still developing circuitry, the treatment can be more efficient leading to increased positive outcomes. Early intervention gives babies a “social jump start” because they can begin training earlier with the hope of improving their motor and social skills and gain more success in the long run.

There are many treatment options designed to help children on the autism spectrum develop communication, behavioral and sensory skills, among others. According to Autism Speaks, these treatment methods are often a very intensive undertaking requiring the child’s entire family and a team of professionals be involved. Some of the main therapy and treatment options available for children on the autism spectrum include applied behavior analysis, relationship development intervention and sensory integration.

Applied behavior analysis, or ABA, has been used by therapists since the 1960s as a way to teach communication, play, social, academic, self-care, work and community living skills while reducing problem behaviors in learners with autism, according to Autism Speaks. Research shows that ABA has been effective in improving children’s outcomes, including their cognitive and language abilities.

Relationship development intervention, or RDI, is a family-based, behavioral treatment designed to address autism’s core symptoms. Through RDI, children with autism can learn how to form personal relationships and form an emotional bond by strengthening the building blocks of social connections.

Sensory integration therapy, or SI, is a treatment option that helps children with autism develop sensory processing through exposure to sensory stimulation in a structured, repetitive way. According to Understood.org, a non-profit support group for parents with autistic children, the theory behind SI is that over time and through repetition, the brain and nervous system will adapt and allow children to process and react to sensations more efficiently.

Now more than ever, through early intervention and effective treatment options, parents have the resources to ensure that children with autism spectrum disorders have a better chance for a jumpstart at a happy and healthy life.